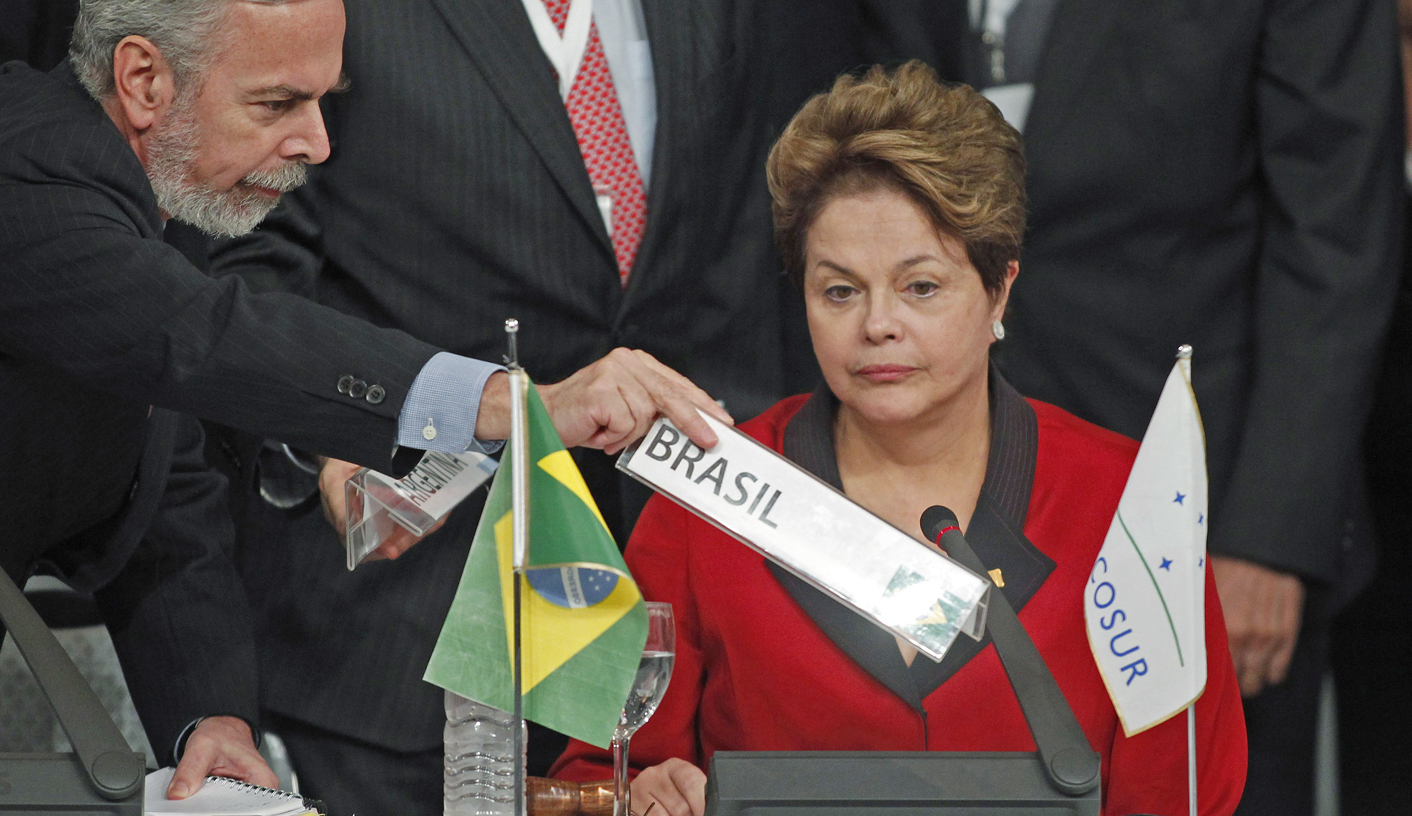 President Dilma Rousseff is pessimistic about Brazil's chances for a meaningful economic recovery this year and is pushing ahead with new measures aimed at lowering taxes and increasing investments, hoping they might give the economy a lift by 2013, government officials told Reuters. By Alonso Soto and Brian Winter.

The measures include a consolidation of some overlapping federal taxes; a new round of concessions that would allow the private sector to manage more of the country’s congested airports and seaports; and a more aggressive effort to reduce electricity costs for manufacturers and others, the officials said on condition of anonymity.

Brazil’s economy has been spinning its wheels since mid-2011 as weak manufacturing activity, financial contagion from the euro zone and souring investor sentiment take the shine off what had been one of the world’s most dynamic emerging markets.

Rousseff, a trained economist, has reacted with several targeted tax cuts and more than half a dozen packages aimed at stimulating consumption and investment. However, many business leaders and foreign investors have complained that her policies have been too ad hoc and narrow in scope, citing forecasts that now see growth as low as 1.5 percent this year.

While senior members of Rousseff’s economic team have publicly held out hope for a strong rebound in late 2012, the mood in private is more bearish — in part because data on manufacturing and retail sales remains flat, the sources said.

The slower growth has come as a shock after Brazil grew at a better than 5 percent pace in recent years, including a torrid 7.5 percent expansion in 2010. After just 2.7 percent growth in 2011, some worry that Brazil’s labor and infrastructure bottlenecks will keep growth in the 3 percent neighborhood for years to come unless more drastic steps are taken.

The source said Rousseff hoped to push through the latest measures before early August, when a twice-yearly meeting of about 30 leading chief executive officers will occur in Brasilia, as a gesture to the private sector.

The move most likely to stir investors, for both practical and symbolic reasons, is the new round of port concessions. Airports and seaports are routinely cited as some of the country’s most crippling bottlenecks, slowing everything from commodities exports to business travel, as public investment failed to keep up with the boom in the economy over the past decade.

Rousseff announced shortly after taking office in January 2011 that she would allow private capital to partly operate three strategic airports: two near Sao Paulo, and one in Brasilia. Concessions for those airports were awarded earlier this year.

The officials declined to say which additional airports Rousseff was considering, but one of the targets could be Rio de Janeiro’s international airport, which needs renovations ahead of the 2014 World Cup and 2016 Olympics. Rio’s governor, Sergio Cabral, described the airport in an interview with Reuters last year as being like “a third-rate bus station.”

A new round of concessions would not only help ease congestion in the medium term, but also be interpreted as a welcome shift by Rousseff toward pragmatic solutions. Her ruling Workers’ Party, with roots in labor unions, has traditionally opposed privatizing state-run assets.

NO BIG LAYOFFS – YET

Brazil’s slowdown has, at least so far, been child’s play compared with the problems in Europe and the United States.

There have been very few mass layoffs, and unemployment remains at historic lows of about 6 percent. Rousseff’s popularity also remains at all-time highs, in part because many Brazilians see the problems as a mere pause in their country’s long-term emergence as an economic power.

Officials in Brasilia are aware, however, that the situation could deteriorate if business leaders become convinced the slowdown is permanent. Recent surveys show confidence among industrial executives at its lowest level since the global financial crisis of 2009, and second-quarter corporate earnings are expected to be the worst since that year.

The slowdown, along with efforts by Rousseff to limit increases in government spending, has allowed Brazil’s benchmark interest rate to fall to 8 percent. That is still high by global standards, but it is a record low for Brazil, which officials hope will stimulate consumer spending.

Some business leaders have called for Rousseff to take even more dramatic measures, such as an omnibus reform package that could substantially reduce or simplify Brazil’s tax load. Rousseff has opted instead to pursue more targeted reforms to help struggling sectors on a case-by-case basis, believing that Congress would block a more ambitious, organized effort.

Reuters reported in May that Rousseff would reduce some federal fees and also negotiate with states to ensure a reduction of about 10 percent in Brazil’s electricity costs, which are the world’s third-highest.

The officials say Rousseff is now looking for an even steeper reduction of 15 percent to 20 percent for the end user — although a few years could pass until the reduction is fully felt by consumers.

The two levies, which experts say often overlap and are confusing to calculate, account for roughly a third of Brazil’s federal tax collection. Their importance to the budget could make them hard to reform without losing revenue, but the officials say Rousseff is determined to press ahead.

“We’re entering a new era,” another source said. “We need to make this leap in competitiveness that Brazil needs. We’ll make the structural changes so that the economy grows with more strength in coming years.” DM