Netanyahu: Hezbollah may get chemical weapons if Syria collapses 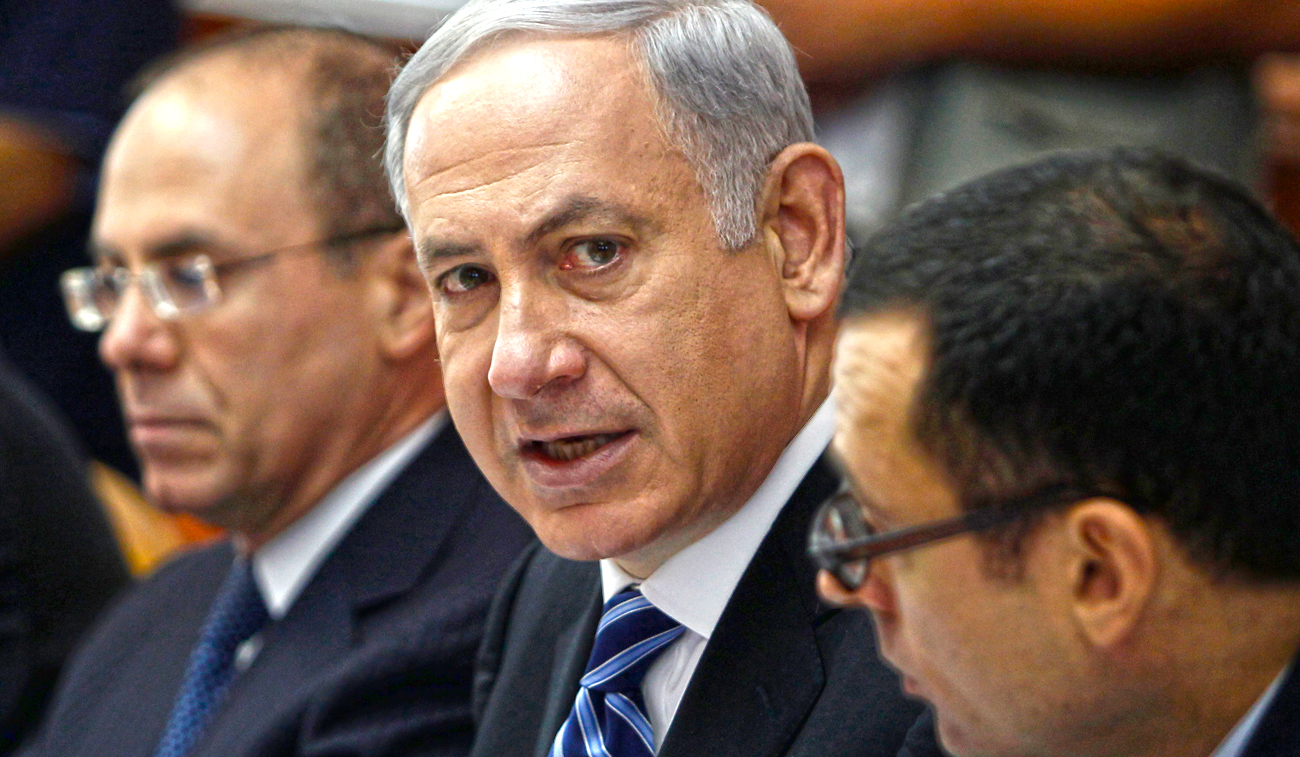 The "great threat" to Israel from the Syrian conflict is that the Damascus government may collapse and its stock of chemical weapons and missiles fall into the hands of the Lebanese Islamist group Hezbollah, Israeli Prime Minister Benjamin Netanyahu said on Sunday.

Interviewed on the U.S. “Fox News Sunday” television program, Netanyahu said Syrian President Bashar al-Assad’s government would fall, but he was more concerned about a chaotic “regime collapse” that would leave Syria’s weapons sites unguarded than a regime change.

“We certainly don’t want to be exposed to chemical weapons falling into the hands of Hezbollah or some other terror groups. … It’s a great threat,” he said.

“We will have to consider our action. Do I seek action? No. Do I preclude it? No,” Netanyahu said when asked whether Israel would act alone or prefer the United States to take the lead.

U.S. Senator John McCain said that in addition to the Israeli concerns, there was a risk that the Syrian government might use chemical weapons against its opponents.

” These are helicopter gunships, tanks, artillery that are slaughtering people, and now there is a risk – and I’m not saying it is going to happen – a risk that in his desperation, Bashar al-Assad might use those chemical weapons,” M cCain, the 2008 Republican presidential nominee, said on CNN ‘ s “State of the Union with Candy Crowley”.

Hezbollah, which in the past has received military and financial support from Syria and Iran, launched thousands of mainly short-range rockets into Israel during the Jewish state’s 2006 offensive in southern Lebanon.

Netanyahu reiterated Israeli charges that Hezbollah and Iran were behind a suicide bombing in Bulgaria last week that killed five Israeli tourists. Iran has denied any involvement.

“I know based on absolutely rock-solid intelligence that this is Hezbollah and this is something that Iran knows about very, very well,” the prime minister said.

Asked if he could give any hard evidence linking Wednesday’s bombing at Bulgaria’s Burgas airport with Hezbollah, Netanyahu said his government would share its intelligence with “friendly agencies.”

Netanyahu said negotiations by the United States and other world powers with Tehran over its nuclear program had failed to slow down uranium enrichment in Iran “one bit.”

“Since the previous round of talks, they’ve enriched material for five nuclear bombs,” said Netanyahu, whose country is believed to have the Middle East’s only nuclear arsenal. Iran denies seeking nuclear weapons.

He said while he agreed with the principles put forth by U.S. President Barack Obama in dealing with Iran’s nuclear program, “the real question is not stated policy but actual results on the ground.” DM