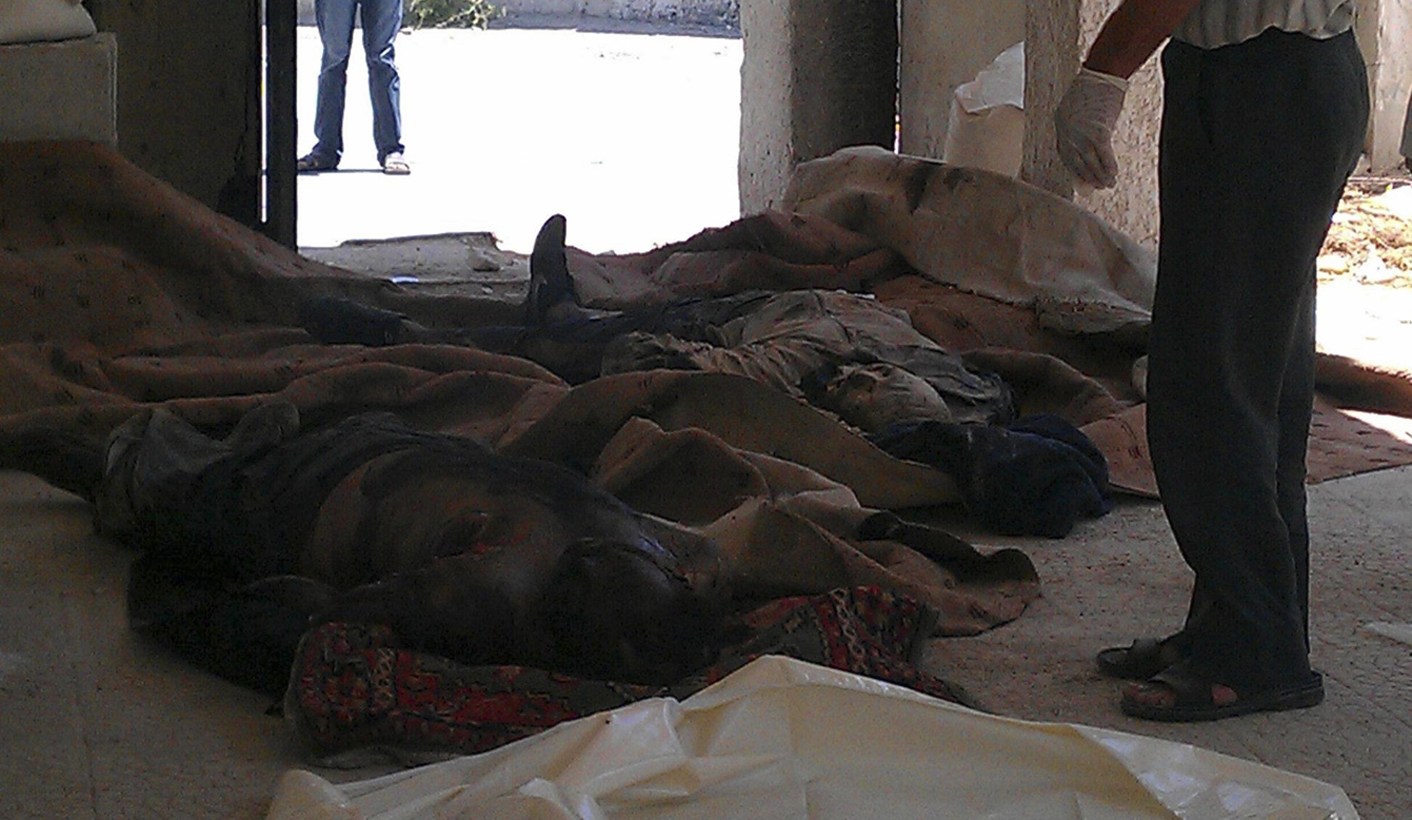 South Africa has abstained from voting on a United Nations Security Council resolution on Syria, claiming the resolution was worded in favour of one side of the conflict. Western nations were left perplexed and other onlookers were just as puzzled. Just where does South Africa stand on Syria? By KHADIJA PATEL.

For months, headlines have foretold the imminent collapse of the Syrian government. At The Daily Maverick, as far back as September last year, we predicted,  “The end is nigh for Syria’s Assad – and the Middle East as we know it”. And yet, almost one year later, the same headlines are still being thrown around, the same alarms raised.

For South Africa, the Syrian issue remains hugely relevant. The successful election of Dr Nkosazana Dlamini-Zuma to the chair of the African Union Commission aside, South Africa’s ambitions for greater clout in international affairs depend greatly on how the country’s foreign policy is exercised in the United Nations Security Council. If anything, Dlamini-Zuma’s election has been a glimmer of success for South Africa’s international relations under President Jacob Zuma; a change from its previous image. South Africa’s current tenure at the Security Council has been mired in allegations of a fickle foreign policy, with Syria being a case in point.

After all, it was just in February this year that South Africa voted in favour of a Security Council resolution that unequivocally sought an end to hostilities in Syria. Yet last week, amid reports of greater deterioration of safety and security in Syria, South Africa withheld its vote, concerned that the resolution presented to the Security Council was too one-sided.

On Sunday, reports from Damascus indicated Syrian security forces had the upper hand in street battles against the Free Syrian Army (FSA) – a ragtag bunch of rebels reported to have been equipped by Saudi Arabia and Qatar in the latter’s proxy war against Iran. But even as government troops used helicopter gunships to win back control of rebel-held neighbourhoods in Damascus, a new rebel alliance announced it had launched an offensive to “liberate” Syria’s largest city, Aleppo.

These clashes in Aleppo, Syria’s largest town (and one that has seen very few protests against Al-Assad throughout the uprising) are a sign of the rebels’ growing confidence just days after they succeeded in killing four members of Assad’s inner circle in a bombing in Damascus.

It has been clear for some time now that Syria is in the throes of a civil war, and though Bashar Al-Assad may be the merciless tyrant who is responsible for thousands of deaths, reducing the situation in Syria to Assad versus the people glosses over the complexity of the conflict. The battles in Damascus and Aleppo signal a new and, more ominously, far bloodier phase of Syria’s civil war.

And yet, while all this is going on, the Security Council has not been able to agree on what exactly to do, or if, indeed, if it should be doing anything at all.

Last Thursday, for the third time since the Syrian uprising began, a resolution proposing sanctions against Syria was thwarted by vetoes from Russia and China, helped along by an abstention from South Africa and Pakistan. South Africa contended the resolution was tilted far too much in favour of the rebels, ignoring the fact that the situation in Syria was an internal armed conflict.

“We abstained because we felt the resolution was unbalanced; it only targeted the Syrian government,” Deputy International Relations Minister Ebrahim Ebrahim said on Friday.

“It said nothing about the opposition, who are now fighting in the capital.”

The rebel forces in Syria were not just defending themselves, but were on the offensive and wanted to take power, he added.

Similarly, Russia’s ambassador to the UN, Vitaly Churkin, defended the Russian veto, saying it was “biased” in that it threatened only the Syrian government with UN sanctions, while doing nothing to constrain the progress of the rebels. Churkin claimed that the West’s approach was designed to “fan the flames” of violence in Syria, pursuing their own “geopolitical ambitions” in the region and paving the way for the military push to remove Assad from power. For Russia, the resolution presented to the Security Council last week was a thinly veiled attempt to legitimise foreign military intervention in Syria. Churkin said Russia “simply cannot accept” a resolution threatening sanctions and foreign military involvement.

Like Churkin, the Chinese envoy to the United Nations, Li Baodong, accused the Westerns sponsors of the resolution of pursuing “a rigid and arrogant approach” to the negotiations regarding Syria, refusing repeated efforts by China and other countries to negotiate amendments into the Western draft.

The very first resolution presented to the Security Council on Syria last year received much the same response. South Africa contended that it had learned its lesson from Libya and was determined to block any foreign meddling in an internal conflict while Russia and China voiced their opposition to any attempts to enforce regime change in a sovereign state. With Thursday’s vote, we have then come full circle. Despite giving Kofi Annan’s peace plan its approval, the Security Council remains at odds on what to do in the glaring reality in which the peace plan has not succeeded.

On Friday, the Security Council all voted in favour of extending the UN observer mission in Syria for another 30 days, but there’s scant hope that the Council would have come to an agreement on how best to keep civilians from harm within that time.

Surely, someone in the Security Council must soon be brave enough to acknowledge that Annan’s peace plan is not assisting the situation. The inefficacy of international efforts in Syria have been fuelled by reluctance on both sides to actually commit to peace – this is a conflict where both sides would much rather battle it to the bitter end than commit to the lofty tropes of peace and reconciliation proffered by international mediation. And so far, the existing peace plans have just not been enough. DM

Photo: Residents look at bodies of people whom activists say were killed by forces loyal to Syria’s President Bashar al-Assad, at the Damascus district of Qaboun July 22, 2012. REUTERS

Sam Sole for amaBhungane • 19 hours ago