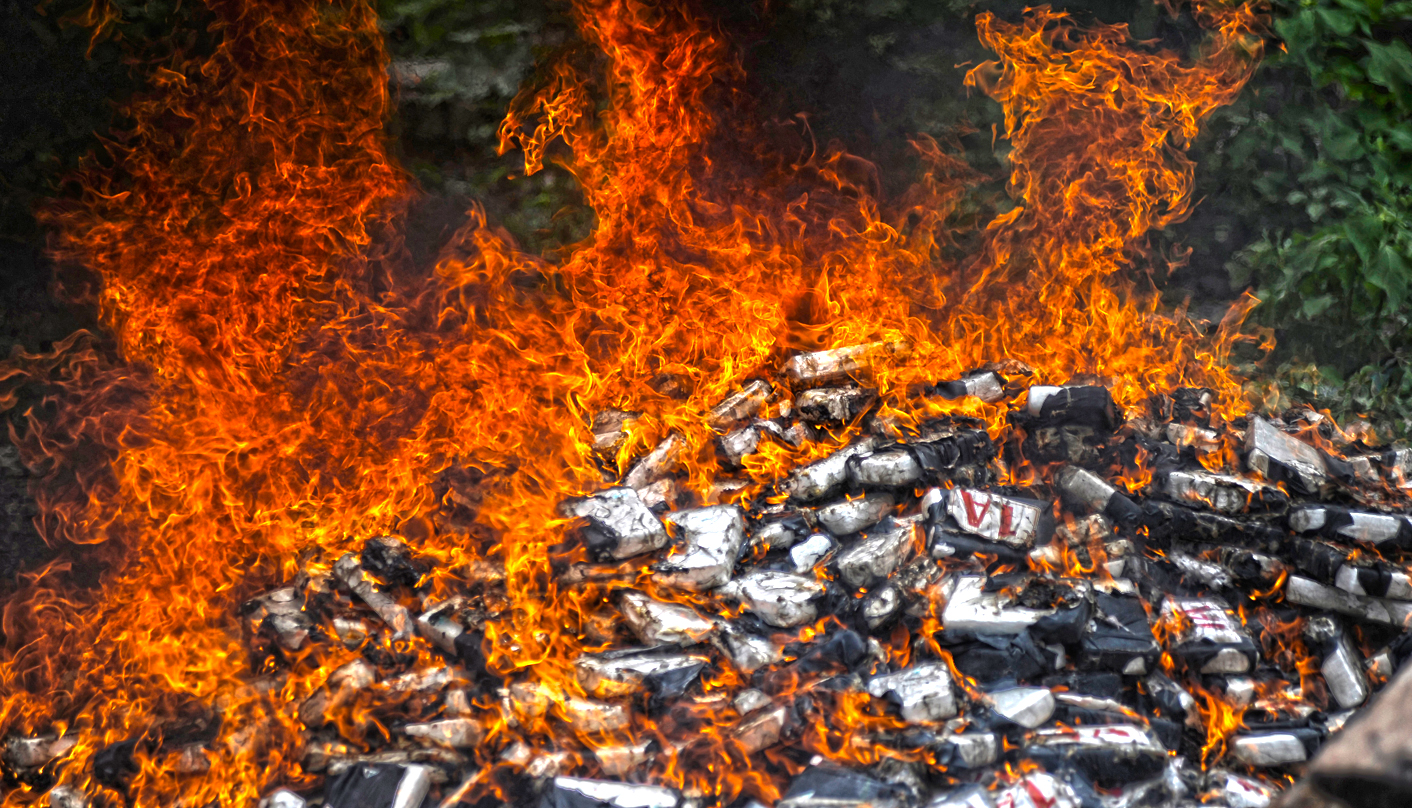 The war on drugs was lost 100 years ago, argues CHRIS GIBBONS, who explains why governments persist in such manifest folly.

The argument in favour of the legalisation of drugs is straightforward. The effort of governments worldwide to stamp out the trade in dagga, cocaine and heroin has failed. Consumers – users, if you prefer – are smoking, snorting and injecting as much of the stuff as they did 20 years ago and the criminals who control the illegal trade are just as rich, if not richer. The war on drugs is not working and is a monstrous waste of time and money.

Nor is this an argument made by crack-crazed addicts. Slightly more than 20 years ago, that most conservative yet thoughtful of weekly newspapers, the Economist, began a leader calling for drug legalisation by reminding us that “Mr William Bennett, newly appointed as President Bush’s ‘drug tsar’, once suggested that the campaign he now heads was a war that America is losing. He was right.”

The Economist was also right in the same leader when it explained that “America’s Prohibition of alcohol failed in 1919-33, while richly rewarding gangs of suppliers… Prohibition fails because the reward for evading it is so big.”

By 2009, the same newspaper had repeated the theme in a much longer article. It opened by reminding readers that “A hundred years ago a group of foreign diplomats gathered in Shanghai for the first-ever international effort to ban trade in a narcotic drug. On February 26th 1909 they agreed to set up the International Opium Commission – just a few decades after Britain had fought a war with China to assert its right to peddle the stuff.”

So, for longer than a century, all efforts at stamping out illegal drugs – including alcohol, when it was illegal in the US – have failed. Yet governments, our own included, persist in throwing ever greater sums of money at the problem, attempting more and more of the same, and somehow believing that this time it will be different, this time it will work.

Why? We all know that this time will be just the same as the last.

The answer lies in the nature of modern government, its use of power against its own citizens and in its relationship with the media.

Almost since the first MP was elected and despatched to a Parliament in some far-away city, voters have been wondering what politicians get up to. After all, MPs draw handsome salaries and hefty expenses, so surely citizens have a right to expect them to be busy, doing things? Part of this conundrum is the fact that once that first batch of MPs passed a law mandating that we all drive on the left-hand side of the road, there’s not much left for subsequent generations. But MPs have to be seen to be doing something, so many lesser laws are passed, tinkering, tweaking, obfuscating, clarifying and generally clogging up statute libraries.

We, the media, are guilty of amplifying the howls to deafening levels: “Outrage! Politicians again do nothing about burglaries… cellphones… overeating! Outrage!”

So the politicians, ever eager to be patted on the back by the media and re-elected by the voters, pick up the cudgels. “Something will be done! Rest assured, honest citizens…we will fight the scourge of whatever the current demon might be! You can count on us!”

The self-made demon in the 1920s was booze. Prohibitionists howled at the politicians, who lashed the police chiefs, who in turn demanded more money and more manpower. Enforcement empires grew bigger, the media applauded and created heroes like Eliot Ness and the Untouchables. None of it had the slightest effect on the supply of alcohol to willing American consumers except to push prices up, but everyone involved had one hell of a time, chasing around Chicago and shooting up the place and each other. The heavily inflated prices made fortunes for the gangsters who ran the booze and provided the money that started today’s alcohol giants like Canadian Seagram. The ultimate tragic irony was that Eliot Ness himself died in obscurity, a hopeless alcoholic.

But when Prohibition ended, nothing else changed. The politicians, the voters, the media and the gangsters all had exactly the same set of needs. “Something must be done!” was still the cry and there’s nothing like a vote-hungry, headline-chasing politician to find a something. If not booze, then…drugs!

Once again, the budgets are increased, more men and women are employed to fight the scourge, entire government agencies are established, headed by people called “drug tsars”. The gangsters and drug runners grow richer and richer still.

In the process, as Gore Vidal observed in a 1998 essay for Vanity Fair, governments begin to devour their own citizens. Civil liberties are suspended, constitutional rights abandoned and personal freedoms curtailed. Law enforcement becomes a means and an end in itself: witness 500,000 American men in jail, most of them black, for drug offences.

Yes, illegal drugs are a scourge, and they leave a trail of personal destruction and violence. But only as long as they are illegal. Removing the illegality turns drugs from being a crime problem into a public health issue and you remove the outrageous profits made by the gangs. The Economist again reminds us that England did just this in the 1800s, with the scourge – that word again! – of cheap, hideously destructive gin. Quality control and taxation solved this problem, not declaring it illegal and driving it into the embrace of gangsters. Prohibition in the US went the same way.

And that’s only half the story. Make drugs legal and you not only end the narco-empires of the drug lords, but you also kill off the anti-narco empires of the drug tsars. If the estimated global trade in drugs is worth about$320-billion a year, can you imagine the turnover required to keep all the enforcement agencies in business? There are the buildings, security and surveillance systems, weapons, uniforms, border patrols, lawyers, testing kits, sniffer dogs, their handlers, helicopters, officials, TV programmes about drug enforcement and more lawyers.

And what would we, the media, write about? No more headlines like “Big Score For Cops! R3-million cocaine bust at Cape Town Airport!” No more “Drugs scourge on the increase, says mayor.” No more “Something must be done, say citizens!”

Rest assured. Despite the fact that the answer is within easy and obvious reach, the war on drugs has far too many interested and heavily invested players on both sides for it to end anytime soon. Nothing will be done. DM