Limpopo’s education crisis: The price of incompetence and corruption 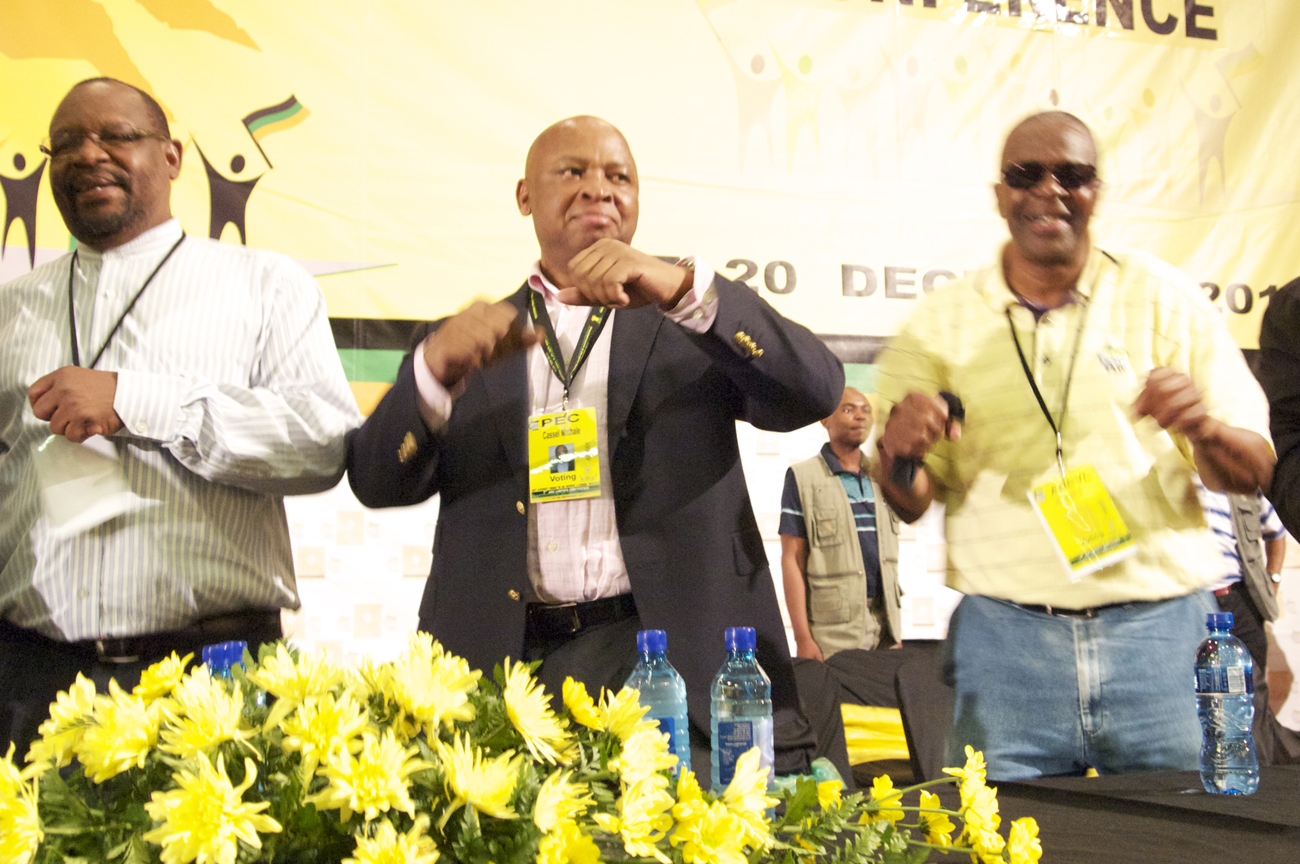 Reports of corruption in Limpopo are usually prefaced with “allegedly”, but there’s no shortage of claims. Cosatu general secretary Zwelinzima Vavi has called for Limpopo education MEC Dickson Masemola to resign over the textbook scandal. But just whose side is Masemola on, and if he falls, could the whole house of cards tumble? By GREG NICOLSON.

The story goes a little like this. In return for pledging their support to Jacob Zuma as he took on Thabo Mbeki to become ANC president, Cassel Mathale, Julius Malema and a slate of friends took Limpopo on a silver platter. The province wasn’t sold to Zimbabwe, but it might have well been. Rumour has it Mathale & Co. purged the province of anyone with ideas of playing things straight.

Delegates at December’s provincial ANC conference said as much. According to them, the man they call “Mafia” controls who gets the jobs and who gets the government contracts (pretty darn lucrative, as just about everything is outsourced). They pretended to burn money for the cameras, because that’s what they thought the premier was up to. But they didn’t burn it. They need it; they’re the ones outside the winner’s circle.

Finance minister Pravin Gordhan got a look at the province’s books after five of its departments were placed under administration. His findings read like an obituary. Summing them up, Daily Maverick wrote: “It’s R2 billion in the red, can’t pay doctors and teachers’ salaries, and yet some companies are getting paid eight times a month. Or, as finance minister Pravin Gordhan put it, every-two-and-a-half working days. If ever there was an indication of the kind of havoc Julius Malema and Cassel Mathale can wreak, this is it. It’s obvious now, to all and sundry, that Limpopo is a rotten banana, a plaything of the connected.”

Months after Gordhan’s findings were released, Limpopo’s venality and ineptitude took centre stage in the form of the textbook scandal. The saga has been more cringeworthy than a Nollywood double feature, the lead roles falling to basic education minister Angie Motshekga and MEC Dickson Masemola. Motshekga’s been the face of the disaster, but the axe is starting to fall on Masemola, who presided over Limpopo’s education department when it spent its 2012 budget before the year began.

On Tuesday, Cosatu general secretary Zwelinzima Vavi said it was “disgusting” that Masemola refused to resign. “He wants to blame everybody else under the sun for something that he should take responsibility for,” said Vavi.

Vavi joined legal rights group Section27, who rebuked the MEC on Monday after the release of a report verifying the delivery of textbooks. Responding to Section27’s attack, Masemola said the province had spent all its dough on wages, leaving none for textbooks.

Mark Heywood, executive director of Section27, disputed the claim. “I think his position is becoming increasingly untenable. He relies, to keep himself in power, on the support of the premier… I just don’t see how you can make a dysfunctional department functional when he is key to the dysfunction.” Heywood said affidavits in Section27’s application to have the books delivered showed that Masemola directly intervened in awarding EduSolutions the contract. EduSolutions and its links to ANC officials have been at the centre of the drama.

“Everybody is pussy-footing around this thing,” said Heywood. He thinks the national department has the power under section 100 of the Constitution to take action, but is conveniently saying it can’t. He said the situation would test how serious the ANC was about service delivery.

ANC spokesman Jackson Mthembu responded, “We are using the structures established by government itself. We can’t be jumping the gun, can we?”

Masemola’s own department rejected calls for his resignation. No surprise there.

The responsibility of dealing with Masemola naturally falls to the premier. But Mathale’s not about to reprimand his lieutenant. If the stories are true, and it doesn’t take a throw of the bones to believe them, then Mafia will take care of one of his own, won’t he? Take out one card and the whole empty house of Limpopo officials could come crumbling down.

That narrative took a turn last week when reports suggested Masemola had switched factions to Zuma’s camp. “Three independent sources – two Limpopo ANC leaders close to Limpopo premier Cassel Mathale and a well-placed pro-Zuma source – told The Sunday Independent this week that although the provincial ANC had ‘lost confidence’ in Education MEC Dickson Masemola, he could not be removed from his position because he was ‘a Zuma man’,” wrote Independent Newspapers.

But even so, the decision may be out of Mathale’s hands. Masemola has a target on his back, now that Vavi’s joined Section27 in calling for his resignation. The DA has also added its voice. The target was placed there after the release of the Metcalfe report, the first of three juicy inquiries into the textbook scandal. Add the ongoing findings of Gordhan’s administration team and things don’t look so good for just about any official in Limpopo.

And as if matters weren’t complicated enough, the department of basic education has stated it has a learner catch-up plan ready, but the South African Democratic Teachers Union (Sadtu) has threatened to strike if teachers don’t receive extra remuneration for working evenings and weekends. “If the department doesn’t get on board on the matter, then we’re definitely taking to the streets,” said the union’s Limpopo secretary, Rapashe Matome.

Vavi recently criticised the teachers’ union for its silence on the textbook issue. Sadtu general secretary Mugwena Maluleke responded by calling his comments “unfortunate” because the union had been engaging with the crisis. Maluleke didn’t explain, however, why – if he was at the coalface – he accepted the government’s explanation that schools only required a “top-up” of books.

Oddly enough, Sadtu’s self-centred reaction, though it brings another headache to long-suffering people of Limpopo, is very much in character of the entire fiasco, where one breathtaking act of incompetence and corruption is matched by equally breathtaking acts of political tone-deafness and a pure lack of care for students.

Like Julius Malema, the province got too much freedom for its own good, and like Juju, it’s learning the cost of hubris in politics. But until the day someone is able to pull the right card and the whole edifice comes crumbling down, citizens will continue to be denied basic services in the province/crime enterprise that is Limpopo. DM