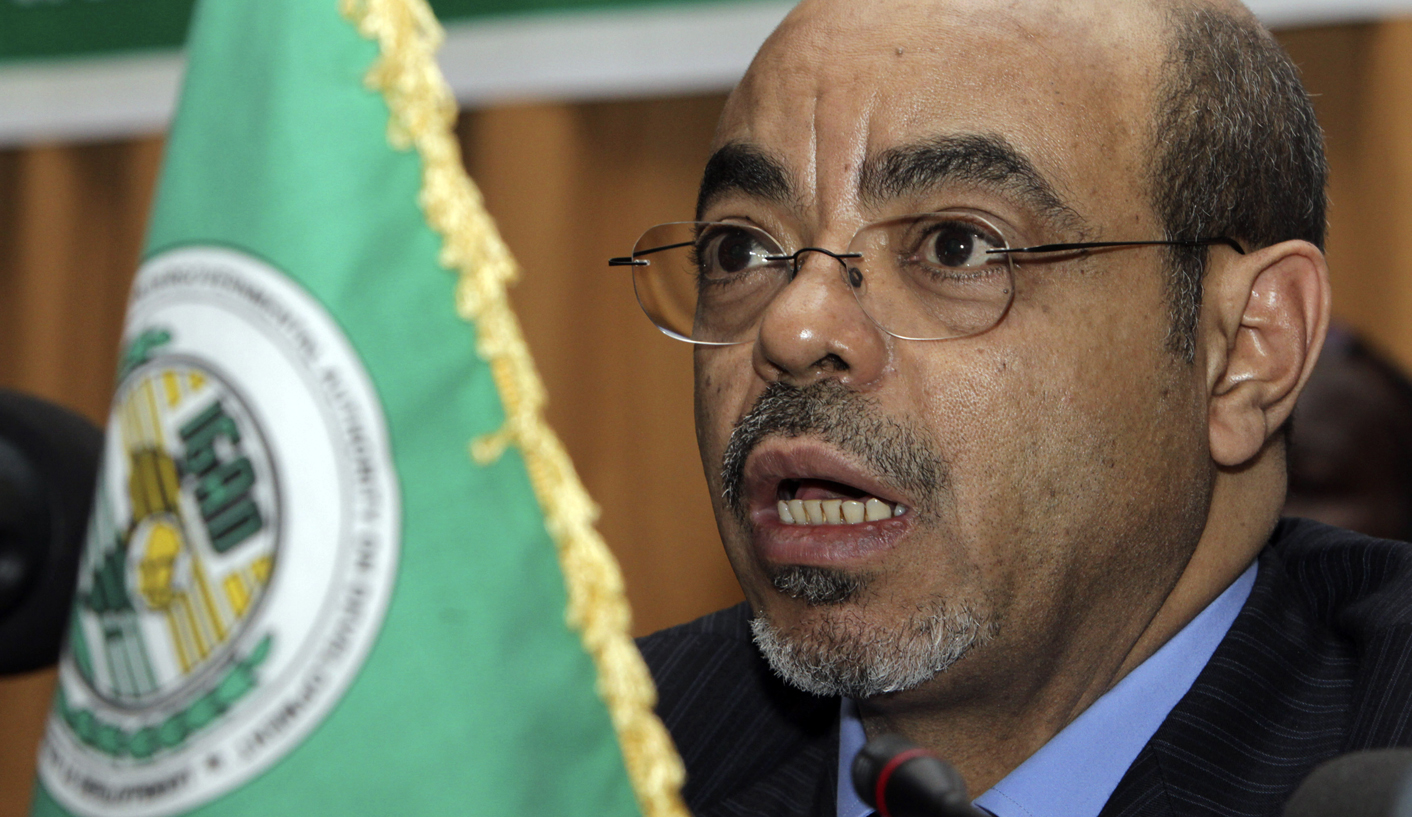 Hundreds of thousands of irate Ethiopian Muslims took to the streets of Addis Ababa this weekend – Africa’s biggest protests since Tahrir Square. They want the government to stop meddling in their religious affairs, and acknowledge that Muslims can’t remain a marginalised minority. Ethiopia’s Christian-led government better make some concessions quickly, or risk finding out exactly how many irate Muslims there really are. By SIMON ALLISON.

You would be forgiven for thinking that the tense, dramatic African Union elections were the most exciting thing to happen in Addis Ababa this weekend – but you would be wrong. While the diplomats were squabbling about procedure and protocol, in another part of the capital an altogether more serious situation was developing, at least as far as hosts Ethiopia are concerned.

While reports are hard to confirm, participants claimed that somewhere between 500,000 and one million Muslims gathered in and around one of the city’s main mosques in a blatant show of defiance against the Christian-led government, while smaller marches took place in other cities across the country. If these numbers are true, then the government of Meles Zenawi – who is currently in Brussels receiving medical treatment, adding to the uncertainty – should be gravely concerned. To put them in perspective, the marches on Tahrir Square which precipitated the Egyptian Revolution were of a similar size; demonstrations of this scale have not been seen in Africa since.

Sunday was the third consecutive day of protests and mosque sit-ins, and already hundreds are reported arrested or injured by the government response, which has definitely included the liberal use of tear gas and – again according to participant claims – live rounds.

Ethiopia is a historically Christian country, one of the oldest Christian countries in the world. But Islam too has deep roots there; it was the first place that persecuted Muslims sought refuge, fleeing Mecca to the kingdom of Axum where the Prophet Muhammad had told them they would be safe. The Axumite king, recognising that his Christianity and the exiles’ Islam shared the same Abrahamic roots, welcomed them. “Go to your homes and live in peace. I shall never give you up to your enemies,” he said.

Ever since, there has been a Muslim community in Ethiopia, and the two religions have co-existed relatively peacefully; both the Christian majority and Muslim minority generally treated with similar disdain by whatever emperor or government was in power, even though Ethiopia’s leaders have always been Christian.

Meles Zenawi’s government, however, is having to contend with a new threat. According to official statistics, Muslims make up 34% of the population; Ethiopian Orthodox Christians 44%; and various Protestant groupings another 17%. But the Muslim population is growing so quickly that, even taking these numbers at face value, Muslims are projected to become the majority in Ethiopia by 2050.

But Ethiopia’s Muslims say these figures have been twisted, and that they are already the majority. This is part of the rhetoric which underpins the current protests, and it’s not the first time I have heard this claim. Three years ago, in Addis Ababa, a diplomat who asked to remain anonymous told me that the results of the 2007 census had been delayed for months as the government struggled to deal with what that census revealed: that, in fact, there were more Muslims than Christians in the country. This posed an existential threat to Zenawi’s government, eroding its traditional support base, and the numbers were fixed – or so the story goes.

A more recent spark for the unrest has been the government’s perceived meddling in religious affairs by encouraging and supporting one minority Muslim sect over the more mainstream others. Terrified of the potential emergence of Al Shabaab-style fundamentalist Islam, Zenawi’s administration has promoted one particular sect of Islam, the Al Ahbash, which opposes ultra-conservative ideology and rejects violence. This has included appointing Al Ahbash clerics to lead the Supreme Council of Islamic Affairs, despite the fact that the Al Ahbash are pretty far from mainstream Islam – in Ethiopia and anywhere else. “It (Al Ahbash) has the right to exist in Ethiopia, but it is unacceptable that the Council tries to impose it on all members of the Muslim community,” Abubeker Ahmed, head of an independent Islamic arbitration committee, told Reuters.

All this takes place against the backdrop of a highly autocratic state. Meles Zenawi would describe it as a benevolent autocracy, but human rights watchdogs would beg to differ. “Ethiopian authorities continued to severely restrict basic rights of freedom of expression, association, and assembly. Hundreds of Ethiopians in 2011 were arbitrarily arrested and detained and remain at risk of torture and ill-treatment,” wrote Human Rights Watch in their World Report 2012.

Restrictions on journalists are particularly tight, making it very difficult to gauge accurately what’s going on in the country. Nonetheless, it’s a story that needs to be covered; it’s clear that the tinderbox of religious divisions, strong-arm responses from the state, historical inequalities and modern demographic shifts has the potential to turn ugly. A media source in Addis Ababa told the Daily Maverick that tensions were so high that the smallest spark could cause a conflagration. And with Zenawi out of action in Brussels, who is around to put out the fire? DM