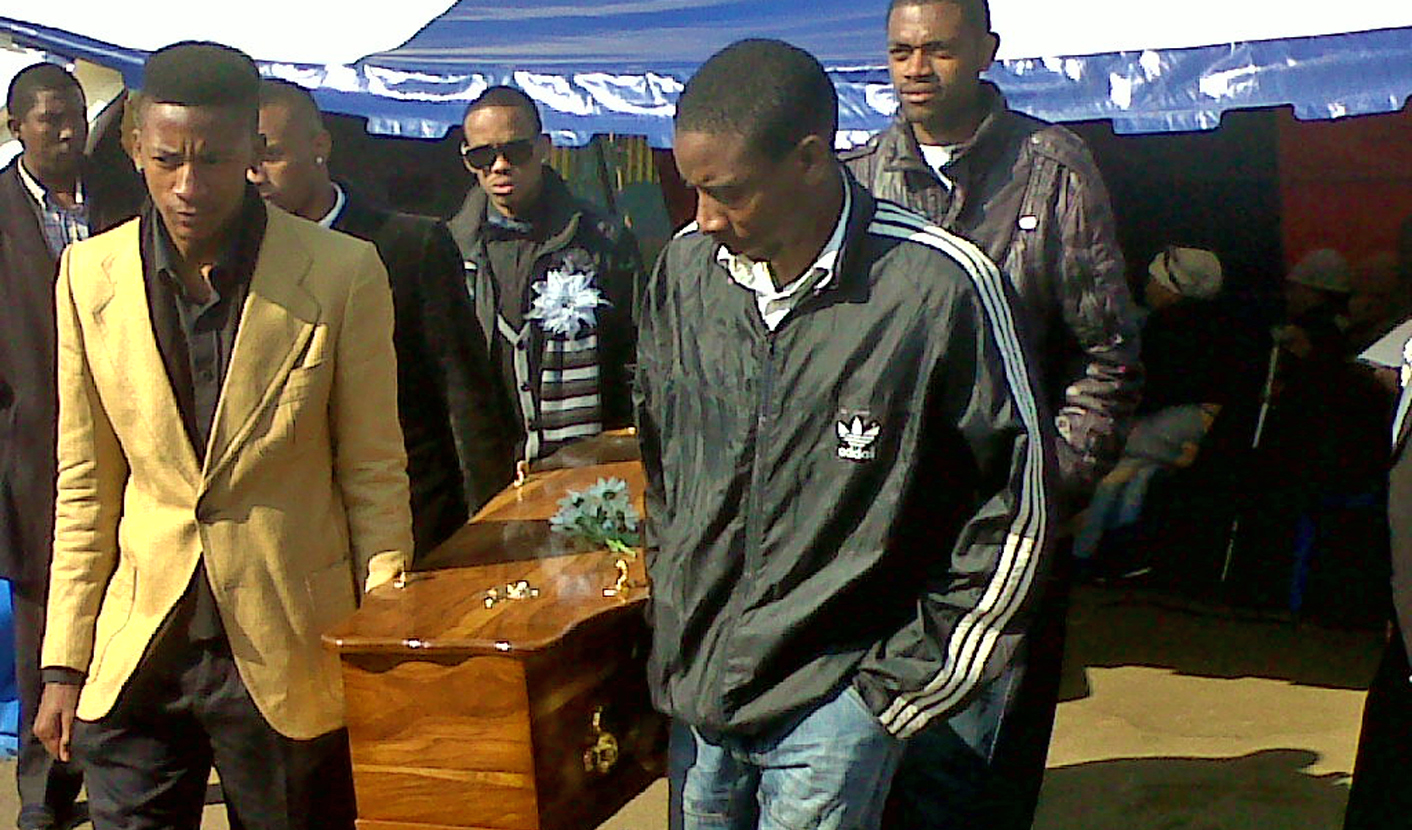 In the wake of a media outcry following the death of Godfrey Tenehi from his burns in Baragwanath, hospital CEO Johanna More had a meeting with his brother, Ted Tenehi, late last week. But there were no soothing words of consolation from More to the man who lost his brother. Instead, as the Tenehis prepared to bury Godfrey, Baragwanath resorted to admonishment and ambush PR. By MANDY DE WAAL.

Ted Tenehi was getting ready to bury his brother, Godfrey, when an unlikely opportunity presented itself for him to meet the management of Chris Hani Baragwanath Hospital.

Godfrey Tenehi succumbed to burn wounds in Baragwanath on Sunday 1 July 2012. His family allege the hospital was negligent in its treatment of him. (See Daily Maverick’s story Baragwanath’s shame: A good man dies).

Bizarrely, the meeting between Tenehi and Johanna More, CEO of Baragwanath, was set up by Dr Mveleli Gqwede, known to Soweto TV viewers as “Dr Love”. “I had done an interview on Jozi FM and was speaking to the Sowetan newspaper when the call came in from Dr Gqwede saying he could set up a meeting for me to see Johanna More,” said Tenehi, who had heard nothing from the hospital after his brother’s death.

“It was so shocking when I met Johanna More. It wasn’t a meeting at all, but a press conference during which the hospital offered no apology for my brother’s death. More just spoke over me the whole time and cut me off, saying I must listen to her and that they are not there to listen to me,” says Tenehi.

Photo: Mourners stream to the funeral of Godfrey Tenehi.

“When I arrived I found the Sowetan there. This was no meeting, it was a press conference. I should have walked out, but I was so shocked at their onslaught on me. They were asking me why I had gone to the media to air my family’s grievances. Johanna More said everyone in Johannesburg has her phone number, why didn’t I phone her instead of going to the media?”

Daily Maverick has a tape of part of the press conference. In it the Baragwanath CEO likens the mortal wounds of Godfrey Tenehi to the cooking of meat. “If you cook meat on a fire with the braai, ne?And then you remove it and put it there, does the fire go out? No. It continues to cook. It continues to cook until it gets cold. So his body was burned, he was there for four hours, so his body was cooking,” says More.

“It is unbelievable the things that they said to me,” said Tenehi. “I was expecting to meet the management of the hospital one to one, but instead I was ambushed and I was scolded. I wasn’t even given an opportunity to talk. I was admonished for speaking to the media. Why?”

Later on in the recording More went on about how well trained Baragwanath staff were in grief counselling, failing to realise the irony of her statements, given how she was treating Tenehi after the death of his brother.

“We are trained. We are trained in (the) grieving process. We know how it feels. We take people through up (sic) until the end,” More said to Tenehi in a tone that was anything but sympathetic.

The meeting-cum-press-conference appeared to have been organised by Baragwanath and Dr Gqwede, aka Dr Love. Gqwede lists on his LinkedIn profile that he was once a medical doctor at Baragwanath.

He also has links with the Gauteng department of health. A press release issued by the health department stated that Gqwede was in a deal with Baragwanath Hospital to launch a programme called Bara TV.

The one-time doctor of Winnie Madikizela-Mandela, Gqwede’s Vosloosrus medical practice was liquidated in 2003. The flamboyant socialite is frequently in the news for events as diverse as harbouring fugitives to denouncing his former life as a gay activist and becoming a straight, evangelical Christian.

Baragwanath’s PR department was so busy setting up this strange and insensitive spin-doctoring opportunity with Dr Love that they didn’t have any time for Daily Maverick, who first phoned the hospital on Monday 2 July, asking for comment and to check story facts with clinical staff. The PR person on duty said she was going home, given it was close to 16:00 and said a member of the clinical staff would call before 20h00. No one phoned back.

When the Daily Maverick phoned the next day, the matter had been handed to Bara PR officer Tshepiso Lenkwe because the person handling the media query the day before was off sick and the head of department was on leave.

Lenkwe insisted a clinical staff member and the PR person had called the day before. This was impossible, given there is a message service on both this journalist’s landline and mobile phone and that no messages were left. Lenkwe’s response to this journalist’s protests and urgent requests for information was: “Don’t stress.”

She assured she would help by setting up a meeting with hospital management and asked for questions to be emailed through to her Gmail account. Emails were sent by Daily Maverick to Lenkwe, Johanna More and Simon Zwane, the spokesman for the MEC of health, requesting feedback. There have been no responses to any of these emails to date.

Numerous calls to Baragwanath followed. At one stage Lenkwe said during a call that she was at the Bara Burn Unit, eliciting a response from clinical staff there and would respond immediately. But this and all other calls to Lenkwe requesting a meeting with Baragwanath management and/or clinical staff were fruitless.

Godfrey Tenehi was buried this weekend in a rainy Soweto with funds that came, in part, from Daily Maverick readers. Some 200 mourners gathered to bid their last farewells, but the mood was angry.

“There was protest singing outside the church, and many of Godfrey’s friends and family were still furious with Baragwanath. It took some effort for us to restore calm so we could say goodbye to my brother,” Ted Tenehi said.

The fire that claimed Godfrey Tenehi’s life was reported by the family to the local police and fire department in Soweto. His brother says to date no one has come to investigate the cause of the fire.

Meanwhile, Godfrey’s girlfriend, Dimaketso (Maggie) Molefe, remains in ICU, where she is on a ventilator. Molefe has had two operations since her admission. DM