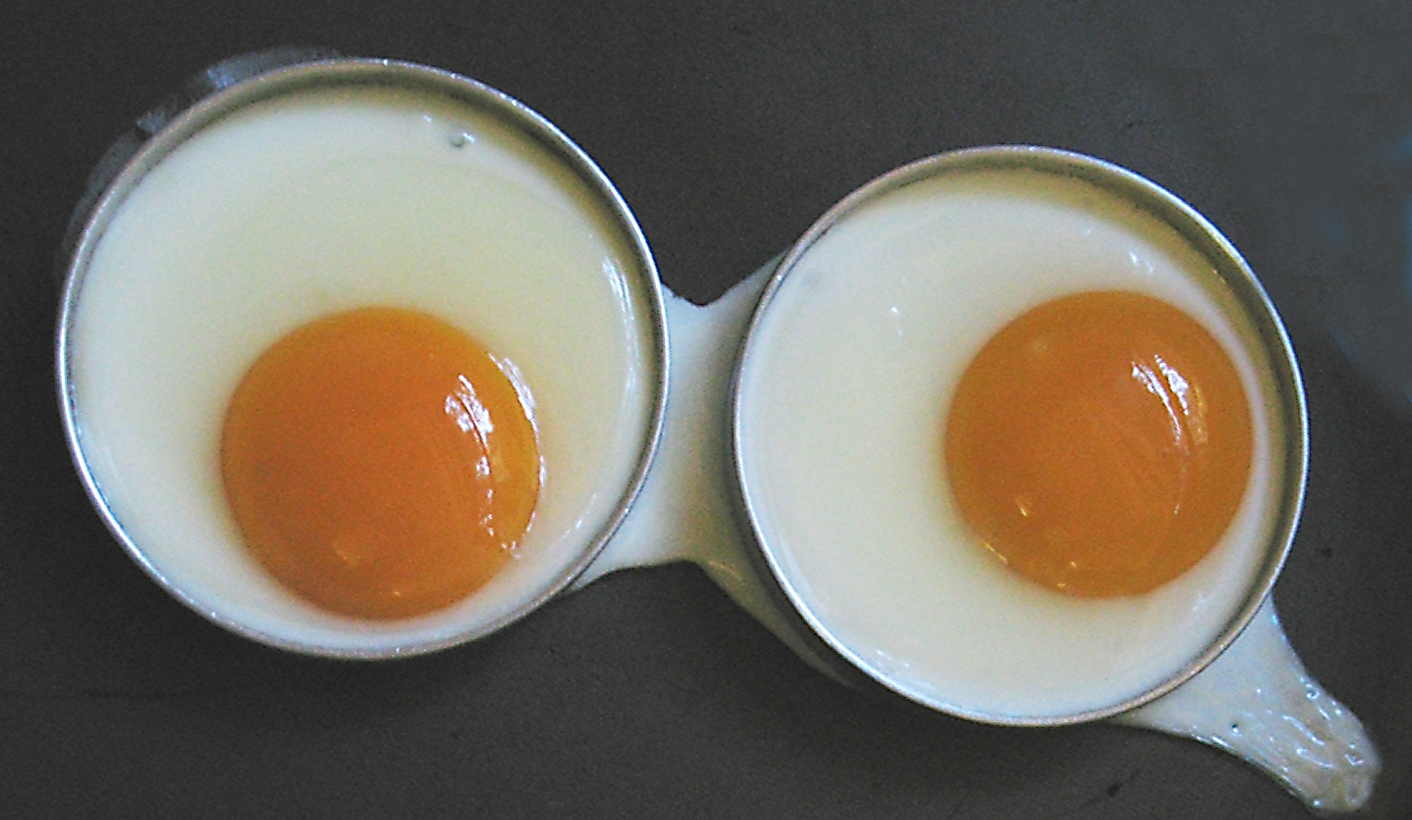 A week after the Limpopo textbook fracas, the South African government has substantially more egg on its face after an attempt to outmanoeuvre the African Union Commission chairman backfired and the public sector wage talks broke down on the eve of a deal being signed. By RANJENI MUNUSAMY.

The South African government, particularly the department of international relations and co-operation, is in a diplomatic quandary following a blazing attack by the chairman of the African Union Commission, Jean Ping, in response to a South African media report that he intends withdrawing from the race for re-election.

In their enthusiasm to push for home affairs minister Nkosazana Dlamini-Zuma’s election as the new AU Commission chairwoman, it would appear some overzealous functionaries decided to spin a line, hoping Ping would either not see it or be too daunted to respond.

In a fiery statement issued from the AU headquarters in Ethiopia, Ping blasted a report that he was in South Africa last Friday “purportedly to seek some kind of ‘deal’ that would facilitate my withdrawal from the race for re-election as Chairperson of the African Union Commission”. This was “totally false, baseless and frankly annoying,” Ping said.

The Sunday Times reported this week that Dlamini-Zuma could be elected “unopposed” to head the AU Commission if a deal is reached allowing Ping to withdraw from the race.

The paper quoted “an insider in diplomatic circles” as saying: “Ping wants to withdraw, but he wants a guarantee that he will be deployed somewhere else when he leaves”.

“On Friday, South African diplomats and senior government officials were in high spirits, saying they were confident Dlamini-Zuma would trounce Ping if he stood against her next week,” the article read.

Ping responded directly to the Sunday Times story: “I am incensed by such an outright fallacy and fabrication, because nothing could be further from the truth. I am, and remain a candidate for re-election as chairperson of the African Union Commission, as I have not been withdrawn by my country, Gabon, and my region.

“I fully intend to stay in the race until the very end and hope to earn the renewed trust of our continent’s leaders when they meet at the 19th AU Summit, scheduled to take place in Addis Ababa, on 15 and 16 July 2012.  Furthermore, I wish to affirm that I have not been to the Republic of South Africa since the Global African Diaspora Summit, which took place in May 2012.”

The statement reads further: “The Sunday Times article is simply the latest in a series of malicious lies and innuendos which constitute part of a whole strategy to tarnish my hard-earned reputation and destabilise my campaign for re-election as Chairperson of the African Union Commission. It is also, no doubt, designed to cast some doubts about my strength of character and to undermine support from a wide range of member states keen to re-elect me.”

It will take some deft behind-the-scenes footwork to extricate the South African government from such a diplomatic balls-up. In the statement, Ping goes on to list a number of “mendacious allegations which have been circulating in the media since the campaign began last year”.

And he fires some missiles of his own.

“I was first accused of having indicated to the South African authorities that I was not interested in seeking re-election. It was further suggested that my country, Gabon, was not supportive of my candidature.

“When these two lies were debunked, attention was then shifted to my supposed inability to handle the situations in Cote d’Ivoire and Libya, when it is well known that it is the government of South Africa which impeded Ecowas’ efforts to settle the Cote d’Ivoire crisis timeously and the same government that voted in favour of resolution 1973 that authorised the bombing of Libya.”

The South African government has all along been trying to peddle the fallacy that it was acting in tandem with the African Union when it voted in the UN Security Council to authorise the bombing of Libya.

Now the propaganda machine around Dlamini-Zuma’s election has backfired so badly that the lid had been blown off a bigger issue of South Africa’s image on the continent and the undercurrent of resentment and hostility towards Pretoria.

The election of the AU Commission chairman in now muddied with the government of Botswana taking a swing at Ping, saying it was “shocked and appalled by the blatant abuse of his office and resources of the AU Commission”. South Africa had secured the firm support of members of the Southern African Development Community to support Dlamini-Zuma’s candidature, whereas the powerful Ecowas region has endorsed Ping’s re-election.

“We are also seriously concerned that the content and tone of Dr Ping’s statement amounts to a direct attack on a member state of the African Union by the Chairperson of this esteemed organisation.

“Even more disturbing is when a member state is quoted on the position undertaken when collective decisions were made at the AU or the UN. By divulging such information, this has a potential of sowing seeds of animosity and division among AU member states,” a statement by Botswana’s minister of foreign affairs an international co-operation, Phandu Skelemani, reads.

Botswana also took exception to Ping using the AU’s official letterhead and official website to distribute his statement and is now calling for an apology and a retraction for the “abuse of AU resources” and “unprecedented” attack on South Africa.

This was echoed by South Africa’s minister of international relations and co-operation, Maite Nkoane-Mashabane: “We find it to be a little bit overboard that the resources of this premier institution should be utilised for personal campaigns. It is the first time in history that we have experienced that,” she told the SABC.

She said SADC ministers raised their objection to Ping’s statement on the floor of the AU executive council meeting of foreign ministers, which started in Addis Ababa on Thursday.

Nkoane-Mashabane has not, however, commented publicly on the Sunday Times story and the impact the row will have on Dlamini-Zuma’s candidature.

If there was any hope of settling the AU Commission position and preventing a nasty showdown at the summit, it has certainly been shattered by the South African government’s clumsy attempts at spin.

Now, whether Dlamini-Zuma is elected or not, her candidature is marred by serious allegations of dirty tricks on the part of her home country. The tragedy of this is that Dlamini-Zuma is one of the most credible candidates South Africa could offer to the international community, but Pretoria’s ham-handed tactics have now caused controversy around her bid.

But it is not only in foreign relations that bad PR has resulted in egg on government’s face. Public sector wage negotiations hit a brick wall this week with Cosatu-affiliated unions declaring a dispute – just as public service and administration minister Lindiwe Sisulu was preparing to take a bow for sealing a deal a month into her new job.

On Monday, Sisulu spokesman Ndivhuwo Mabaya was quoted as saying: “We agree on a range of issues and we are getting closer to each other. Maybe we can finalise it this week,” he said.

But a planned press conference on Tuesday, where Sisulu was to announce the groundbreaking deal, was hastily cancelled as wage talks broke down. Industrial action by South Africa’s 1.3-million public servants is now on the cards with unions accusing government of negotiating in bad faith and dishonesty.

The public sector unions claim the state had offered a 6.9% increase during a meeting on 4 July but reduced the offer to 6.7% on Tuesday. Whatever happened in the bargaining chamber, Sisulu’s eye was clearly more on the PR coup rather than securing a deal that sticks.

There is clearly very little strategic planning by the government communications machinery as to how the state needs to leverage itself in delicate situations. The public sector wage talks and campaign to get Dlamini-Zuma elected are the biggest issues on government’s plate at the moment, and both require nifty footwork.

The fact that they both blew up simultaneously shows that they have been handled carelessly and without much tactical planning or thought. For government to build credibility in foreign relations and domestic issues, it needs to shape up its communications apparatus and start behaving like the powerful state it is.

Dirty tricks and playing games with workers’ salaries for a moment in the sunshine are hardly endearing qualities of a credible state, let alone one that wants to punch above its weight in multilateral organisations or keep the trust of its citizens.

Crucially, spin needs to be the preserve of people who know what they are doing. DM