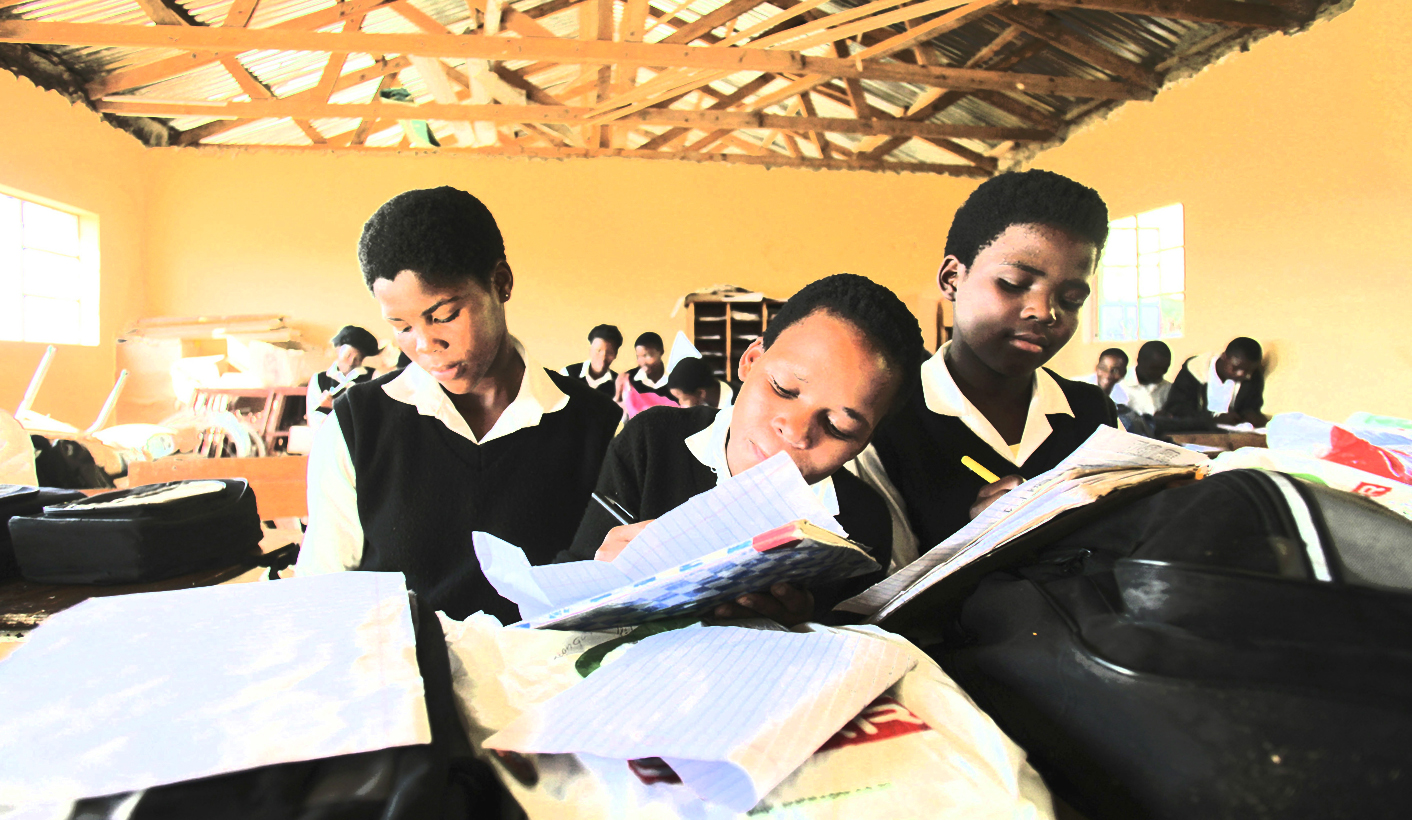 What good are textbooks without teachers? Basic education minister Angie Motshekga took another jab on Thursday when her department was taken to court by Eastern Cape schools wanting teachers. Her troubles are mounting as she tries to carry the increasing load of the rotten provinces. By GREG NICOLSON.

The Centre for Child Law and five school governing bodies, represented by the Legal Resources Centre, wants the provincial and national departments to appoint teachers to all posts declared vacant in the 2012 audit of province’s 64,752 teachers.

“Hundreds of thousands of learners’ education depends on a positive outcome to this case, and a finding as to whether the provincial and national government have violated their rights,” says legal rights group Section27.

Currently, the Eastern Cape features a hugely unbalanced distribution of teaching staff. In some areas, teacher to pupil ratios are the lowest in the country, with an excess of almost 8,000 teachers. Motshekga recently visited a school with 11 teachers for 70 students. “Not even the richest countries in the world have that,” she said.

Other schools have had vacant posts for years. “As a result, tens of thousands of learners are being starved of teachers, and parents in the poorest communities are having to take money out of their own pockets to pay for temporary teachers and other essential school staff,” said Section27.

An order from the High Court would force the government to appoint temporary teachers while it fills the vacant positions and forces the provincial government to pay all teachers who were approved to teach temporarily. The “post provisioning plan” drafted by the Eastern Cape basic education allocates teachers to identified vacant posts.

If the case feels a bit repetitive, that’s because it is. Civil society groups drag the department to court. They argue that students have a right to the resources they need. The department seems not to care about doing its own job. The court makes a ruling. The department dithers in complying. Students don’t learn. South Africa suffers.

Reminiscent of that saga, Motshekga struggled to show any urgency regarding the unfair distribution of teachers in the Eastern Cape.

“Let’s rather sit down and talk together,” she said at a recent press conference. She argued that court action against the department would only inhibit its work. The Eastern Cape matter would be settled outside of court, she predicted.

The department of basic education seemed determined to avoid another embarrassing court order on Thursday. “Once again the Minister of Basic Education and her department treated the court, and all the parties before the court, with contempt,” said Section27 in a press release.

The provincial and national departments argued that the need to solve the teacher crisis should not be heard on an urgent basis, ignoring the legal submissions of the applicants. A new court date was set for 26 July.

Motshekga has reason to want to buy time. Another court ruling could see public sentiment ride the Limpopo scandal, renewing calls for her resignation.

She needs time to scrape the mould off the rotting provincial systems after placing them under administration. The teacher problem in the Eastern Cape existed before her arrival, and is beset by complexities.

The provincial department is already spending a fortune on wages and the court ruling could boost that figure, as temporary teachers need to be appointed. Then, to get teachers into necessary areas, a deal needs to be negotiated with unions and a needs test completed, a process which could take up to a year.

But the situation should never have got this far. Motshekga’s intervention was initially hampered by the Eastern Cape government, who were determined not to cooperate. However, now she’s declared she’s in charge, the only groups who are acknowledging the crisis are the schools and the pesky civil rights groups who want the law upheld. DM