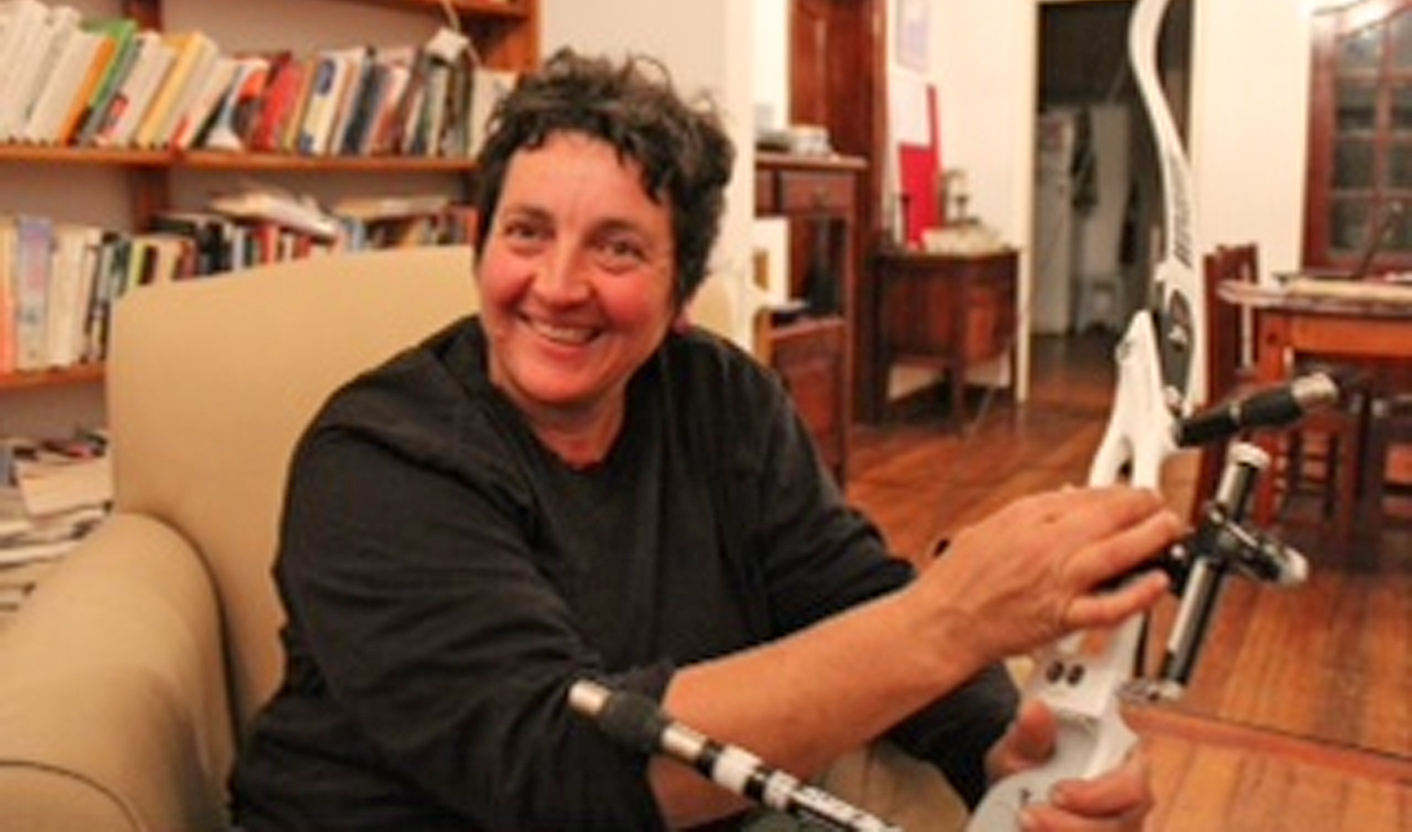 By the time we’re in our 30s, many of us might assume our Olympic dreams are dead and buried. But take heart from the inspiration of Karen Hultzer, who is about to represent South Africa at the London Olympics at the age of 46 - in a sport she’d never played in her life before five years ago. By REBECCA DAVIS.

In six days’ time, Capetonian archer Karen Hultzer will board the SAA plane taking South Africa’s Olympic team to London. She will be in the company of headline-hogging athletes like Oscar Pistorius and Caster Semenya. Yet very little media attention has been paid to Hultzer, whose story deserves to be told because it is one that is a testament to what can be accomplished through sheer grit and determination.

Hultzer’s path to the Olympics has been almost entirely forged alone. Up until a few months ago, she had no coach – learning all she could from YouTube footage. She was entirely self-funded. Archery equipment can be expensive, so she cuts her own arrows, and makes her own strings. Most remarkably, she had never picked up a bow before 2007.

In fairness, it’s not like Hultzer came to archery after a lifetime as a couch potato. In her youth she achieved provincial colours for no less than five sports: squash, hockey, softball, sailing and horse riding. “I come from a sporty family, and…that’s just what you did,” she shrugs. “Also, I’m quite competitive, so I believe that if you’re going to do something, do it properly.”

If she ever saw herself at the Olympics, it was representing South Africa for hockey. But that dream came to a crashing halt after a motorbike accident in which she injured her back, about 15 years ago.

She carried on being active, participating in several Argus Cycle Tours, although her days in competitive sports seemed over. “And then I had a climbing accident, and that really put an end to things,” she chuckles. Though she makes light of it now, the accident sounds like no joke: seven years ago, Hultzer fell 20m off the mountain above Muizenberg. She was attached to a rope, but because the harness came to such a shuddering halt when she dropped, she ended up breaking her coccyx “and various other things”.

Hultzer busied herself with the small landscaping business she runs, but for someone who had previously led a highly sporty life, it was a frustrating time. What led her to archery was the most mundane of chances: the road she drove to work.

“I kept driving past the range in Retreat,” she says. “For years I’d seen it, with a sign saying ‘lessons on Saturdays’. And I was in a foul mood one day, and (my girlfriend) Tracey said, ‘Why don’t you just go out and do that archery thing you keep talking about?’ She probably regrets saying that now, because I basically never came back.”

Entering the archery range that fateful Saturday, Hultzer knew absolutely nothing about archery. “Not a clue. I couldn’t tell the difference between a fletch and a shaft.” (The fletch refers to the feathers on the end of the arrow.) She did not know, for instance, that there are two types of archery: compound and recurve. The latter is the Olympic sport, which Hultzer now describes as “simultaneously simpler and harder” than the other. When you have a rifle, Hultzer explains, you have a back sight and a front sight, and, when aiming at a target, you line the two up. “We don’t have a back sight. We are the back sight. And you’re anchoring the arrow with a bit of leather. In compound archery, you have a mechanical release, and a little peep-sight within the string.”

At the end of her first afternoon shooting arrows, Hultzer knew she was hooked. Having played hyper-energetic adrenaline sports beforehand, archery was a distinct change of pace. If anything, she says, her age gave her an advantage. “It’s still highly competitive, but a completely different mindset, and I don’t think I would have been good at it when I was 20. It’s more discipline, more control, more mental. You sit in a bubble. It’s just you.”

She says she wasn’t instantly good at it. “But I certainly had an aptitude,” she says. “I’m also stubborn and pig-headed. It takes an inordinate amount of time to get to the top of any sport.” It took only four months, however, for Hultzer to start thinking that she might be able to compete seriously. “It was just before (the) Beijing (Olympics), and I said, yup, I want to do this, but Beijing’s a bit soon.”

She competed in her first national championships in 2008, a year after taking up archery, and won. In 2009, she achieved Springbok colours to qualify her to compete in the bi-annual recurve archery World Championships. “I did okay,” she says. “I’d been coaching myself by going online and watching Korean archers, these machines. And then to be standing next to them shooting…” she breaks off to laugh. “It was intimidating.”

The South African Sports Confederation and Olympic Committee’s criterion for Olympic inclusion was for Hultzer to come within the top 24 at last year’s World Championships in Turin, Italy. Hultzer got eliminated in the second round. She says it was a major blow. “I really took a dive. I didn’t want to open my box.”

What got her back on track was returning to the range, picking up a baby bow, and “mucking about with the kids who were learning. That kind of brought back the joy of the sport for me, which had got lost in the pressure and expectations.”

Then she was thrown a bone. Archers from other countries who don’t make it at the World Championships have a second opportunity to qualify at their continental championships. It was decided Hultzer should have the same chance. So, with financial aid from Olympic Solidarity, she went off to the African Championships in Morocco – and came third.

After some back-and-forth between the archery federation and Sascoc, Hultzer received her Olympic call-up a month and a half ago. She is the only archer to represent South Africa, and will join two Egyptian archers as the African contingent.

Amidst the euphoria of the Olympic call-up, Hultzer had to get down to some serious work. “The people I’m competing against have been training six hours a day for years, doing nothing else,” she says. In order to fit in the necessary training, she has had to drastically scale back her business. It’s involved a financial hit, and sponsorship isn’t abundant in the tiny sport of archery.

“It doesn’t help that I’m not the kind of girl who looks good on the cover of Cosmo, and I’m a bit of a foul-mouth,” she laughs.

Still, Hultzer wouldn’t trade things for the world. She proudly brings out her Olympic tracksuit to display. “This is what I’ll be shooting in,” she says. Archers are required to bring a coach-manager along, so she will be accompanied by her colleague Johan Steyn, a laser technologist. Unusually for Olympic sports, coaches are permitted to stand a few metres behind the contestant while they are competing in order to give advice on the positioning of shoulders and bows.

Hultzer says she’s petrified, but also tremendously excited. She’s looking forward to the experience of staying in the Olympic Village. “Apparently the food’s amazing,” she says. “I’m hoping to eat sushi for breakfast, lunch and dinner.”

Whatever happens in London, she says, she hopes to be flying the flag at the 2016 Olympics in Rio too. By then, she’ll be 50 – and after that it might finally be time to hang up her bow. DM