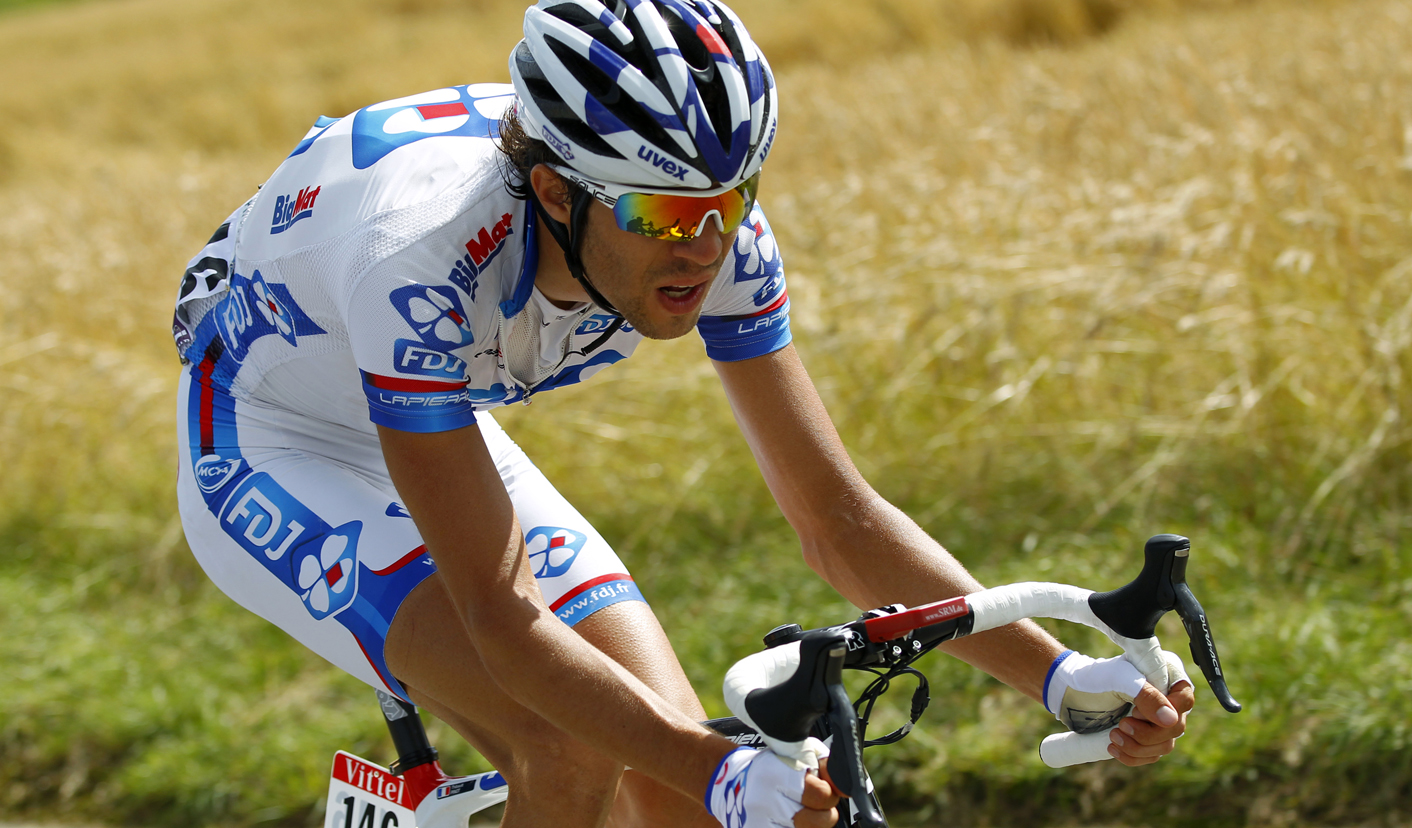 Thibaut Pinot, the youngest rider in the Tour de France, presented the French with their first stage victory in this year's edition after winning the hilly 157.5km Belfort-Porrentruy eighth stage on Sunday. By Gilles Le Roc'h.

The 22-year-old, born near Belfort, attacked in the last of seven climbs to cross the line on his own after the Tour crossed the mountainous French border into Switzerland.

The Frenchman held his nerve during the descent off Col de Croix which saw a chasing pack catching up with the leaders.

British rider Bradley Wiggins emerged as the leader of this second pack, seeing off a downhill pursuit from the dogged Italian Vincenzo Nibali as well as polka-dot jersey wearer Chris Froome.

Froome eventually gave up his polka dots to the Swedish rider Fredrik Kessiakoff, who starts Monday’s stage as King of the Mountains.

Wiggins’ fourth place was enough for him to retain the yellow jersey.

Pinot, who was not even selected in the initial choice of Tour riders for his FDJ-BigMat team, was in buoyant mood.

“It’s a dream. I rode the longest last 10 kilometres of my life,” he said. “I insisted I do it, because I knew what I could do. I hope my team director has no regrets now.”

FDJ team manager Marc Madiot’s original intention was to keep the young rider back for the Vuelta a Espana (Tour of spain) later this year.

“We were not in a hurry to enter him in the Tour, we wanted him to keep learning his job,” said Madiot. “But we knew he was a rider who could do well one day in a big Tour.”

Wiggins said it had been tough seeing off Nibali, saying: “It’s always the same situation on a descent like that.

“Vincenzo is a fantastic descender and we knew he’d put us under pressure going into the finish but we were just trying to keep cool in those mountains.”

One of the pre-Tour favourites, Spain’s Samuel Sanchez, the 2011 King of the Mountains, crashed out after 56km.

The Olympic champion hit the tarmac and his compatriot Alejandro Valverde and Frenchman Cedric Pineau tumbled on top of him, leaving the Spaniard with a broken hand.

His chances of being able to defend his Olympic title in London are now in doubt.

Monday’s ninth stage, a 41.5km individual time trial between Arc-et-Senans and Besancon, is another key moment of the Tour, with Wiggins expected to tighten his grip on the yellow jersey.

Probably the fastest specialist in the world, the Briton was quick to downplay the importance of a day of trials: “So much fuss has been made about time trials.” he said.

“But the Tour de France is about being good every day.” DM