The Higgs boson – what it is and what it does 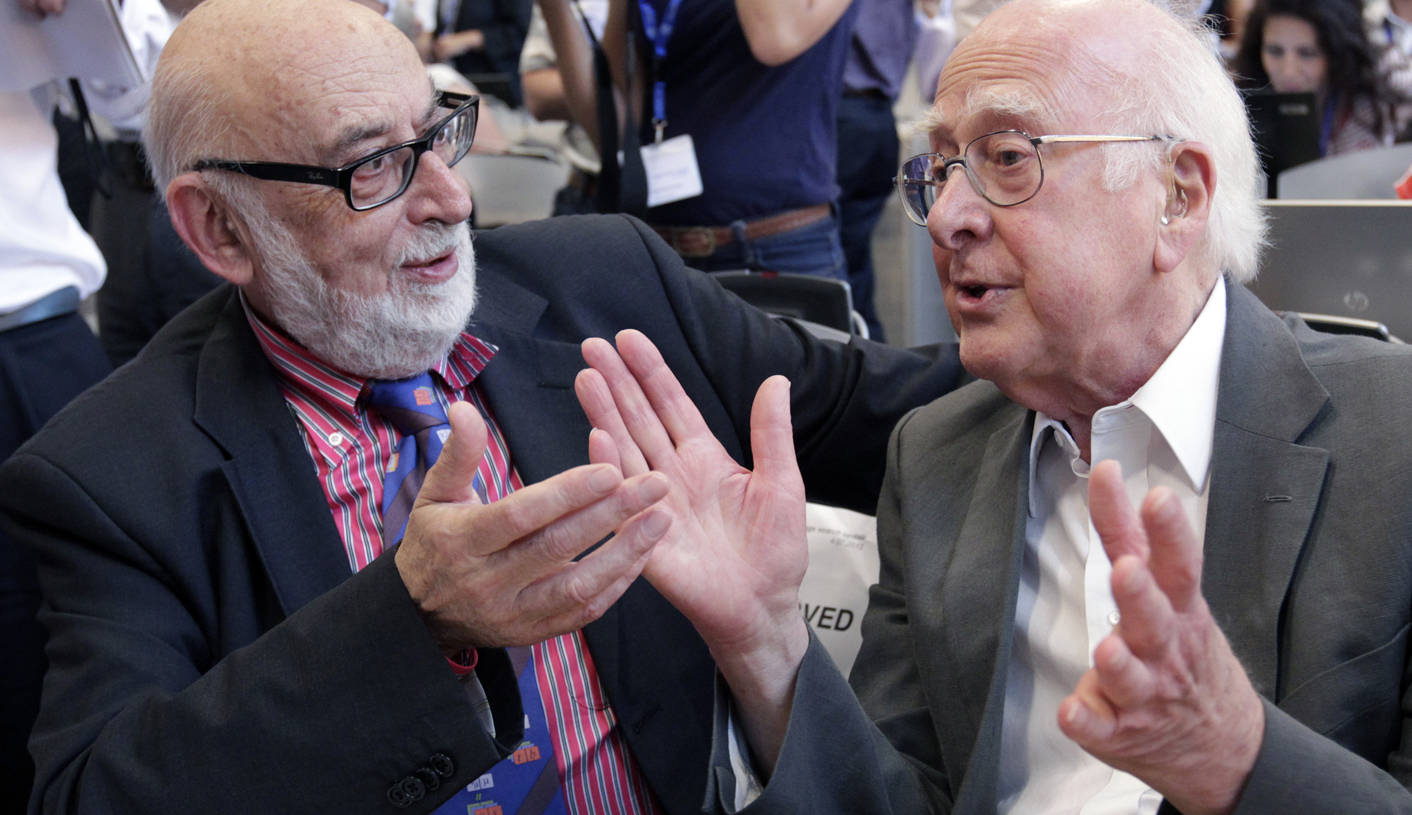 Scientists at the CERN research centre near Geneva, Switzerland, on Wednesday unveiled their latest findings in their search for the Higgs boson, a subatomic particle key to the formation of stars, planets and eventually life after the Big Bang 13.7 billion years ago. By Chris Wickham.

The Higgs Boson is the last missing piece of the Standard Model, the theory that describes the basic building blocks of the universe. The other 11 particles predicted by the model have been found and finding the Higgs would validate the model. Ruling it out or finding something more exotic would force a rethink on how the universe is put together.

Scientists believe that in the first billionth of a second after the Big Bang, the universe was a gigantic soup of particles racing around at the speed of light without any mass to speak of. It was through their interaction with the Higgs field that they gained mass and eventually formed the universe.

The Higgs field is a theoretical and invisible energy field that pervades the whole cosmos. Some particles, like the photons that make up light, are not affected by it and therefore have no mass. Others find it drags on them as porridge drags on a spoon.

Picture George Clooney (the particle) walking down a street with a gaggle of photographers (the Higgs field) clustered around him. An average guy on the same street (a photon) gets no attention from the paparazzi and gets on with his day. The Higgs particle is the signature of the field – an eyelash of one of the photographers.

The particle is theoretical, first posited in 1964 by six physicists, including Briton Peter Higgs.

The search for it only began in earnest in the 1980s, first in Fermilab’s now mothballed Tevatron particle collider near Chicago and later in a similar machine at CERN, but most intensively since 2010 with the start-up of the European centre’s Large Hadron Collider.

WHAT IS THE STANDARD MODEL?

The Standard Model is to physics what the theory of evolution is to biology. It is the best explanation physicists have of how the building blocks of the universe are put together. It describes 12 fundamental particles, governed by four basic forces.

But the universe is a big place and the Standard Model only explains a small part of it. Scientists have spotted a gap between what we can see and what must be out there. That gap must be filled by something we don’t fully understand, which they have dubbed ‘dark matter’. Galaxies are also hurtling away from each other faster than the forces we know about suggest they should. This gap is filled by ‘dark energy’. This poorly understood pair are believed to make up a whopping 96 percent of the mass and energy of the cosmos.

Confirming the Standard Model, or perhaps modifying it, would be a step towards the holy grail of physics – a ‘theory of everything’ that encompasses dark matter, dark energy and the force of gravity, which the Standard Model also does not explain. It could also shed light on even more esoteric ideas, such as the possibility of parallel universes.

CERN spokesman James Gillies has said that just as Albert Einstein’s theories enveloped and built on the work of Isaac Newton, the work being done by the thousands of physicists at CERN has the potential to do the same to Einstein’s work.

The Large Hadron Collider is the world’s biggest and most powerful particle accelerator, a 27-km (17-mile) looped pipe that sits in a tunnel 100 metres underground on the Swiss/French border. It cost 3 billion euros to build.

Two beams of protons are fired in opposite directions around it before smashing into each other to create many millions of particle collisions every second in a recreation of the conditions a fraction of a second after the Big Bang, when the Higgs field is believed to have ‘switched on’.

The vast amount of data produced is examined by banks of computers. Of all the trillions of collisions, very few are just right for revealing the Higgs particle. That makes the hunt for the Higgs slow, and progress incremental.

WHAT IS THE THRESHOLD FOR PROOF?

To claim a discovery, scientists have set themselves a target for certainty that they call “5 sigma”. This means that there is a probability of less than one in a million that their conclusions from the data harvested from the particle accelerator are the result of a statistical fluke.

The two teams hunting for the Higgs at CERN, called Atlas and CMS, now have twice the amount of data that allowed them to claim ‘tantalising glimpses’ of the Higgs at the end of last year and this could push their results beyond that threshold. DM

Photo: British physicist Peter Higgs (R) talks with Belgium physicist Francois Englert before a news conference update in the search for the Higgs boson at the European Organization for Nuclear Research (CERN) in Meyrin near Geneva July 4, 2012. (REUTERS/Denis Balibouse)