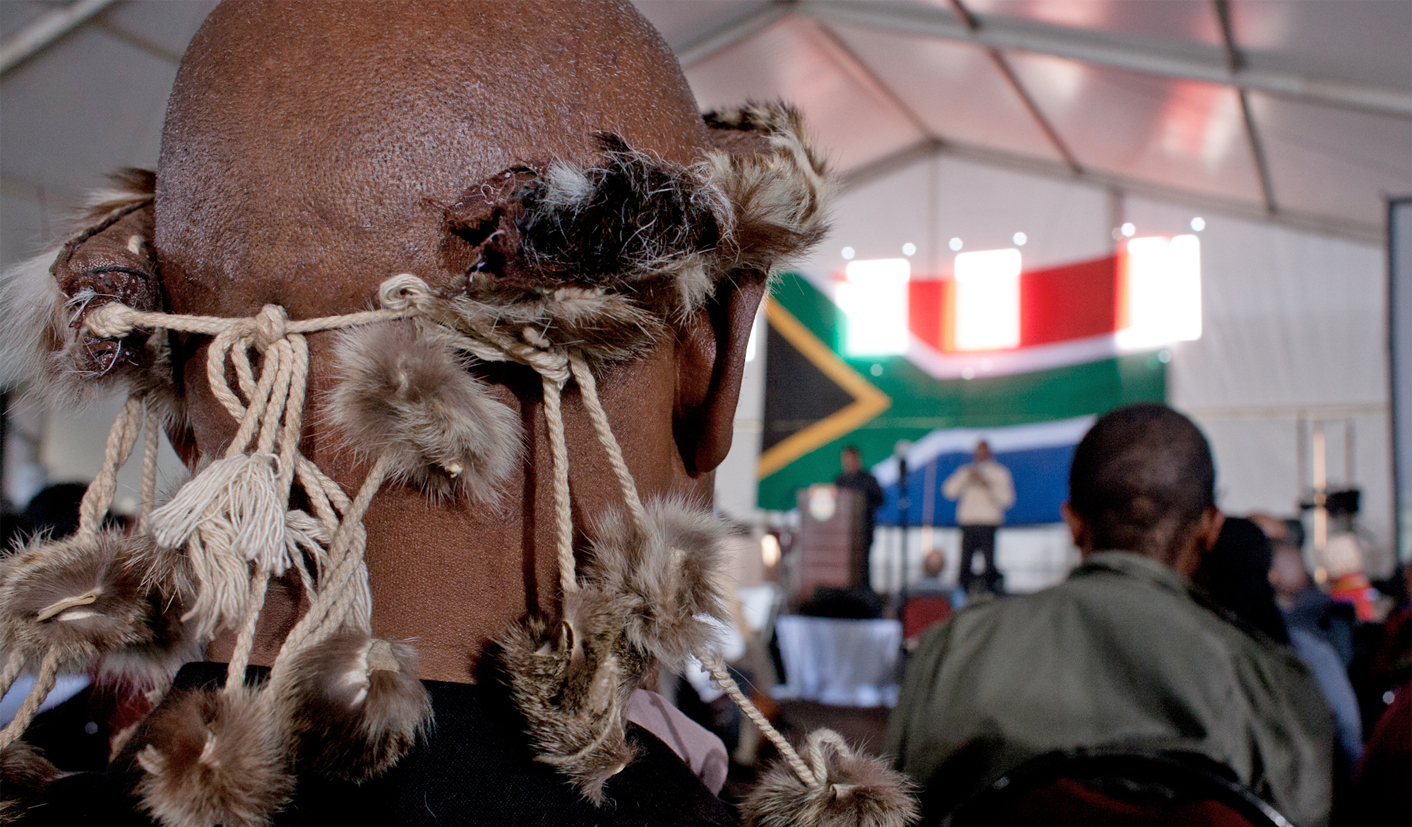 The summit was a veritable Babel of languages, voices, opinions and ideas, but most agreed that as long as economic inequality reigns it’s going to take a lot of patience to find a common South African-ness. By GREG NICOLSON.

Thursday was the final day of the national summit on social cohesion. Delegates from across civil society, government, community and cultural groups continued to line up behind the microphones as the economic transformation commission came to a close.

“All leaders have alluded to how it’s difficult to have social cohesion with such massive inequalities,” said one of the last speakers. Another who missed out yelled to have his say.

The social cohesion summit invited South Africans from across the country to discuss how “to heal divisions of our painful past and establish a society based on democratic values, social justice and fundamental human rights,” according to its final declaration. It was discussed in Kliptown, where the Freedom Charter was signed in 1955.

Delegates offered ideas, some novel, others rehashed, to address divisions in society. It seemed unanimous that reducing the burden of inequality, poverty and unemployment is a precondition to any solution.

In his opening address on Wednesday, President Jacob Zuma asked what it means to be South African. He mentioned the 2010 World Cup before turning to the plight of the poor.

“Firstly, our socio-economic transformation programme is a primary tool of national reconciliation, nation building and social cohesion… People will be more responsive to social cohesion messages if there is hope and tangible examples of movement towards a better life and economic freedom.”

Cosatu general secretary Zwelinzima Vavi agreed. “The obvious question we have to ask is: How far have we succeeded in making a reality of the lofty ideals so well articulated in that historic Freedom Charter?” he asked.

“The Apartheid fault lines remain in place in employment, healthcare, education, housing, transport, and across the spectrum.”

Vavi added, “Working together to confront the triple challenges of unemployment, poverty and inequalities can take us closer to our dream of creating a truly egalitarian, united, democratic, non-racial, non-sexist and prosperous South Africa.”

The weight of government and the ANC seemed to influence the summit’s final declaration. It resolved “to radically transform the economy”, echoing the president’s words at the ANC national policy conference, and committed to the National Development Plan vision for 2030.

While delegates called for economic transformation, they asked for clarity on issues such as nationalisation and didn’t mention the National Development Plan.

A delegate suggested a national freedom day in May 2014, marking 20 years of democracy. It could be used as an opportunity for people to come out and acknowledge the pain caused by colonial and apartheid systems.

Services, infrastructure and agriculture in rural areas must be a focus, said delegates, who questioned why urban areas always seem to get preference. It was part of a call for defining a clear economic strategy to overcoming inequality.

They also said the willing-buyer, willing-seller system hasn’t resolved the land issue, which continues to divide citizens. “We need to find a balance between black aspirations and white fears,” said Leonard Martin, reporting back from the commission on spacial development.

One of the most common suggestions was that South Africa develop a shared discourse, meaning all citizens should be multilingual in four to five languages. Indigenous languages must develop into languages of knowledge production, said a member of the Khoisan community, well represented over the two days.

The contributions showed a commitment to the South African miracle, which has faded as society still grapples with overwhelming problems. “We’ve really once more confirmed our commitment to a non-racial, non-sexist democratic society,” said arts and culture minister Paul Mashatile.

He explained the very reason the Freedom Charter was signed in Kliptown was a sign of social unity. In 1955 it was illegal for whites to enter the townships, so to ensure everyone was able to attend the Congress of the People, it was held on a property owned by an Indian in Kliptown.

Delegates smiled when they heard the story, but it’s important to remember how the summit came to Kliptown in 2012.

It had been on the cards since 2009, but Zuma announced the summit after the controversy caused by Brett Murray’s painting The Spear. ANC and alliance partners close to Zuma had criticised the white population for remaining insensitive to Africans while maintaining a sense of superiority.

Much of the public agreed, but after Zuma brought the Goodman Gallery and Murray to court the ANC was widely criticised for exploiting divisions within society.

Before the cohesion summit closed on Thursday, Reverend Frank Chikane said it is essential South Africans are ready to listen to each other and they will need “loads and loads of patience”.

Mashatile said he hoped to keep the dialogue open, perhaps with another summit in five years. But the path to national cohesion faces stiff challenges. Some ideas on language, the Khoisan and continuing discussion can be implemented.

But what of two preconditions: reducing inequality and avoiding political exploitation of divisions? Chikane was right. We’ll need patience. DM