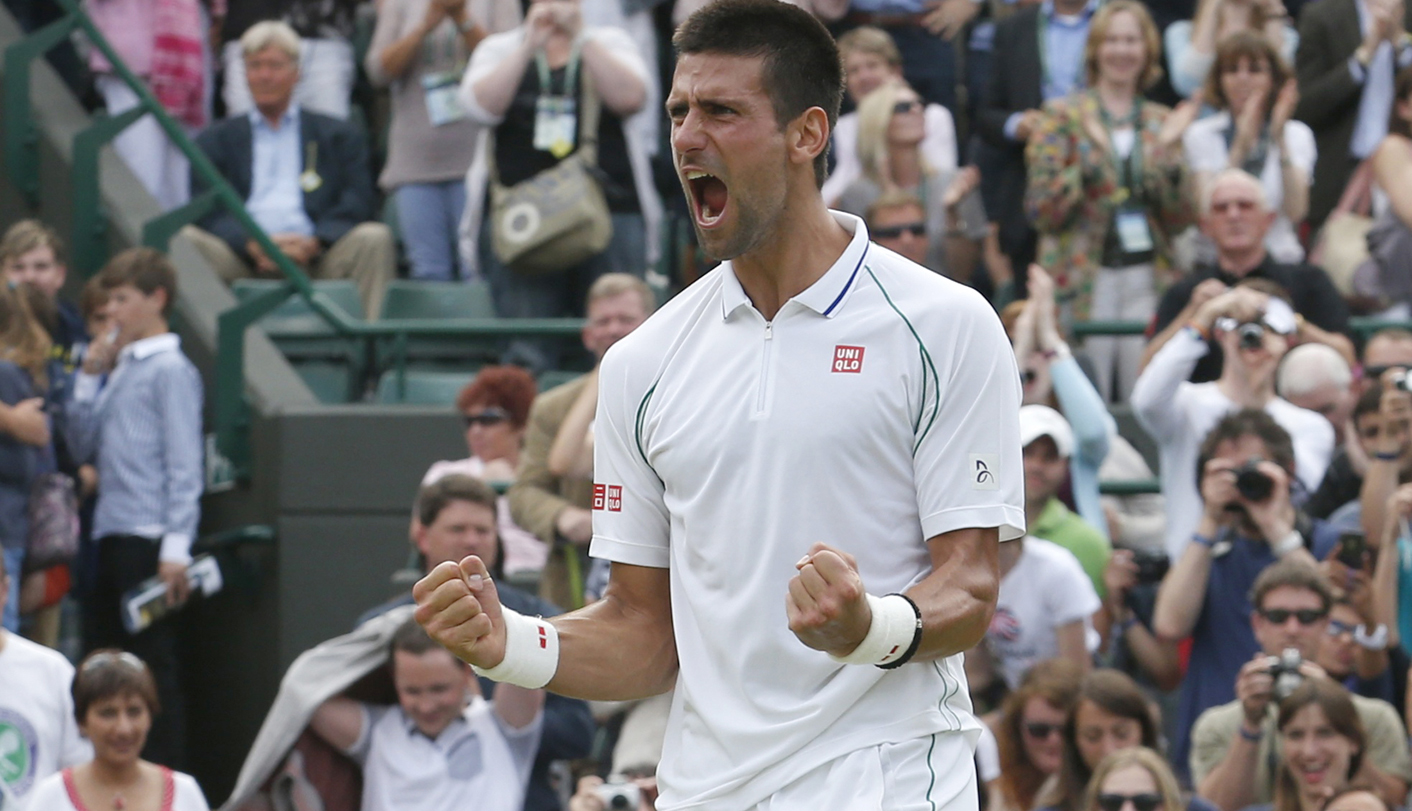 There was an air of invincibility about Novak Djokovic as he cruised into the Wimbledon semi-finals with a second-gear victory over Florian Mayer on Wednesday. By Toby Davis

His dominance over the German was reflected in the 6-4 6-1 6-4 scoreline and in the manner of a performance that set up a last-four clash with 16-times grand slam champion Roger Federer.

The Serb was not at his brilliant best and did not need to be to dispatch the world number 29 who laboured to stay in the match, but never looked like inflicting a decisive blow.

The defending champion was broken in the opening set and handed multiple break-point opportunities to his opponent in the third, but every time Mayer threatened to turn the screw, Djokovic stepped up the quality.

The early break came when Djokovic was still adjusting his sights to the conditions on Court One, having played his last three matches under the cover of the Centre Court roof.

“I had a little trouble adjusting to the sun and to outdoor conditions,” he told reporters.

“So it took me a bit of time to get into the rhythm.”

When he found that rhythm in the second set he was unstoppable, flying through it on fast forward with a double break.

Mayer held on to the Serb’s coat tails in the third, but Djokovic broke in the ninth game and finished him off with an ace.

“It’s not impossible, but if you don’t take the chances you get, you cannot beat world number one. That’s it,” was Mayer’s take on a match in which he spurned seven of eight break points.

The top seed has eased into the semi-finals with a series of routine victories and is likely to face his first real challenge against Federer on Friday.

The Swiss enjoyed an even easier semi-final workout than Djokovic, dismantling Mikhail Youzhny in straight sets.

Djokovic goes into the match with the psychological edge having won six of their last seven meetings but they are yet to face each other on grass.

“Most of our matches that we play against each other are very close and very few points decide the winner,” Djokovic said.

“I won two years in a row against him with match points down, so I can’t really say I’ve been winning comfortably those matches.

“That’s what I expect in the next one, as well. As I said, we never played on grass, so I think it’s going to be interesting for both of us to see what happens.” DM