The plunder of Timbuktu

The plunder of Timbuktu 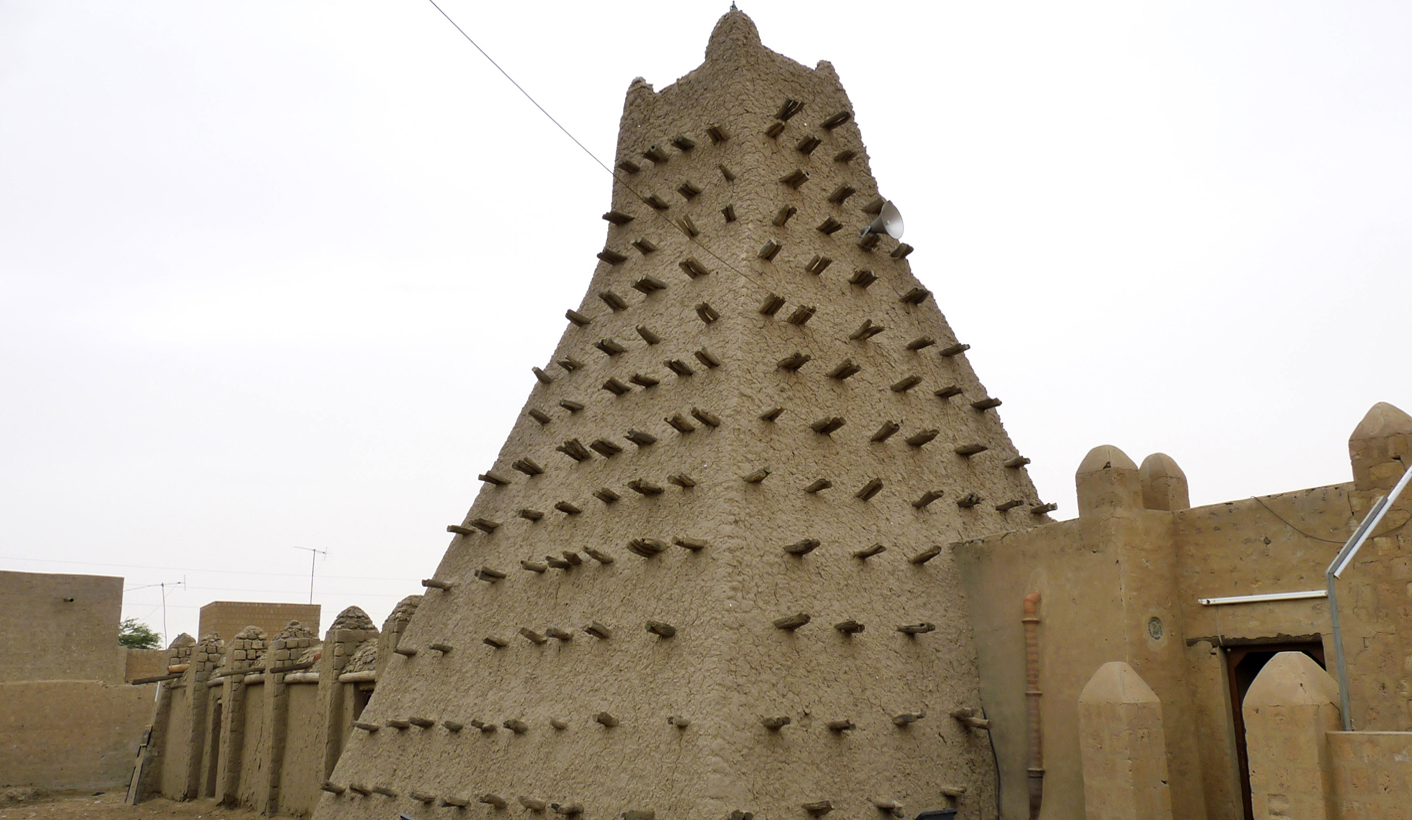 ‘Islamist rebels’ have been blamed for a campaign of plunder in Timbuktu this week, but who exactly are they and what do they want? KHADIJA PATEL tracks the conflict in northern Mali.

As momentum builds outside Mali to launch some kind of military intervention into rebel-held territory, the conflict in northern Mali has grown increasingly complex in recent weeks. Even as reports of rampaging Islamists in Timbuktu proliferate our news bulletins, however, the complexity of the conflict has been steadily ignored.

It has been several months since rebel groups wrested control of Northern Mali from government forces. One group, a Tuareg tribal militia known as MLNA, was armed by former Libyan leader Muammar Gaddafi and fought for him during in the Libyan war last year. When Gaddafi fell, the MLNA raised guns for their old cause – a state of their own. They are ethnic nationalists, embittered against colonialism. And as the MNLA gathered their forces, they formed an alliance with other militias in Northern Mali, all of them rebels with separate causes – but, crucially, a common enemy.

One of these groups, Ansar Eddine (Arabic for helpers of the faith), has been described by commentators as the Taliban of the Sahel. This is the group currently in control of the town of Timbuktu, a city that once was the hub of cultural and intellectual pursuits in Africa.

The MNLA captured Timbuktu without a fight after the Malian army abandoned the city. A day later, however, Ansar Eddine drove out the MNLA, and has held the city ever since. Andrew Lebovich, a Washington DC-based researcher on the Sahel, says that although Ansar Eddine was formed late last year, its leader, Iyad Ag Ghali, has long been a power broker in northern Mali. Analysts say Ag Ghali’s importance as a leader lies more in his kinship and tribal roles in northern Mali than in his new-found role as the leader of a so-called Islamist faction. Ag Gali has repeatedly fallen out with the MNLA, who accuse him of humiliating them.

The MNLA, then, was drawn into conflict with Ag Ghali. Crucially, though – and unlike the MNLA – Ansar Eddine’s Islamist credentials have increasingly been linked to the Al-Qaeda branch in west Africa (AQIM).“Reports indicate that Ag Ghali has grown more religious in recent years, but initially Ansar Eddine appeared no different to the MNLA,” Lebovich tells Daily Maverick.

Other analysts say Ag Ghali has emerged as a committed Salafist in recent years, and declared his intention to put all Mali under Sharia law – angering the MNLA, who disagree with his interpretation of what the identity of the new Malian state should be. Negotiations between the two factions have been futile. What is becoming clear is that Ansar Eddine does have stronger links with Al-Qaeda in the Islamic Maghreb than previously suspected. “There is a general belief that much of the support lent to Ansar Eddine… came from AQIM,” Lebovich says, noting that this includes weapons, money and ideological support. There is, however, very little credible information on the exact nature of the influence of AQIM on Ansar Eddine.

Ag Ghali’s embrace of the Salafi brand of Islam is significant to understanding Ansar Eddine’s rampage on the heritage of Timbuktu in the last week. Salafists believe that any innovation from the original version of Islam, as practised in the Arabian Peninsula in the time of Mohammad, is akin to polytheism – blasphemy. Now that Ansar Eddine has firm control over Timbuktu, they’ve started to purge the city of its religious relics and destroy historic cultural sites deemed blasphemous. Great mosques and mausoleums to local saints – of unique architectural design – were erected in the 15th and 16th century, and the city is home to a long tradition of a local Sufism, which is an Islamic mystic tradition.

It’s little wonder, then, that this campaign has been compared to the Taliban’s 2001 destruction of the Buddhas of Bamiyan.

Attempts by regional body ECOWAS to negotiate with rebels in northern Mali have yielded nothing so far. As one negotiator put it, “We’re in talks at the moment, but obviously they’re not going well because we want different things.” Rebels with separate causes defeated a common enemy, but now it remains to be seen which cause will trump the other.

The rebel insurgency in northern Mali began as yet another expedition in the life and times of the Tuareg people to win sympathy from the world. But while the MNLA will win some sympathy for being victims of Ansar Eddine, in the end, the prospect of broad international support for a Tuareg state is now in tatters, much like Timbuktu. DM

A traditional mud structure stands in the Malian city of Timbuktu. Al Qaeda-linked Mali Islamists armed with Kalashnikovs and pick-axes began destroying prized mausoleums of saints in the UNESCO-listed northern city of Timbuktu on June 30, 2012 in front of shocked locals, witnesses said. The Islamist Ansar Dine group backs strict Sharia, Islamic law, and considers the shrines of the local Sufi version of Islam idolatrous. Sufi shrines have also been attacked by hardline Salafists in Egypt and Libya in the past year. Picture taken May 15, 2012. (REUTERS/Adama Diarra)