Kumar Sangakkara, the king of cool

Kumar Sangakkara, the king of cool 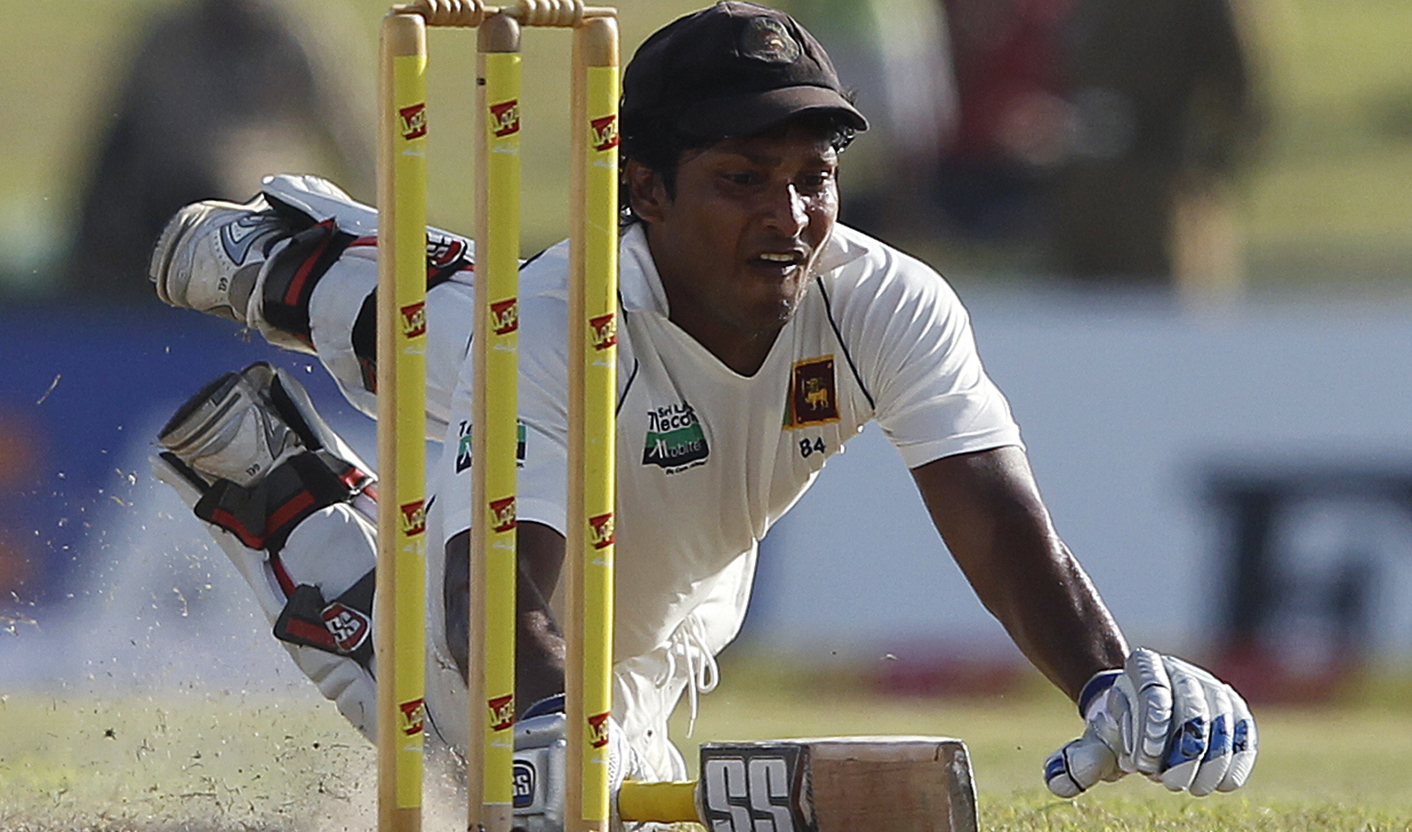 Kumar Sangakkara has become the 10th player to pass Sir Don Bradman’s record of 29 Test hundreds and has just been ranked the number one Test batsman in the world  – a remarkable feat, even for a somebody often labelled a flat-track bully. By ANT SIMS.

Last year at Lord’s, Kumar Sangakkara delivered a bewitching Cowdrey Lecture at the annual Spirit of Cricket event hosted by the MCC. While introducing him, MCC president Christopher Martin Jenkins related how he had seen Sangakkara play for West Surrey. Sangakkara showed up one Saturday and scored 100, left-handed. About a month later, he batted right-handed and scored another 100. Jenkins asked Sangakkara how he decided which side to bat, and Sanga responded: “It’s quite simple. If I wake up on a Saturday morning and my wife is lying on her right-hand side, I bat right-handed. If she is lying on her left, I bat left.”

Jenkins jested, “What do you do if she is lying on her back?” and Sangakkara, always with a humorous streak, responded: “I have to ring up the captain and say I’m not available”.

With that, the ice was shattered and Sangakkara had the floor. He spoke lovingly about the spirit of Sri Lankan cricket and, as his speech reached a crescendo in that hypnotising island drawl, his love for the game was plain.

“I play the game hard and fair and be a voice with which Sri Lanka can speak proudly to the world. My loyalty will be to the ordinary Sri Lankan fan, the 20 million hearts beating collectively as one to our island rhythm, filled with an undying and ever-loyal love for this, our game, fans of different races, castes, ethnicities and religions, who together celebrate their diversity by uniting for cricket, a common national cause,” he said.

And boy, has he played hard since then.

Apart from just having been named the world’s number one Test batsman, he’s notched up 1,370 runs in Tests in the last 12 months alone, and he’s currently just 202 short of the 10,000 club in total. He’s scored five hundreds in 13 matches and averages 59.56 in those Tests. On the fourth day of the second Test against Pakistan this week, he reached yet another milestone. Scoring his 30th Test century, Sangakkara passed Don Bradman’s record of 29 Test hundreds. He’s played more than double the number of Tests Bradman did, but still, he’s only the 10th player and the second Sri Lankan to achieve the feat.

“I played a lot more Test matches than he did, and if he played the amount that I have, there would have been no chance of catching him,” Sangakkara said.

“But it’s a great honour to get to 30 hundreds and it is something that I  always set myself when I started playing cricket and when I started getting hundreds.”

Like most great Sri Lankan batsmen, Sangakkara has often taken flak for being a flat-track bully – a batsman who only performs on his flat home surfaces. And while he has scored the bulk of his runs in the sub-continent, he also has an impressive record in Australia, with an average of 65.16 in three matches, higher than the 62.94 he averages in Sri Lanka. However, the most  staggering Sangakkara stat is his 95.91 average in matches won where Sri Lanka batted second. That is an astounding statistic, the mark of a man determined to knuckle down and get the runs on the board when his team needs them most. He’s also now fourth on the list of batsmen with the most 150-plus scores in Tests, and his average of 79.96 at the SSC is the highest of the batsmen who have scored more than 2,000 at a certain ground.

Flat-track bully? Sometimes, but a flat-track bully with tremendous flair and incredible grit, and his talent cannot be denied. He has etched himself into cricket history as one of the most aesthetically pleasing batsmen to watch. He’s solid, classic, captivating – and for the all the criticism he’s faced, he’s always found ways to dig himself out of the hole.

Given that he is now 34, rumours of his retirement may soon start to simmer. But with the scintillating form he currently finds himself in, the left-hander has insisted he will continue for as long as he still can. And so he should, because Sangakkara has played the game hard, and he’s lived it with every fibre in his being. Those who are fond of picturesque cover drives will continue to savour every moment. DM