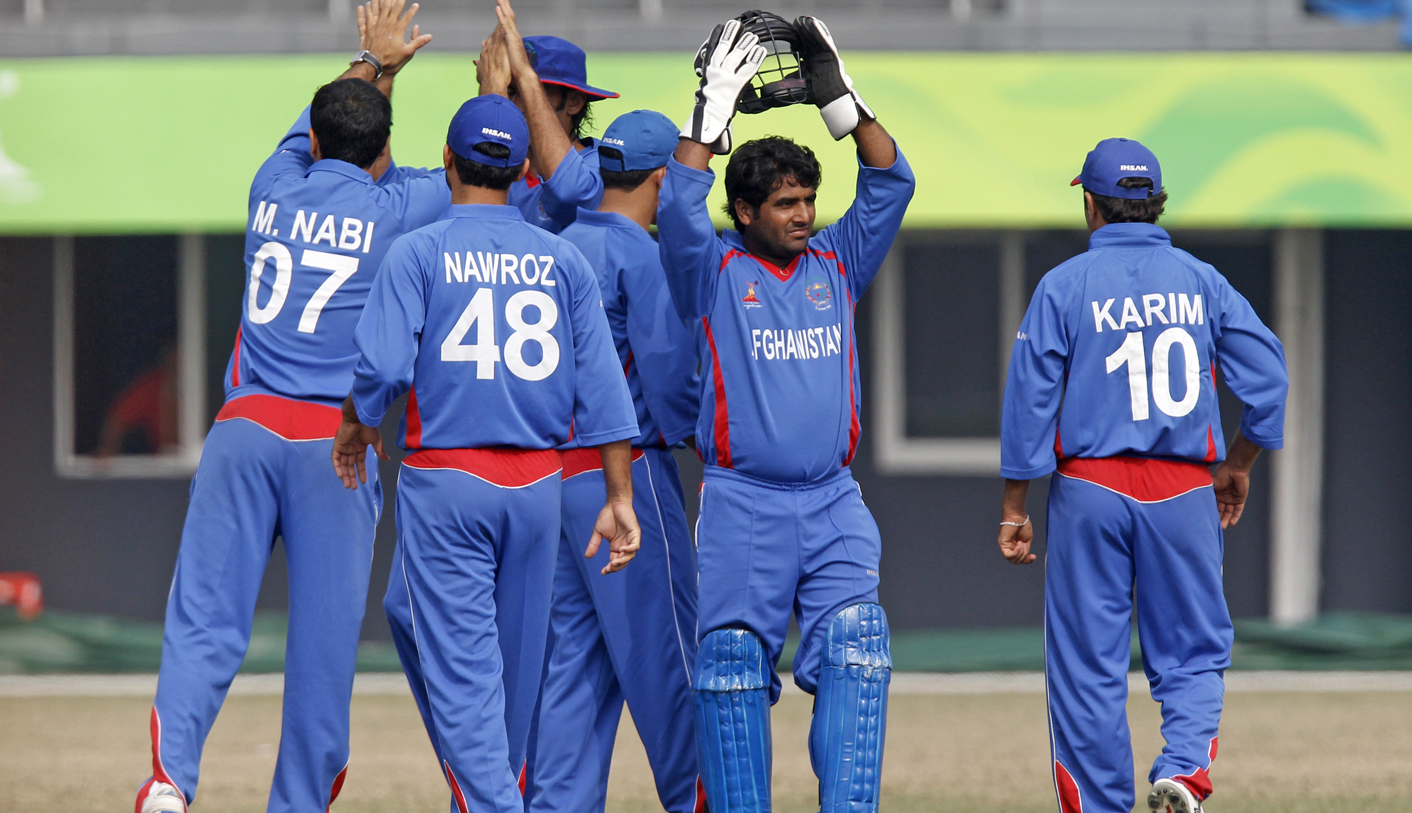 Afghanistan will play Australia in a one-day match next month on neutral ground in the UAE. It might seem insignificant, but it’s another step in the right direction for a team whose story has won the hearts of many. Caution: especially for sensitive readers. By ANT SIMS.

Those with their finger on the pulse of cricket will be familiar with the story of Afghanistan. It’s enough to make Jane Austen’s romance novels look like a weekend rag – that is, of course, if you’re the kind of romantic who grows misty at tales of kicking adversity in the teeth.

Afghanistan’s foray into international cricket is not new, of course. They already played in the 2011 Twenty20 World Cup – a journey that spawned the inspirational Out of the Ashes documentary. And, despite losing both their games, against India and South Africa, they gained invaluable experience.

It might seem insignificant, a minor challenge for Australia and an insignificant blotch on the tour schedule, but for Afghanistan it’s another chance to pique the interest of the cricketing world and to continue their quest to gain Associate status from the ICC. They are currently an Affiliate, but Associate status will not only grant them additional funding from the ICC, it will also increase their chances of playing more cricket, against stronger opposition. It might seem feeble, but to them it’s a lifeline: to get smarter, one must play smarter opponents.

Later in the year, Afghanistan will be taking part in the Twenty20 World Cup, where they will find themselves in yet another difficult group, pooled against England and India. It will take nothing short of a miracle for the side to win, but it is their chance to test their mettle against some of the big names in cricket. With a bunch of rather impressive players present, who have all made their way to the top without the help of big-name coaches, it will be the experience of a lifetime.

Afghanistan boasts an impressive youth development programme, and their under-19 side will be taking part in the under-19 World Cup, which will be played in Australia later in the year.

If anything, their perseverance makes it abundantly clear that the pure, raw love for cricket is strong and absorbing in Afghanistan.

So what’s the prognosis? Their strength most certainly lies in the shortest format of the game. They’ve performed well in Twenty20 cricket. Currently ranked 10th by the ICC – ahead of Zimbabwe and the unranked Bangladesh, they recently made it to the finals of the ICC T20 qualifiers, losing their final match to Ireland after notching up comprehensive wins over teams like Namibia, Bermuda, Hong Kong and even the Netherlands.

It’s an impressive tally of wins, especially for a team that has in many ways been the sport’s unrecognised stepchild.

Beyond their achievements on the cricket field, every single player in the team has a story. Some picked up the game in refugee camps, the rest were schooled my friends or teachers. Every single player has a tale that can tug at your heartstrings and, when the team comes together as a whole, their love for the game and their ability to dust themselves off and get up from seemingly impossible challenges can fill the heart with joy – and, frequently, jerk some tears.

Their domestic matches already draw around 5,000 spectators each, and it is estimated that cricket has around 50,000 participants in the country. As the game of cricket continues to progress to a fast-paced, money-based business in the country, Afghanistan and the heights for which they keep reaching is a reminder that, for some, the game is so much more than that.

It’s hope, it’s life and most of all, it’s a reminder that behind the flamboyant strokeplay and snarling deliveries there are humans, each one with a story to tell, and each one with a different reason for finding cricket such a heart-warming and absorbing sport. DM