Tennis: Nadal, Serena up and running at Wimbledon

Tennis: Nadal, Serena up and running at Wimbledon 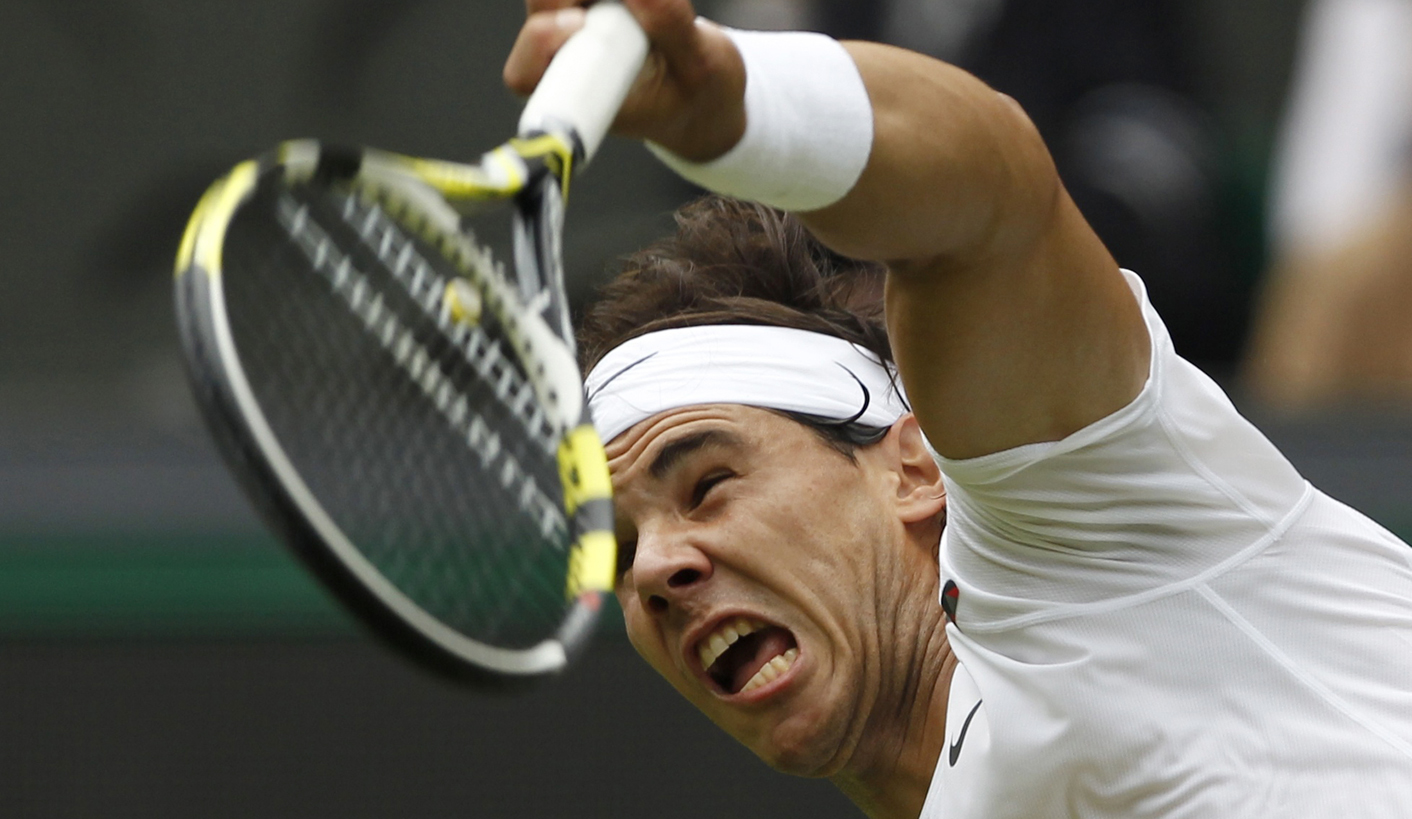 Rafa Nadal needed a few games to adjust his sights for grasscourt combat at Wimbledon but Serena Williams quickly found her range as the two former champions moved safely into the second round on Tuesday.

Spaniard Nadal, looking to reclaim the title he won in 2008 and 2010, found himself 4-0 down against Brazil’s Thomaz Bellucci on Centre Court before a barrage of heavy hitting took him to a 7-6 6-2 6-3 victory in two hours 15 minutes.

Williams, the day after her sister Venus was bundled out in the first round, restored family honour with a 6-2 6-4 defeat of battling Czech Barbora Zahlavova Strycova.

Home favourite Andy Murray, the last member of the men’s ‘big four’ to get the grass under his feet this week, also impressed, thrashing Russia’s former world number three Nikolay Davydenko for the loss of six games.

Wildcard Lleyton Hewitt, the 2002 champion, lost 6-3 6-4 6-4 to French fifth seed Jo-Wilfried Tsonga and 20th seed Bernard Tomic’s surprise 3-6 6-3 6-4 6-4 defeat by Belgian wildcard David Goffin made it a bad day for Australian men who will not have a second-round survivor for the first time since 1938.

Women’s defending champion Petra Kvitova had the honour of opening Centre Court proceedings on what is traditionally Ladies Day at the All England Club.

Like Nadal, she also took a while to find her rhythm before beating Uzbekistan’s Akgul Amanmuradova 6-4 6-4 in a low-key match interrupted by the first raindrops of the week.

Rain eventually returned later in the day to leave the likes of Caroline Wozniacki and Andy Roddick with first-round matches to complete on Wednesday.

Second seed Nadal, who has never lost in the first round of a grand slam, admitted he was a touch fortunate to progress in three sets against the 80th-ranked Bellucci.

“The first set I played little bit too nervous, little bit not knowing exactly what to do. My movements were defensive.”

“But I was able to win the first set. Then I started to play better,” added Nadal, who ended the news conference answering questions about Spain’s chances against Portugal in the European Championship semi-final on Wednesday.

Serena, whose career has teetered on the brink since she collected her fourth Wimbledon singles title in 2010, was given a decent workout by Strycova on Court Two.

The fired-up 30-year-old let out a roar when she closed out the match and looked in the mood to fly the Williams flag throughout the fortnight after five-times champion Venus’s disheartening display.

“Definitely a little relief, I think I was letting out a lot of cries. I was happy to get through that,” said Williams, who reached the fourth round last year after returning from a career-threatening foot injury and health issues.

Whether or not she was happy to be sent packing out to the intimate Court Two, was a question she swerved.

“I can’t even talk about it. I’m over it. So I don’t care to talk about it,” snapped Williams, who will face Hungary’s Melinda Czink in round two.

Murray looked to have drawn the short straw when his name came out with Davydenko’s in the draw but the Briton made mincemeat of the Russian, winning 6-1 6-1 6-4.

Saddled yet again with ending Britain’s interminable wait for a men’s champion at Wimbledon, which stretches back to 1936, Murray looked in fine fettle with a dominant display that allayed any fears over a nagging back injury.

“It was a good start, and I knew obviously when I drew him I was going to need to start the tournament well,” Murray said.

“Once I got ahead, I really tried to keep it up and I did a good job.”

The highest seed to tumble on a routine day of action was men’s number No. 14 Feliciano Lopez who lost to Finn Jarkko Nieminen.  DM