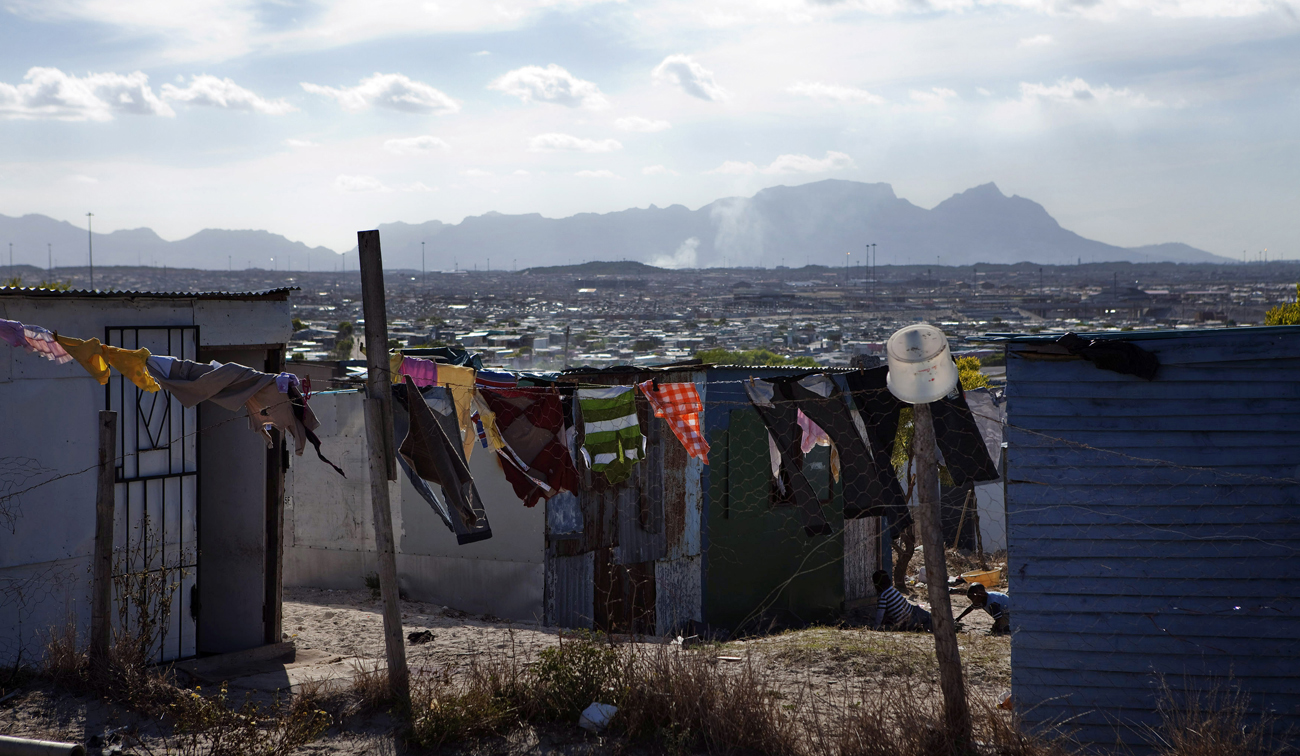 This month alone has seen the murder of two members of the gay community, Nyanga’s Phumeza Nkolonzi and Kuruman’s Thapelo Makutle. Because these hate crimes are not yet recognised as unique crimes under SA law, there are no reliable figures about the extent of the issue in the country. REBECCA DAVIS reports on the problem.

Phumeza Nkolonzi was at home with her grandmother and her six-year-old niece on Saturday night in Nyanga, Cape Town. The three were watching television. Nkolonzi had been out earlier in the evening, but had returned at about 8pm. A little after that, the door was kicked in by a man wielding a gun, who shot her. “Why?” Phumeza allegedly cried, but the gunman was silent. He shot her a second and then a third time, at close range, in the forehead. Then, taking her cellphone, he left.

What possible motive could there be for this murder? Phumeza’s brother, Solly, told IOL that his sister “was not a naughty child. She was a lesbian, but she never did any wrong things”. Under South African law, this crime will be legally recorded as a murder, but gay rights activists believe it should be treated as a hate crime because they maintain Nkolonzi was killed for being a lesbian. Why?

“Phumeka was 22 years old,” FreeGender founder Funeka Soldaat told the Daily Maverick. “She was shot three times. It was only the third bullet that killed her. You can’t kill a person like that without there being hate behind it. And this is the same area where they found Nontsikelelo Tyatyeka last year. We believe this is part of a pattern.”

Last year, Phumeza had attended the funeral of Nontsikelelo Tyatyeka. Tyatyeka had been killed and left in her neighbour’s wheelie-bin, her body disposed of as casually as her life. Tyatyeka, too, had been a lesbian. Her mother, Nombasa, said the killer had stabbed her daughter when Tyatyeka refused to sleep with him.

Earlier this month, Thapelo Makutle, 23, was killed and mutilated in Seoding near Kuruman. Makutle’s murder made international news because of its violence: his throat had been slit to the point of a virtual beheading, and part of his testicles and penis had allegedly been cut off and stuffed into his mouth. Lesbian and Gay Organisation (Legbo) director Shaine Griqua told the media the organisation had received information that Makutle had been followed home and killed after an argument about whether he, a former Miss Gay Kuruman, was transsexual or gay.

In the wake of his death, a statement from DA parliamentary leader Lindiwe Mazibuko condemned the presidency’s silence on the matter of what she termed “homophobic hate crimes”. Cosatu’s Northern Cape secretary, Anele Gxoyiya, also condemned “this brutal attack on a young, brilliant and educated soul whose head was chopped off in a hate crime.”

Yet, though it may seem intuitively reasonable to assume Makutle’s murder was a “hate crime”, as both the DA and Cosatu concluded, this category is not a legitimate one under SA law currently. Internationally, according to a paper by Unisa’s applied psychology professor Juan Nel, hate crimes are considered “a priority crime”. Nel quotes from the Hate Crimes Act of New York State: “Hate crimes do more than threaten the safety and welfare of all citizens. They inflict on victims incalculable physical and emotional damage and tear at the very fabric of free society. Crimes motivated by invidious hatred toward particular groups not only harm individual victims but send a powerful message of intolerance and discrimination to all members of the group to which the victim belongs.”

Nel told the Daily Maverick he believes South Africa does not yet have dedicated hate crime legislation partly because it’s relatively new internationally, and partly because there’s a tendency within the country to not link individual crimes to institutionalised forms of victimisation. Because these crimes are viewed in silos, there’s currently not enough of an attempt to consider how crimes relating to racism intersect with xenophobia, or how gender-based violence might help us understand crimes against the lesbian, gay, bisexual, transgender and intersex community.

In 2010 a Hate Crimes Bill was proposed in South Africa in the wake of xenophobic violence. At the time, justice spokesman Tlali Tlali said: “This bill will create offences relating to racial discrimination, xenophobia, hate speech and other related acts of intolerance”. Though he didn’t specifically mention LGBTI hate crimes, naturally they would fall under that ambit too. But the Hate Crimes Bill is not yet law – in fact, according to Nel, it’s unlikely to be even sent out for public consultation this year. What happens in the interim?

“There are two schools of thought on how to deal with the issue in the criminal justice system,” explained the Women’s Legal Centre’s Sanja Bornman to the Daily Maverick. “Some advocate for making hate an element of the crime, so that evidence of hate would have to be put up during trial in order to prove a hate crime, and aired in cross-examination. Making hate an element of the crime is ideologically sound, but proving hate as an element in practice might be difficult. It’s tricky because you would need to establish factors like the perpetrator’s pre-existing feelings about gay people, which requires evidence which is often unavailable.”

The alternative, says Bornman, is to “be allowed to lead evidence about the hate element once the verdict is guilty, during the sentencing phase, in aggravation of the sentence”. An illustration of this second approach was found in the case of the four men convicted in February 2012 of the murder of lesbian Zoliswa Nkonyana. Delivering judgement, magistrate Whatten was satisfied to conclude that Nkonyana had been murdered as a direct result of her having exercised “her right to live openly as a lesbian”, and that the “hatred and intolerance” which drove the crime constituted an aggravating sentencing factor.

LGBTI rights group the Triangle Project declared that the sentence “set an important precedent in the South African Criminal Justice System by acknowledging hatred and intolerance based on sexual orientation as an aggravating factor”.

Bornman points out, “Whether an element of the crime, or an aggravating factor, it is critical to have the hate element exposed and interrogated in open court.”

The real-life results of South Africa’s current lack of hate crime legislation are far-reaching. For example, it can have an impact on the way the crime is handled by police. Legbo’s Griqua told MambaOnline at the time of Makutle’s murder that the police in the Northern Cape “don’t even know what a hate crime is. If you ask them if it was related to his sexuality they will say ‘no’ because they don’t understand the context”.

Nel is part of an initiative taking steps to try to address this problem. The Hate Crimes Working Group was set up at the end of 2009, involving 26 civil society groups, to try to muster a co-ordinated response to the issue of hate crimes and engage government on the problem. They are currently undertaking a research project in five provinces to get a better sense of the scale and impact of hate crimes, and have created a monitoring form to be filled out by victims, recording details like the nature of the crime and its treatment by authorities. If the form is approved in a trial run with NGOs, they hope to see it rolled out nationwide, including in police stations, to attempt to build a database of information on these kinds of crimes, and from there to increase pressure on government to tackle the problem.

Naturally, merely creating a legal category for hate crimes will not eradicate their execution. In the case of violence against the LGBTI community, the problem runs far deeper than this. Lesbian blogger and film-maker Melanie Nathan believes some of the issue comes down to education. “I think the South African government needs to embark upon a massive educational programme,” she told the Daily Maverick. “Ignorance sparks hate. LGBTI people are like anyone else. Sexual orientation is natural and not a choice.” DM