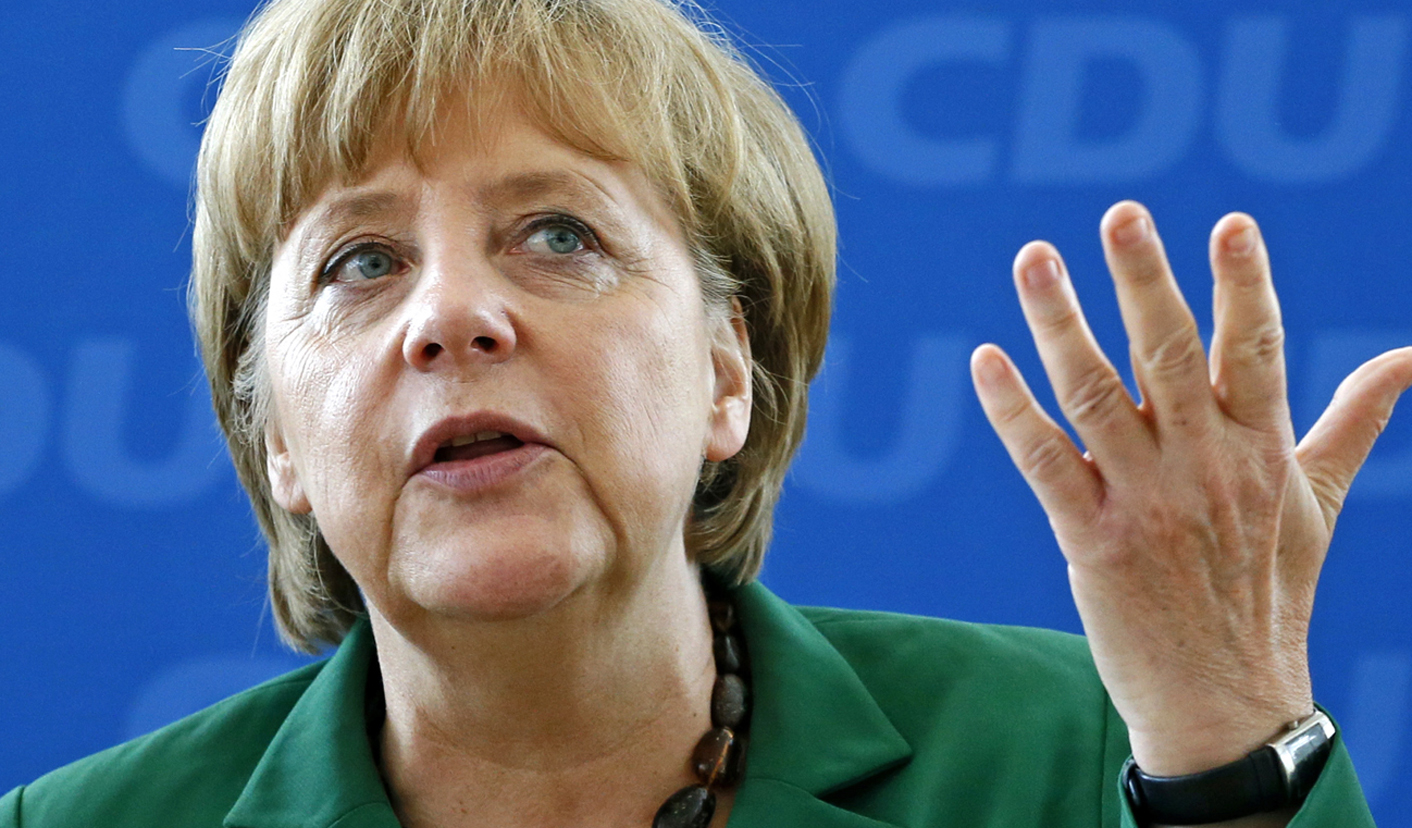 On the eve of a crucial summit that could determine the future of the euro zone, German Chancellor Angela Merkel brushed aside increasingly shrill calls from Spain and Italy on Wednesday for emergency action to lower their soaring borrowing costs. By Noah Barkin and Julien Toyer

European Union leaders go into the two-day meeting beginning on Thursday evening more openly divided than at any time since a still-widening debt crisis erupted in early 2010 after Greece revealed its deficit and debt were far higher than reported.

Addressing parliament in Berlin, Merkel accused top European Union officials of putting the cart before the horse by proposing common euro zone debt before EU controls are in place on national budgets and economic policies.

“I fear that at the summit we will talk too much about all these ideas for joint liability and too little about improved controls and structural measures,” she said, renewing her mantra that even Europe’s strongest economy must not be overburdened.

Merklel left the door ajar to eventual joint debt issuance but offered no short-term measures to ease the crisis, now in its third year.

But she insisted that Berlin’s European partners must first commit to giving EU institutions the power to override their budgets and make them change policy before there could be any shared liability for Europe’s debt.

“Joint liability can only happen when sufficient controls are in place,” she said in a less definitive rejection of common euro zone bonds than she made behind closed doors on Tuesday, when she told lawmakers she did not expect to see total shared debt liability in her lifetime.

Rome and Madrid have seen their borrowing costs spiral to a level which for Spain at least would not be sustainable as it battles to recapitalise banks ravaged by a burst property bubble and cut a towering government deficit.

Speaking in parliament in Madrid, Rajoy warned that Spain would not be able to finance itself indefinitely with 10-year bond yields near seven percent.

The EU’s divisions have been more openly displayed since socialist Francois Hollande ousted Nicolas Sarkozy as French president, putting an end to the Franco-German “Merkozy” leadership duo and challenging Berlin openly to move away from austerity, promote economic growth and mutualise Europe’s debts.

Rome and Madrid, now first in the financial markets’ firing line, have muscled into the traditional Franco-German axis.

The four leaders held an unusually discordant news conference in Rome on Friday. The pair will try to repair the damage at a working dinner in Paris on Wednesday after the big four countries’ finance ministers met late on Tuesday to try to narrow differences.

French officials said those talks, and a conference call of all 17 euro zone finance ministers on Wednesday, focused on specific instruments to ease short-term pressure on markets, such as altering the preferred creditor status of the bloc’s future bailout fund, the European Stability Mechanism (ESM).

Berlin, which originally insisted that ESM loans must be senior to private bondholders to protect taxpayers from losses in any debt restructuring, hinted at flexibility on the rule, which has put investors off buying Spanish bonds.

In Rome, Italian Prime Minister Mario Monti said on Tuesday he would not simply rubber stamp conclusions at the EU summit and was ready to go on negotiating into Sunday evening if necessary to agree on measures to calm markets.

With Hollande’s support, Monti is pushing for the euro zone’s rescue funds, backed by the European Central Bank, to be used to bring down Spanish and Italian borrowing costs. Rajoy would settle for that or the ECB doing the same job by reviving its bond-buying programme.

The proposal has run into stiff opposition from Germany, the bloc’s effective paymaster, and has been rejected by Jens Weidmann, the powerful head of the German central bank, the Bundesbank.

Stock markets perked up last week on hopes that the 20th EU summit since the start of the crisis would come up with dramatic measures. Investors have since thought better of that view.

One senior euro zone source said there would be no short-term decisions for market consumption at the summit – no direct recapitalisation of banks by the ESM, and no bond buying.

The euro fell on Wednesday, with many investors out of the markets before the Brussels meeting.

“People are waiting for the inevitable – which is that policymakers will probably fail to do what is necessary,” said Neil Mellor, currency analyst at Bank of New York Mellon.

ECB chief economist Peter Praet gave markets some cheer by telling Financial Times Deutschland there was no doctrine that euro zone interest rates could not fall below the record low of 1 percent. It was the latest in a series of hints that the ECB may lower rates at its next meeting on July 5.

A Reuters poll showed 48 out of 71 economists expect the bank to cut rates next week. Respondents expect some progress towards a euro zone banking union at this week’s summit but less advance on fiscal union.

Merkel finds herself in a dwindling minority in the EU, backed only by the Netherlands and Finland, but she holds the euro zone’s purse strings and therefore nearly all the cards.

Italy and Spain argue that they are making wrenching sacrifices to cut their debt mountains and need some support from their currency area peers to keep the markets at bay.

Monti won a fourth and final confidence vote on Wednesday to accelerate passage of a labour reform criticised by both trade unions and the business establishment, strengthening his hand before the EU summit.

Spain, which has been offered loans of up to 100 billion euros to recapitalise its banks but which is determined not to ask for a sovereign bailout, is considering raising consumer, energy and property taxes.

Euro zone finance ministers discussed the bailout of Spanish banks and this week’s request for aid from Cyprus. The request made Cyprus the fifth of the euro zone’s 17 states to seek aid from EU rescue funds, after Greece, Ireland, Portugal and Spain.

Underlining the parlous state of Spanish finances, figures showed the central government’s deficit had already reached 3.41 percent of annual gross domestic product through just the first five months of the year, close to its target for the whole year of 3.5 percent.

Spain’s central bank said on Wednesday it expected recession to deepen in the second quarter of the year.

The Brussels summit is expected to agree on a growth package pushed by France worth around 130 billion euros ($162 billion) in infrastructure project bonds, reallocated regional aid funds and European Investment Bank loans. DM