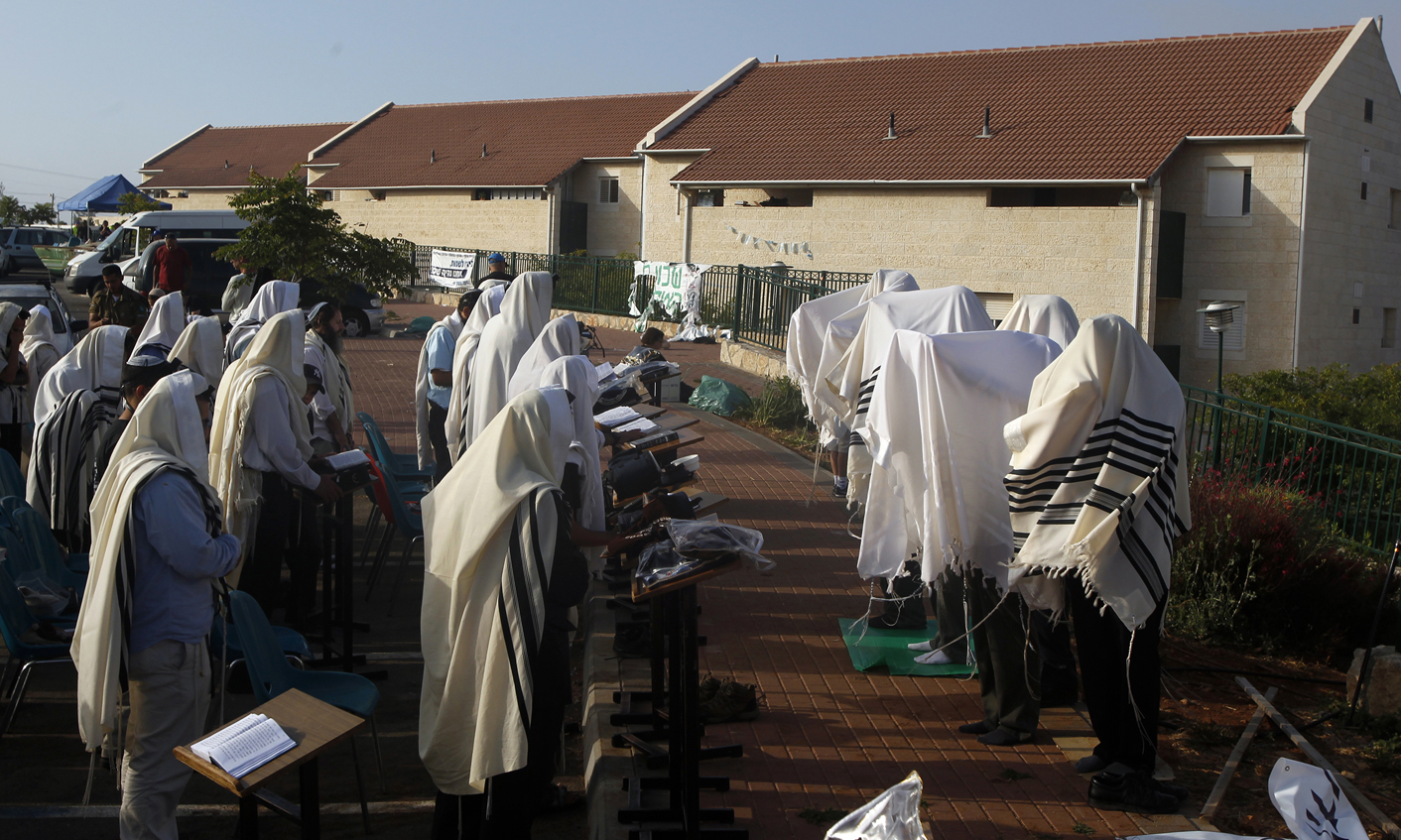 Settlers on Tuesday began moving out of apartment blocs that Israel's Supreme Court ruled had been built illegally on Palestinian-owned land, after reaching an agreement with the government to go quietly.

A promise by Prime Minister Benjamin Netanyahu’s government to build 851 new homes for settlers in the occupied West Bank, including 300 near the unauthorised enclave where the evictions were taking place, smoothed the way to the deal last week.

Sixteen of the 30 families in the contested Ulpana neighbourhood of the Beit El settlement were due to leave their homes on Tuesday, and the rest by the end of the week.

The court had ruled that five Ulpana apartment blocs must be torn down by July 1, landing Netanyahu, whose core constituency is pro-settlement, in a political and legal minefield.

Netanyahu had proposed a plan that would avoid demolishing the homes, by instead cutting through their foundations and moving them to another part of the settlement where no land ownership claim was pending in court.

Hours after the evacuation began on Tuesday, the government petitioned the Supreme Court for more time, asking to move the soon-to-be-empty buildings off the land by Nov. 15, a Justice Ministry spokesman said.

Israel is already hard-put to defend settlement activity in the face of world opinion. Palestinians, who seek statehood in the West Bank and Gaza Strip, fear the enclaves built on land Israel captured in a 1967 war will deny them a viable country.

Some 311,000 Israeli settlers and 2.5 million Palestinians live in the West Bank. The United Nations deems all settlements in the West Bank to be illegal. Israel disputes this and has sanctioned 120 settlements, most of them built on land that had no registered owner when it was seized in 1967.

Settlers, some wearing shirts with the slogan “Ulpana neighbourhood, we will return” watched glumly as removal men hauled boxes out of their homes to take to their temporary housing in a nearby military camp.

“We are happy about the addition of a new residential neighbourhood in Beit El, which is three times the size of the neighbourhood here,” said Baruch Gordon, an Ulpana settler.

“On the other hand, we are very, very deeply saddened at what in our eyes is a tremendous injustice – the decision of the Supreme Court.”

Palestinians have made a freeze on Israeli settlement construction in the West Bank and Arab East Jerusalem a condition for returning to peace talks, which broke down over the issue in 2010.

Israel, which cites biblical and historical links to the areas, says the issue of settlements should be decided through negotiations, and that the Palestinians should resume talks without preconditions. DM

Photo: Jewish settlers recite morning prayers before some families began moving out of the Ulpana neighbourhood of the Beit El settlement near the West Bank city of Ramallah June 26, 2012. Settlers on Tuesday began moving out of apartment blocs that Israel’s Supreme Court ruled had been built illegally on Palestinian-owned land, after reaching an agreement with the government to go quietly. REUTERS/Baz Ratner