Cyprus rescue package may equal half its economy

Cyprus rescue package may equal half its economy 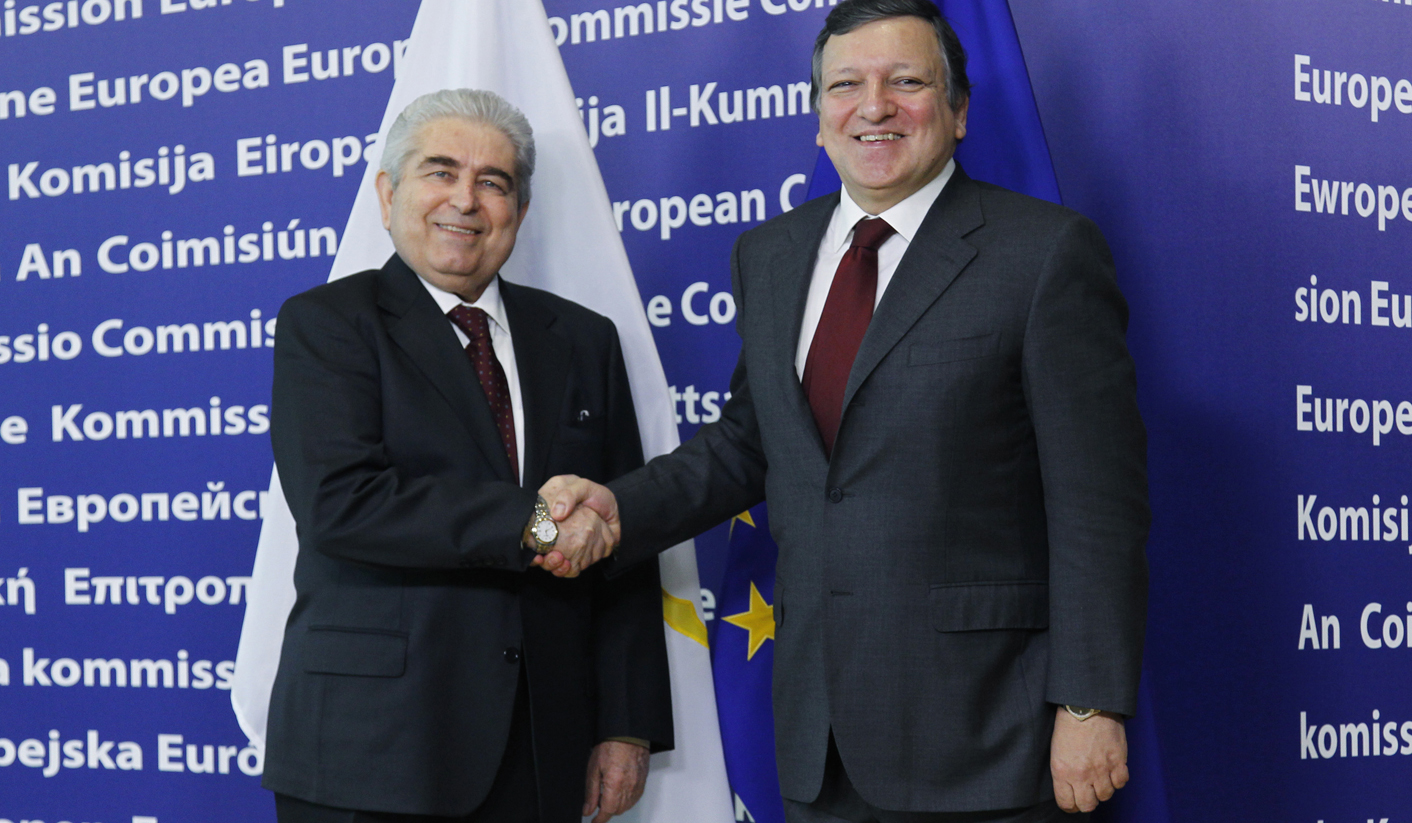 Cyprus, the fifth euro zone country to seek emergency funding from Europe, may need a bailout that is more than half as big as its 17.3 billion euro economy, officials said on Tuesday. By Michele Kambas

The Mediterranean island, with a banking sector heavily exposed to debt-crippled Greece, said on Monday it was formally applying for help from the European Union’s rescue funds.

Cyprus is the euro zone’s third smallest economy but it joins Greece, Ireland, Portugal and Spain in seeking EU rescue funds to try to stay afloat, in the latest sign that policymakers have failed to prevent the debt crisis from spreading.

European leaders will meet at a summit on Thursday and Friday but they are not expected to come up with a lasting solution to the region’s problems that have also sent Italy’s borrowing costs soaring.

Work on determining exactly how much aid Cyprus needs will start next week when officials from the European Commission and the European Central Bank – and probably the IMF too – travel to Nicosia, one source involved in the plan told Reuters.

Two euro zone officials said that a package of up to 10 billion euros was being considered.

“The exact number has not been decided yet. It was to be 6 billion for the state financing and 2 billion for the banks but that is optimistic – it is more likely to be seven and three – up to 10 billion euros in total,” one euro zone official said.

A second official confirmed the amount was likely to be up to 10 billion euros.

While the sum is easily within the range of the European Financial Stability Facility (EFSF) bailout fund, it may lead to demands for collateral or for private bondholders to take a writedown as they did in Greece.

Greece’s second, 130 billion euros bailout is equal to about 60 percent of the country’s gross domestic product and private bondholders were asked to contribute to making debt servicing more manageable through a debt restructuring.

Cyprus’ most urgent needs is to plug a 1.8 billion euro regulatory capital shortfall in its second largest lender by June 30.

“For Spain it’s about sectoral help for the banks. Cyprus is, in terms of volume, rather an island that we must help because it has been so handicapped by the Greek deficit at the moment,” Austrian Finance Minister Maria Fekter said.

Cyprus is thought to have applied to the EU for aid after attempts to secure loans from either China or Russia. Those efforts, however, will be ongoing.

“We will continue efforts to secure a bilateral loan, which can be used accordingly,” government spokesman Stefanos Stefanou said.

Cyprus has been shut out of international capital markets for more than a year, with yields on its 10-year benchmark bond at over 16 percent on Tuesday. Sidestepping EU aid earlier, it secured a 2.5 billion euro loan from Russia in late 2011.

The loan amount is expected to cover its needs in 2012, but not in 2013, when Cyprus has 2.25 billion euros in refinancing, including a euro medium term note (EMTN) redemption.

President Demetris Christofias, whose administration has been slammed by opposition for dragging its feet in both applying to the EU and taking measures earlier to shore up the island’s economy, was to brief politicians later on Tuesday.

Christofias has been accused by the opposition of ignoring warning signs that the economy was in trouble, suggestions the government strongly denies.