Analysis: The people should govern 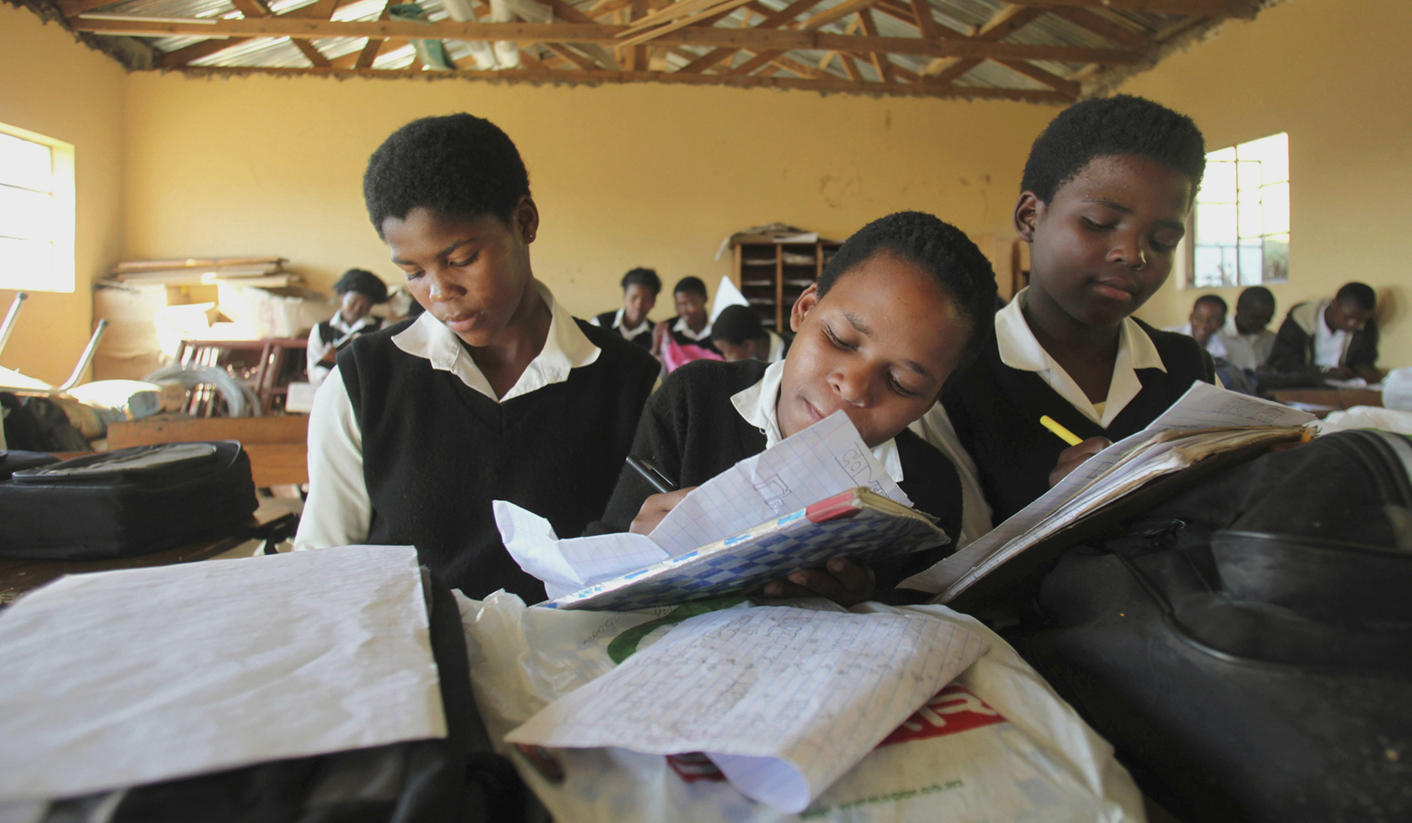 If a foreign army invaded South Africa and inflicted an incompetent, even brutal, regime upon any territory it occupied, thereby preventing the children in that occupied zone from access to meaningful education, citizens from throughout the country would feel fully justified in forcefully confronting such a government. In fact, in an earlier era, citizens – from children to adults – did just that.

They were thoroughly frustrated by bureaucratic obdurateness that students would henceforth be forced to study the most crucial subjects – like math and science – in a language neither they nor most of their teachers were proficient in. What we now call the 1976 Soweto uprising began to unfold from those circumstances. This in turn, helped give life to a nation of anti-apartheid civil society organisations and movements. And this fundamentally changed the nature of resistance to apartheid. Hold on to that historical image for just a minute – we’ll get back to it.

This year, it has become clear that the government is incapable of managing the basic building blocks of education for many of the country’s children. The majority of the nation’s schools have no functioning library or science lab, no functioning computers and real Internet access – and many schools do not have electricity, running water and toilets – or, in some cases, not even blackboards, desks, chairs. Six months into the school year, hundreds of thousands of pupils in Limpopo have yet to have even a glimpse of one of their required textbooks. A textbook, of course, is the most basic element of a school – besides students.

Okay, let’s put aside worrying about luxuries and pedagogical fripperies and just concentrate on the ongoing textbook disaster. As things stand now, it turns out the books were never ordered last year for the new school year, for lack of funds. Under receivership, Limpopo’s basic education department never actually got around to ordering textbooks either, apparently, until this February.

Up to now, however, those self-same officials – along with the national minister for basic education and her department – have been unable to bestir themselves from an apparent postprandial lethargy to get those books unpacked, sorted and into the hands of students before the school year finishes.  Kurt Vonnegut would surely have been moved to issue one of his sad, cosmic sighs and whisper a “so it goes”, if he were witness to this abdication of basic responsibility.

At this point, some students will probably be lucky to see their textbooks before the end of the school year – just in time to fail their end-of-year exams. Thirty-six years ago, parents, teachers and students would never have stood for this wallop of an insult across their collective faces – and they might well have taken matters into their own hands at about that point.

Back then, there almost certainly would have been a parent/teacher/student support committee to free up and deliver the textbooks. They would have issued a manifesto and – if the government’s agents didn’t deliver the goods – the committee and its supporters might well have marched on the book depositories themselves to liberate the textbooks like a scene from a film about the Russian revolution, where bakeries are raided to feed a starving proletariat.

So far at least, it seems astonishing that nobody – not the teachers, not the parents, not community organisers, not the local business communities – nobody has come together for this, themselves, except for some brave people who have dragged the government to court to force it to implement its own policies.

Now nobody, and certainly not this columnist, is advocating insurrection over a maladministered textbook distribution plan, but it is really surprising how little the citizenry has rallied vigorously on its own behalf and in its own self-interest.

Perhaps this is because so much of the country’s civil society sector –NGOs, NPOs and autonomous, ad hoc community groups – have been so successfully absorbed, co-opted, discounted or financially brought to heel within the past generation. A long-time acquaintance, discussing the way one nationally prominent arts group here is now yoked to its modest but now-crucial government subsidy, observes that while the money obviously helps, in practice the subsidy may also mean the organisation has more trouble than previously in finding non-governmental supporters than it did before it began receiving the subsidy. At least subliminally, it may also mean that the group is increasingly hesitant about giving a sharp bite to the hand that feeds it.

Back in 1835, Alexis de Tocqueville, a French political economist, had been asked by his government to explore American prisons with an eye toward advancing prison reform in France. Sadly, now it would be an unusual act for a European government to send an investigator to the US to search out innovative policies in its treatment of prisoners, least of all France.

De Tocqueville dutifully wrote a very thorough prison report, as required, but he also extended his visit long enough to allow him to write one of the definitive analyses of American political culture – a work whose impact continues to loom large for anyone interested in what makes America tick. De Tocqueville argued that the inner secret of American political life – and of its growing success – was that it was a nation of multiple, and often interlocking or overlapping, non-governmental free associations.

He wrote, “In no country in the world has the principle of association been more successfully used or applied to a greater multitude of objects than in America. Besides the permanent associations which are established by law under the names of townships, cities, and counties, a vast number of others are formed and maintained by the agency of private individuals…. If a stoppage occurs in a thoroughfare and the circulation of vehicles is hindered, the neighbors immediately form themselves into a deliberative body; and this extemporaneous assembly gives rise to an executive power which remedies the inconvenience before anybody has thought of recurring to a pre-existing authority superior to that of the persons immediately concerned….”

“…When an opinion is represented by a society, it necessarily assumes a more exact and explicit form. It numbers its partisans and engages them in its cause; they, on the other hand, become acquainted with one another, and their zeal is increased by their number. An association unites into one channel the efforts of divergent minds and urges them vigorously towards the one end which it clearly points out….”

Then, nearly twenty years ago, in another influential essay “Bowling Alone”, sociologist Robert Putnam argued that this de Tocqueville-ian universe was now on life support because all those well-loved community sports teams, church leagues and civic groups were in danger of dying out. What Putnam failed to recognise, however, was that the new power of the Internet (and more recently and most especially the rise of social media) would create a whole new nexus of connections to allow like-minded people to come together.

Occupy Wall Street, the Tea Party and dozens more – like them or dislike them – are an obvious result on the American political and social landscape.

Now, let’s go back to Limpopo. Despite this downplaying of autonomous civil society groups and activities in South Africa, it still seems striking that parent teacher associations, school governing bodies, service clubs like Rotary, church groups, sports clubs and all the rest have not yet come to the rescue of that province’s beleaguered students – now aided by the social media power of MXit and the rest of social media environment.

Add one thing more to this mix. Consider that around the world, even in the midst of civil war, one item always gets delivered. One can go anywhere and if there is one certainty it is that you will be able to buy a Coca-Cola from a local store, a spaza shop or even a street vendor sitting under a tree. There’s always Coke.

Thinking laterally now, why not a coalition of those civic society institutions, together with Coca-Cola’s universal delivery network to get these desperately needed textbooks into the hands of students? Just for once, maybe it might be the right thing to do to forget all those properly issued tenders for transportation and the intricate bureaucratic procedures for properly invoicing mileage, haulage, demurrage, road tolls, and assistant drivers for more than eight hours of work per shift.

Treat those textbooks as if they were emergency supplies desperately needed by distant villages in times of flood, famine and pestilence – and just let those free associations figure out how to get this job done quickly. Just maybe this would be a shot in the arm to citizen confidence that they can take charge of their own collective destiny, instead of waiting until the department of basic education finally awakens from its continuing torpor. DM