This time Cosatu rebuts the divisive youth wage subsidy with words, not stones 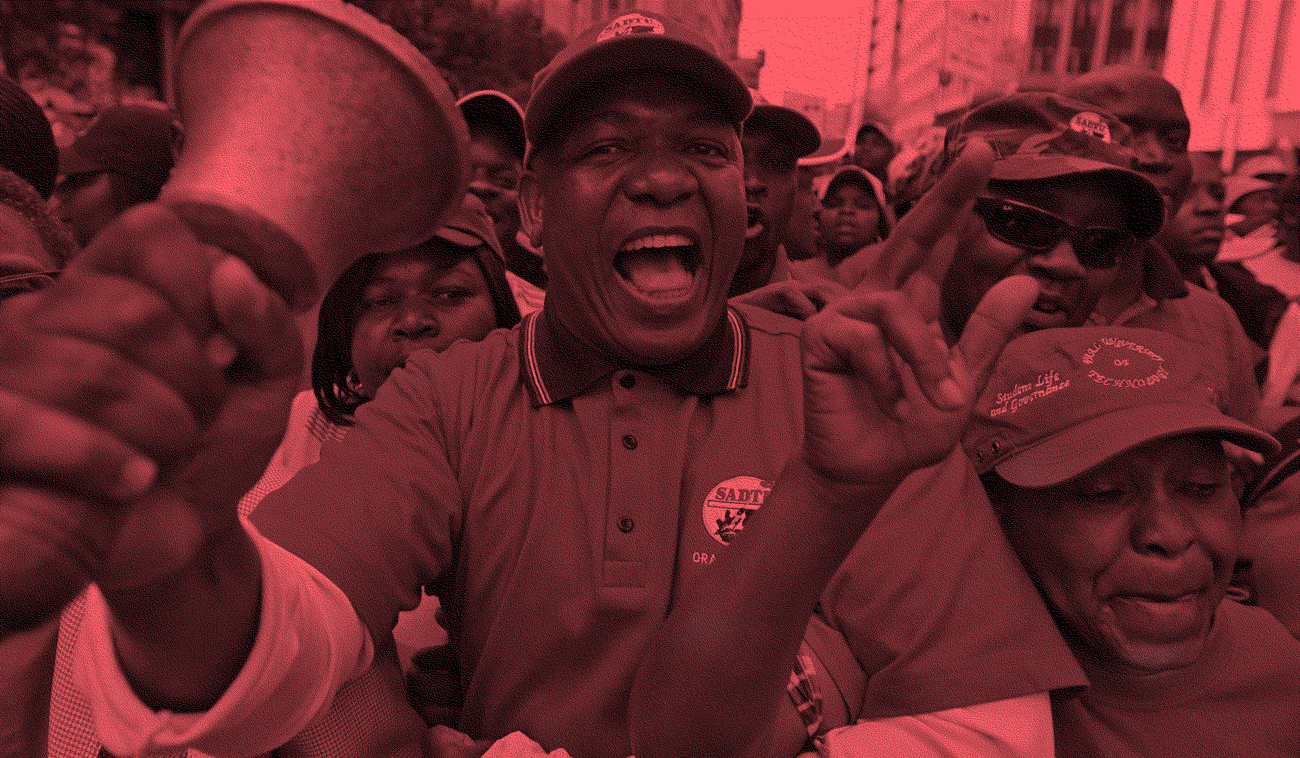 The youth wage subsidy, thanks to how hard the Democratic Alliance has championed it, stands on the ideological front where lefty economics and fiscal conservatism clash, often irrationally. Preparing for another week of defending its opposition to the subsidy, Cosatu released a document on Sunday that lists no less than 10 reasons why the subsidy won’t work. By OSIAME MOLEFE.

For a recent example of how the youth wage subsidy has made politicians and aspiring politicians irrational and irreconcilably partisan, look no further than how youth parliament unfolded last week.

Education, economic freedom in our lifetime and youth unemployment – all critical and interrelated issues facing South Africa’s approximately 35-million under 35s – were supposed to finally receive top billing in Parliament as young people from political party youth formations, government agencies, civil society and educational institutions thrashed out what they thought government’s response to these issues ought to be.

But after a mere 10 minutes into the chaotic and badly organised event, which was delayed by nearly two hours, the wheels came off once the youth wage subsidy was mentioned.

“Parliament is willing to assist in implementing youth parliament’s resolutions,” Nomaindia Mfeketo, deputy speaker of the National Assembly, said after an impassioned plea that the issues up for debate that day were far too important to allow party allegiances to highjack the discussion. But soon after she’d said that Mfeketo triggered an irreversible partisan locking of horns when she called for a more comprehensive response to youth unemployment than the youth wage subsidy. She said the subsidy would not help the majority of unemployed youths who were without a matric pass, let alone a certificate, diploma or a degree.

In scenes identical to the “grown up” Parliament, aspirant politicians from the DA Youth took Mfeketo to task for the comment, while others from the ANC-alliance’s youth formations defended her and traded entertaining but ultimately meaningless barbs with their opposition counterparts. The event came to a head in a DA Youth walk-out, with little debate on the pressing issues that were to have been discussed that day.

Another example of youth wage subsidy-induced irrationality was the stone throwing outside Cosatu House last month, which did nothing to address youth unemployment. The battle then was the DA vs Cosatu. However, because economic leanings in South Africa transcend the neat boundaries of political party affiliation, the trade union federation is bracing itself for another week of defending its position on the subsidy, this time at the ANC national policy conference, scheduled to begin on Tuesday.

“The state must consider subsidising on-the-job training. We must place the state, its enterprises and agencies at the centre of managing the outflows of young people from the education system,” the ANC economic transformation document up for discussion this week reads. It proposes positioning the private sector, presumably through incentives, alongside the state as a reservoir to catch the stream of young people flowing out from the higher education system.

In preparation for the discussion, Cosatu on Sunday released a document that listed no less than ten reasons why it opposed the youth wage subsidy. These included the subsidy’s substitution effects, where existing workers are replaced by new, subsidised workers, and the potential for “deadweight loss”, where the jobs subsidised would have been created even without the subsidy. These are concerns also set out in national treasury’s proposal.

Cosatu also said it opposed the subsidy because the treasury and the DA had incorrectly assumed that wages were the major constraint to job creation, and the subsidy would not address the underlying problem: the basic education system.

According to the trade union federation, the basic education system funnels 400,000 young people every year into the labour market instead of into education and training opportunities, where they belonged.

“(The subsidy) does not guarantee that training and skills development will take place in the workplace, less so in the sectors where job creation is likely to be created: wholesale and retail trade, personal services and construction,” the union said.

“What is even worse, the national treasury does not want to mandate training (as a requirement of receiving the subsidy). This is a problem because treasury’s own literature says that these subsidies depend on training for success. Without mandating training, it is clear that national treasury relies purely on the philanthropy of the private sector, an expectation which runs against the daily experience of the vast majority in the workforce.”

Cosatu’s elucidation of its position on the subsidy, however, is unlikely to deter the DA, which, at the same time as the policy derailed debate at the youth parliament, signed trade union Federation of Unions of SA on to its campaign for the subsidy. Fedusa is the second-biggest trade union after Cosatu. The party said it was pushing hard for the youth wage subsidy campaign because it would benefit hundreds of thousands of youth South Africans. DM