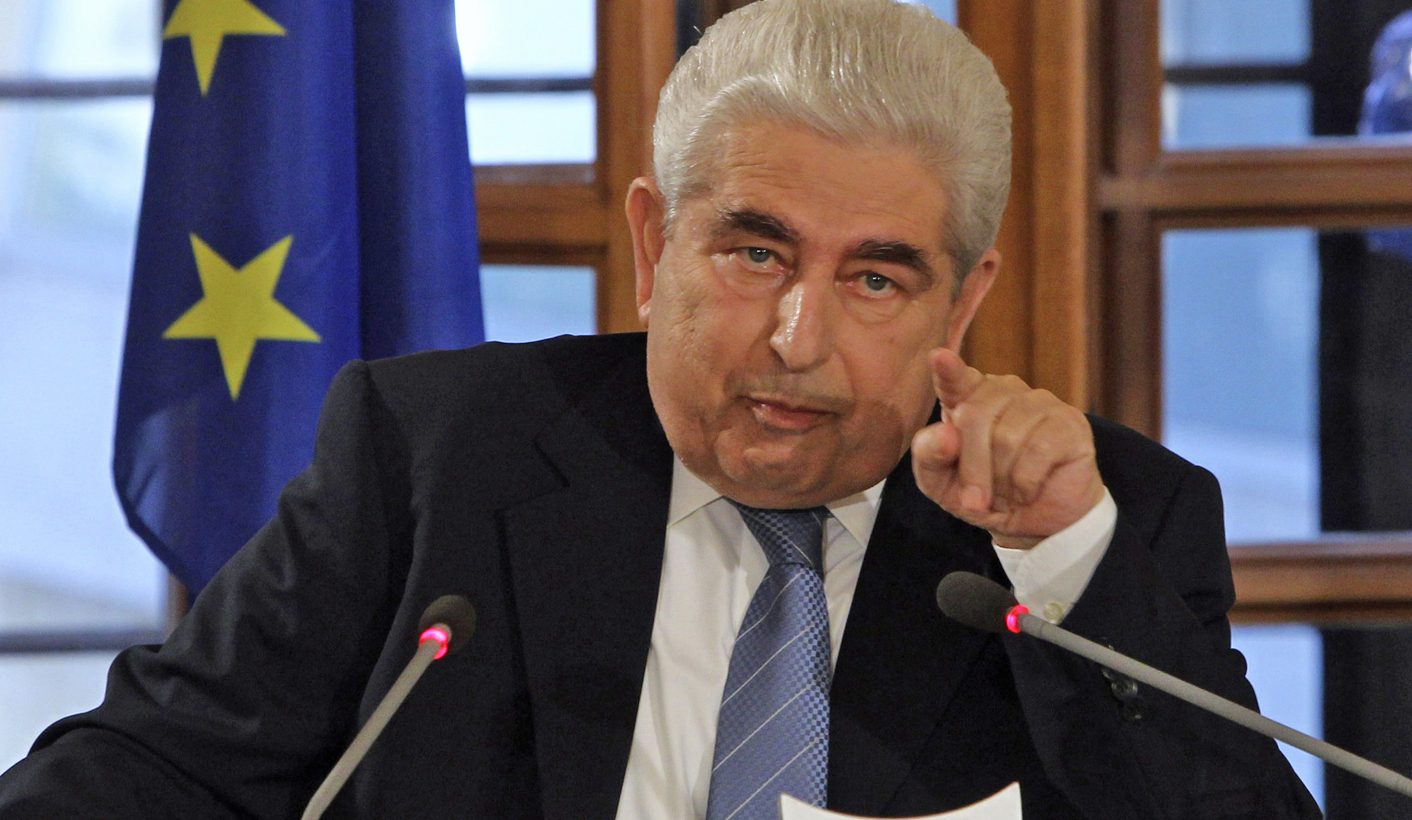 Cyprus said on Monday it was applying to Brussels for a bailout, both for its banking sector hit by exposure to Greece and for its budget deficit, making it the fifth euro zone country to turn to the bloc's rescue funds for help. By Michele Kambas

Tiny Cyprus has just four days left to raise at least 1.8 billion euros – equivalent to about 10 percent of its domestic output – to satisfy European regulators about the health of Cyprus Popular Bank, its second largest lender which saw its balance sheet hurt by bad Greek debt.

Finance Minister Vassos Shiarly said the country would also seek enough money to help with its budget deficit. The full amount would be decided over the course of weeks.

“The amount will be as much as it may be needed to cover the recapitalisation and fiscal requirements,” he told Reuters. “These will be established after careful review during the next few weeks.”

The announcement means Cyprus would follow Greece, Ireland, Portugal and Spain into the arms of the emergency rescue funds set up for the 17-member euro currency zone.

With its coffers emptying rapidly and hurtling towards an immovable deadline, the island suffered a further sovereign credit rating cut on Monday by Fitch, to the non-investment, or junk, BB+ grade. Cyprus has already been shut out from raising new funds on capital markets, with yields on its existing bonds well into double digits.

Cypriot officials said the bailout request did not specify how much they need from their EU partners.

An island with just 1 million residents, Cyprus has a disproportionately large financial sector that is heavily exposed to Greece, a neighbour more than 10 times the size with which it shares a language, culture and close political links.

A government statement said: “The purpose of the required assistance is to contain the risks to the Cypriot economy, notably those arising from the negative spill over effects through its financial sector, due to its large exposure in the Greek economy.”

With a bailout widely viewed as all but inevitable, Cyprus has for weeks been trying to juggle its options between a bailout from Europe’s rescue funds – the temporary EFSF and the permanent ESM – or a bilateral loan from either Russia or China.

Cypriot President Demetris Christofias was scheduled to brief political leaders on Tuesday afternoon, a statement from the presidency said. The EU’s only Communist leader, Christofias has been reluctant to accept the fiscal and regulatory conditions that might be attached to a European rescue.

As late as this weekend, trips by government officials to China suggested Cyprus was still holding out hope for a bilateral loan from a third country. On Friday night Christofias spoke of “trying to avoid” the mechanism.

Commerce, Industry and Tourism Minister Neoklis Sylikiotis was dispatched to China, where talks were focused on a loan or a Chinese investment in the troubled Cyprus Popular Bank.

“We have had some contacts… We have requested an answer in coming days,” Sylikiotis said in comments to the state broadcaster hours before the government said it would be applying to the EU.

Moscow already provided Cyprus with 2.5 billion euros in a bilateral loan last year and has an interest in maintaining Cyprus as an offshore financial centre with low tax rates for Russian businessmen, who use it as a base to reinvest in Russia.

However, seeking such large sums from Moscow or Beijing is controversial in Cyprus, where EU membership is a matter of national pride. It could be embarrassing for Brussels as well, as Cyprus assumes the bloc’s rotating presidency on July 1.

Cyprus is fiercely protective of a corporate tax rate that is one of the lowest in the EU, and eight months before a general election shows no appetite for the stringent spending cuts likely to be demanded in return for EU funding.

Christofias has repeatedly said any economic measures would not further impact “the workers”.

The European Commission has repeatedly urged Cyprus to take measures to cut its deficit below 3.0 percent and increase the competitiveness of the economy. The government says it is in the process of implementing such steps and targets a deficit of about 2.5 percent of GDP this year.

“The main source of concern is the bank recapitalisation, but given that the European Commission is coming out quite strongly about excessive imbalances in the Cypriot economy one would expect them to look at that too,” said Michalis Florentiades, head of economic research at Hellenic Bank.

Cyprus Popular needs a capital infusion urgently to satisfy regulators after writing off the value of Greek government bonds in a sovereign debt swap earlier this year.

In its report, Fitch said the recapitalisation bill for Cypriot banks could potentially reach 4 billion euros. That amount, equivalent to 23 percent of GDP, would also take into account rising non-performing loans from the domestic market. DM