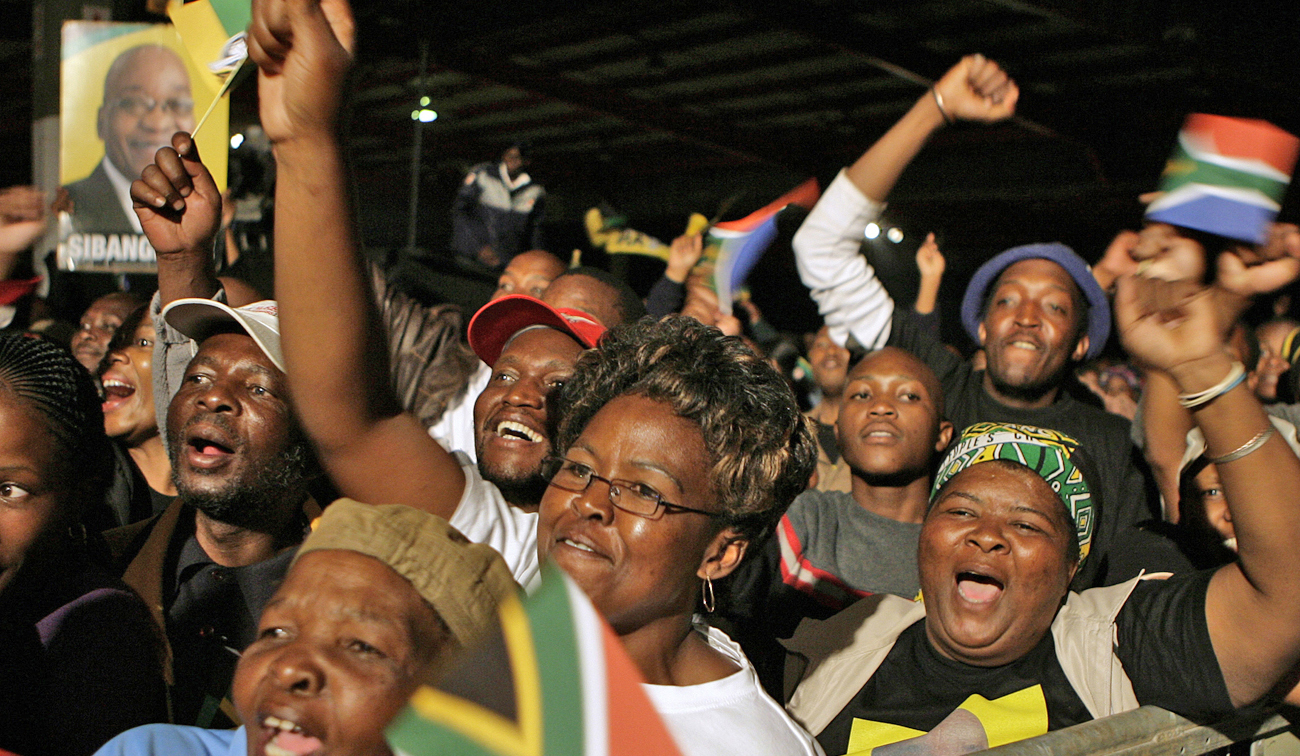 This week’s ANC Policy Conference is pointless, argues CHRIS GIBBONS, and should be cancelled. After all, if noble decisions are made and not carried out, all they’re doing is wasting their time and our money.

The thousands of ANC delegates converging on Midrand’s Gallagher Estate are wasting their time. That’s if they’re going there to debate issues of policy or even – heaven forbid – leadership. South Africa already has plenty of very fine policies, many, if not all of them, devised by the ANC itself over the last 18 years. We don’t need any more.

Instead, delegates should buy a bundle of Sunday newspapers and take a walk in one of our major cities. Johannesburg would be best, but Pretoria/Tshwane or Cape Town or Durban/eThekwini would do as well. The word “walk”, by the way, means walk – as in “on foot, wearing comfortable shoes and not in an official limo with blue-lights flashing”.

Having read the Sunday papers and taken that stroll, they should reach for a piece of A4 paper and draw a line down the middle, dividing it into two columns. The first column should be headed Things That Work and the second Things That Need Fixing.

First of all, if you looked over their shoulders, you’d be surprised at the number of things that do, in fact, work in South Africa – courtesy of the ANC. Most of our national roads, many of our airports, our tax collection system and the level of freedom of speech are things that spring instantly to mind. Our legal system is ponderous and slow but it works, as do our financial systems, the regulations that govern the JSE and our auditors. The public protector and the Human Rights Commission are two more. ANC NEC member Dr. Pallo Jordan leapt to the ANC’s defence this week when he pointed – rightly – to the creation of a black middle class, at least three million strong. No question – that’s down to the ANC.

But it’s the other column – Things That Need Fixing – that needs attention from the conference delegates. Open this week’s bundle of Sunday newspapers and it will take less than 60 seconds to spot two items: the Angie Motshekga/Limpopo school books debacle (City Press, Sunday Times) and the dire state of our police barracks (Sunday Times).

Here are two perfect examples of a complete failure to execute policy in any competent fashion. Six months into the school year, students in Limpopo do not have text books, despite a court order that they be delivered, and the minister responsible – Ms Motshekga – continues to prevaricate, obfuscate and – according to City Press – lie. Commenting on the school books case, the selfsame Dr Jordan said he thought those responsible should not only be fired, “but prosecuted”.

Why have the books not been delivered and why have those responsible not been dismissed – or prosecuted?

If you think waiting six months for school books is bad, how about living in a broken-down building without hot water for 15 years? According to the Sunday Times, that’s what police officers living in the Alexandra barracks have had to and continue to endure. The newspaper’s investigation reveals a number of police barracks around the country that are simply “not fit for human habitation”.

Why? Why have those responsible not been dismissed?

The walk around the cities will reveal similar contradictions. In Rosebank in Johannesburg, you might start your walk at the spiffy new Gautrain station and head north. The Gautrain works brilliantly and we should be proud of it. But as you head north on Oxford Road, you might be forgiven for wondering how it is that the same ruling party can deliver something like the Gautrain, but can’t keep Johannesburg’s roads clearly marked and the verges swept. Perhaps you might also contrast Johannesburg’s Oxford Road with its counterparts further north. Pretoria residents report that the much-maligned Tshwane Metro does an excellent job of keeping verges clean and roads marked.

This extraordinary contradiction between the Things That Work and the Things That Need Fixing is the ANC’s single greatest challenge. By extension, it is the country’s, too.

But let’s be clear: no amount of debate over policy at Gallagher Estate will solve either the Limpopo school book or the police barracks crises. These are both national scandals and, sadly, they are not unusual. Pick any Sunday over the past couple of years at random, go back into the newspaper archives, and you will find many stories with similar examples.

These are failures of execution. Incompetent officials, uninterested or incapable of completing basic tasks (think hospital cleaning as another example) led by more senior officials who are also unwilling to bear responsibility for their lack of performance. At the very top of the tree are cabinet ministers and a president who seem content to allow poor performance to go unpunished – to say nothing of corruption.

Eighteen years into the ANC’s rule, and with seemingly many more ahead, this single issue is the one the party must address if it is to secure its legacy and not risk dismissal as just another inept liberation movement that couldn’t hack it in power.

One week from now, the policy conference will be over, with the road clear to Mangaung’s elective conference in December. Decisions would have been taken, new proposals accepted or dismissed, banner headlines composed. The delegates themselves would be heading home to their respective provinces.

Not one of the new policies, or amendments to existing ones, will be worth a row of beans if the ANC cadres tasked with executing them are unable to do so.

So here’s a suggestion. Cancel this week’s policy conference. Instead, issue every government official and ANC member with a piece of A4 paper. The paper is divided into two columns – as outlined above. But on this piece of paper is a heading which reads:

Move everything from the column Things That Need Fixing

into the column Things That Work.

Come back when you have done that. DM