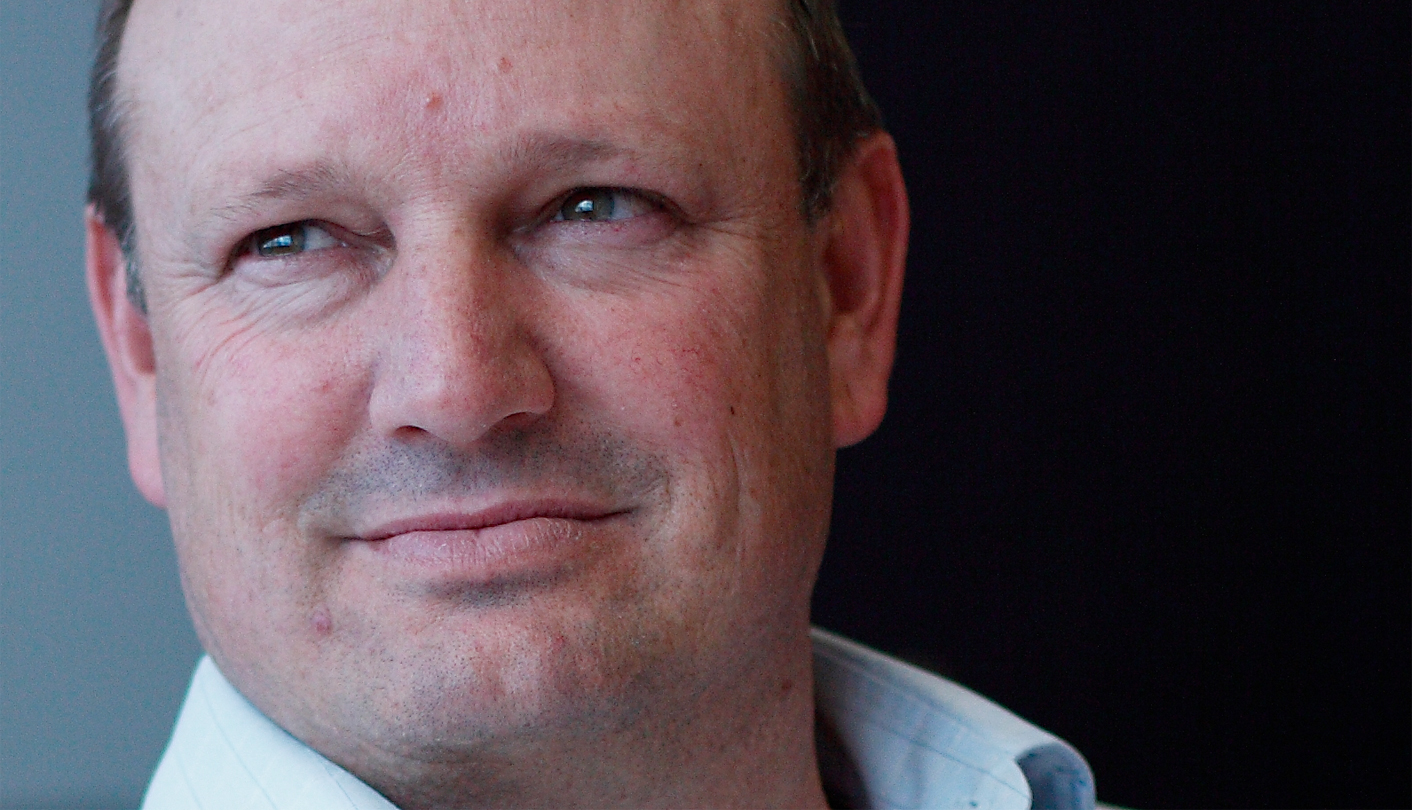 There’re bound to be many conspiracy theories, but Wayne Duvenage says his departure from Avis has nothing to do with him leading one of the greatest tax revolts in South Africa’s history. On the bright side, he can now focus more on being a thorn in government’s side. ALEX ELISEEV spoke to him on the day of his resignation.

But Wayne Duvenage’s departure from Avis, which he first joined almost three decades ago, is a little different. The difference: a certain e-tolling scandal.

Until a few months ago, Duvenage, 52, was just another chief executive sitting through meetings, sculpting strategy and playing the odd bit of golf. He was doing useful things, like finding ways to entrench a culture of better customer service or saving millions of litres of water – used to wash rental cars – through clever recycling initiatives, but not many people would have known that.

Then, all of a sudden, he became the chairman of the Opposition to Urban Tolling Alliance and did what many thought could never be done. He raised some money and took the government to court over the controversial e-tolling project.

During the mighty court battle, Duvenage used many metaphors, from horses in stables to bouncing broncos. But essentially, e-tolling was a juggernaut that had been built using taxpayers’ money and Outa’s mission was to prevent it from leaving the depot, at least until it could be taken apart and examined.

The alliance claimed e-tolling was shrouded in secrets and the public could not challenge it earlier because they had no information about it.

In late April, in a landmark judgment, a Pretoria court interdicted the multi-billion rand project, lashing out at a lack of alternative routes or public transport. As judge Bill Prinsloo walked back into his chambers, Duvenage cried tears of joy. History had been made. David had defeated Goliath, at least for the time being. A few hours later, he delivered a victory speech predicting that a new consciousness was being born.

The interdict was followed by a chain of events: a credit downgrade for Sanral; the resignation of its CEO, Nazir Alli, who later made a surprise comeback; the birth of an inter-ministerial committee headed by deputy president Kgalema Motlanthe; a proposed new bill to pump more money into Sanral and, finally, a real declaration of war from government in the form of an appeal at the Constitutional Court.

This challenge is due to be heard in August, but the weeks leading up to it are likely to be a manic blur of preparation. The appeal will test the fundamental separation of power between the state and the courts. It will eclipse the Pretoria court battle, with both sides digging in for a fight.

With all of that just around the corner, Duvenage announced yesterday that he was leaving Avis, which has supported his work at Outa. The second sentence of his press release was devoted to sweeping aside rumours that the exit was linked to e-tolling. He said he had been planning his resignation for months and, if anything, the e-tolling saga made him stay longer than he expected.

Duvenage joined the company in 1984, fresh out of university. He began his ascent almost immediately, falling in love with a culture that allowed growth and plenty of opportunities for pioneering.

He moved around the regions, from Durban to the Garden Route and from Namibia to Gauteng. By 1996, he was director of operations for Southern Africa.

Five years passed and, in 2001, he handed in his resignation. He was going off to start a guesthouse in Magaliesburg. He and his wife had bought a property and wanted to make a go of it. He was quitting the corporate life and answering the call to become an entrepreneur.

For five years he built up the business – which is still running today – and got seriously involved in the SA Vehicle Renting and Leasing Association. Through this he managed to keep up with the industry and when another five-year cycle was up, he easily slipped back into Avis, taking on a position of managing director and later chief executive.

It should come as no surprise that this week’s resignation comes a little over five years after his return to the company.

“I’m a firm believer that one should not overstay one’s welcome,” he says. “It’s good to have change in your life. It gives you an opportunity to reinvent yourself.”

He says the timing is nothing more than a coincidence.

“There is nothing sinister in my relationship with Avis – it’s as strong as it’s ever been. It’s just time for change.”

Speculation on social media was inevitable, with some asking whether Avis or its holding company Barloworld had buckled to pressure from government.

Just weeks ago, news broke that former top prosecutor Vusi Pikoli was forced out of a job because of political interference, with his company allegedly being held to ransom by those controlling the tenders. Today, another prosecutor, Glynnis Breytenbach, begins her disciplinary hearing, widely believed to have resulted from her investigating former crime intelligence boss Richard Mdluli.

And who could ever forget how, in 2007, FNB folded under government pressure while trying to launch a R20-million anti-crime initiative, which involved a public petition to the president.

But Duvenage says nothing like that happened in his case. “I was planning to leave Avis before e-tolling. If anything, it made me linger a little longer,” he maintains.

“There was no pressure, nothing through the ranks of Avis or through Barloworld. The timing was absolutely coincidental.”

Some may raise questions about why no replacement was announced, which in the business world often means a hasty and unplanned departure.

But Duvenage says there is no gap to fill because the executive structure is being flattened and his boss and some of the other executives are absorbing his duties.

“They are not replacing me for now,” he explains.

Duvenage won’t rule out a possible return to Avis (maybe in five years time?) but says right now he wants to explore his “entrepreneurial flair” once again. He’s thinking about consulting, possibly in the field of service excellence.

“For the next couple of months I’m going to bury myself into the Outa initiative and bring it to fruition. The court case is in a critical space,” he said. “Government is still beating the e-tolling drum and it’s just so wrong for this country.”

Though he only leaves Avis at the end of July, Duvenage has a busy week ahead on the e-tolling front. Having met with Business Unity SA on Friday, Motlanthe’s committee has set up two consultation sessions this week, both of which Duvenage will be attending. Today the committee is due to meet with car hire and road freight organisations and on Thursday it squares off against Outa. All meetings are being held behind closed doors, despite one of the most fundamental criticisms of e-tolling being a lack of public consultation.

Regardless, Duvenage says he hopes to see an appetite from government for a change in its position. Motlanthe has said they are prepared to listen and to be influenced, but has made it crystal clear that government remains committed to the project and believes in the “user-pays” principle over an additional fuel levy.

It remains to be seen whether these consultations are meaningful or are a classic case of too little too late.

At the very least, Duvenage hopes the sessions will present an opportunity for government to hear how people feel about e-tolling and maybe even answer some pressing questions about the costs of the system.

Whatever awaits Duvenage, one thing is certain: he has a tough few months ahead. Preparing for the Constitutional Court and raising money to cover the legal costs (soaring towards R10-million) will keep him busy, but then that’s what he likes anyway. DM