Crisis or challenge, school infrastructure is nowhere near where it should be 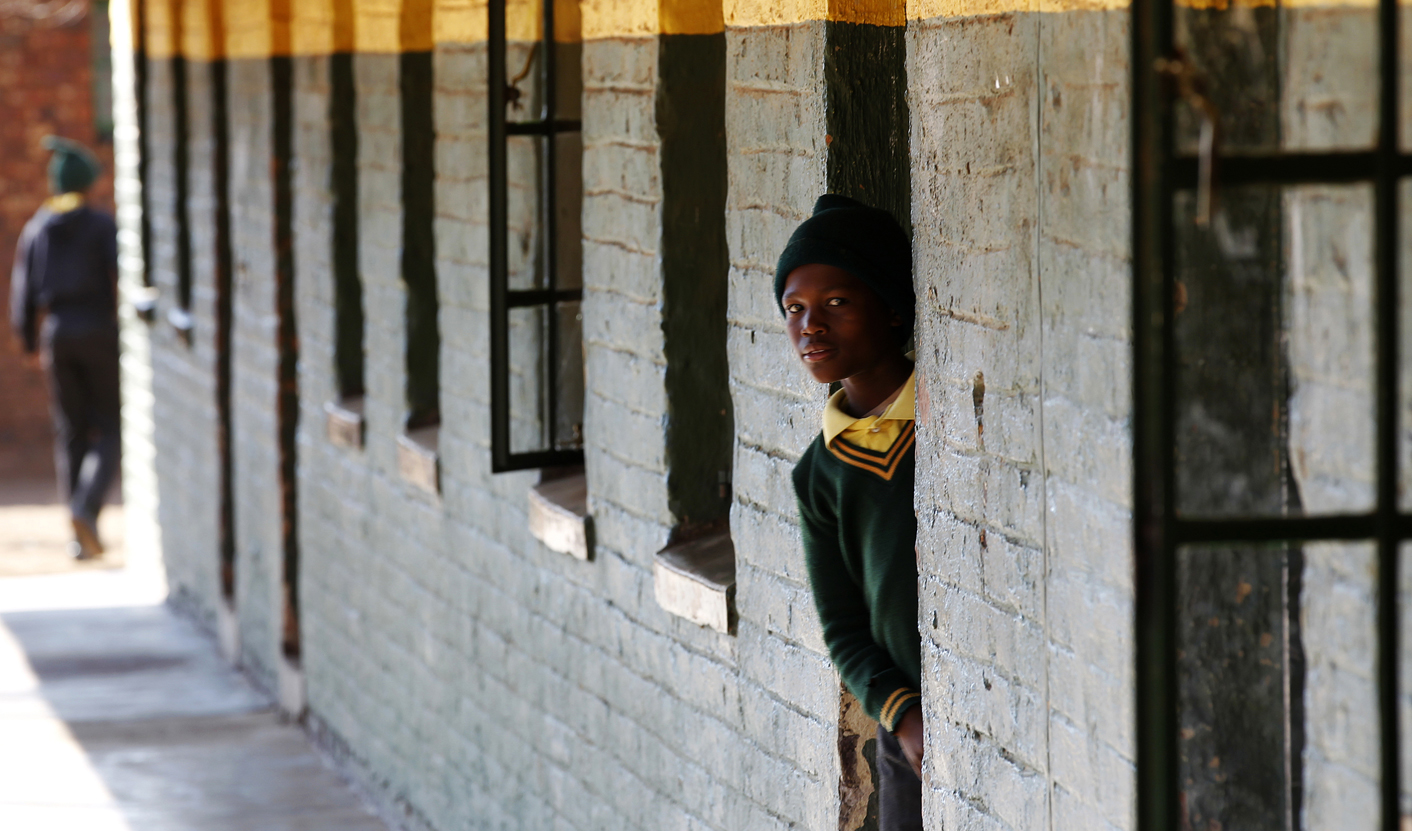 The beleaguered basic education department fired back at its detractors last week by denying that a crisis existed in basic education. But it was all a case of splitting hairs. Whether the system faces “significant challenges” or is “in crisis”, the situation on the ground remains the same for millions of pupils. The lack of infrastructure is certainly a crisis of priorities. By OSIAME MOLEFE

The phrase “there is no crisis” has become almost a reflex of political leaders everywhere, particularly in South Africa, because admitting a crisis exists would be owning up to a personal failure, which would mean paying some kind of personal price for that failure. The most recent politician to react in this manner was basic education minister Angie Motshekga, who last week denied that there was a crisis in basic education.

At a briefing to fully respond to recent media reports on the state of basic education, Motshekga said last week that the 27,000-school strong system had its challenges but on the whole was well managed. Her deputy, Enver Surty, took it further to say the spate of litigation the department had been subject to, particularly Khayelitsha-based NGO Equal Education’s case on schools infrastructure, was to “sensationalise the issue”.

For Motshekga to say there is no crisis in basic education is to say the system, which boasts only 30% of pupils who are literate and numerate for their grades, is functioning as intended. That is what the results of the 2011 annual national assessments, written by grade 3s and 6s, revealed. For the 2012 assessments, scheduled to be written in September, the department’s plans indicate that it will consider itself successful should a lowly 53% of grade 3 pupils and a shocking 35% of grade 6 pupils be literate and numerate at the levels required for their grades.

This could be a case of realistic goal-setting, however, as identified in Cabinet’s mid-term review. The reason the system can hope to produce no better results are due to the conditions at schools, including poor infrastructure, poor teacher supply, knowledge and performance, and distribution problems with school material. Individually, these might not be considered a crisis, but in unison they very much do.

Equal Education, which brought a court case against the department on minimum norms and standards for school infrastructure, responded strongly on Monday, calling Surty’s comments “unfortunate” and “false”.

Firstly, it said, Surty presented the court case as though it were isolated to two schools in the Eastern Cape. “All nine provincial MECs are named respondents. The norms and standards for school infrastructure that the campaign and case seek to secure will apply to every school in South Africa,” Yoliswa Dwane, EE’s spokeswoman, said.

According to Equal Education, the government had been promising to eradicate the 395 mud schools in the Eastern Cape by as far back as 2004. The current target is now 2014, but serious doubts remain whether even this target will be achieved, given the little progress made thus far.

“Forty-nine (mud) schools are currently being rebuilt. According to the latest status report, they are between 10% and 40% complete. In a recent report to Parliament, the department stated that they are in the planning process and securing tenders but have not completed building nor delivered one school,” Dwane said.

“Rather than platitudes and promises, what the EE campaign and court case seek is a set of binding minimum norms and standards as called for in the SA Schools Act that will establish what constitutes a school, and will enable the minister (and communities) to hold provinces accountable.”

Though infrastructure is but one of the many problems plaguing the school system, it is the problem most directly in government’s hands to fix. Motshekga has estimated that at least R86.6-billion was needed to upgrade and maintain infrastructure at ordinary schools to the requisite levels. That’s about a three times more than what was spent on 10 World Cup stadiums or twice bigger than the controversial arms deal, and far, far more than the entire department’s budget for the next three years. DM

Photo: A student is pictured at a school in Khutsong Township, 70 km west of Johannesburg August 22, 2011. (REUTERS/Siphiwe Sibeko)