Confessions of a fracking defector 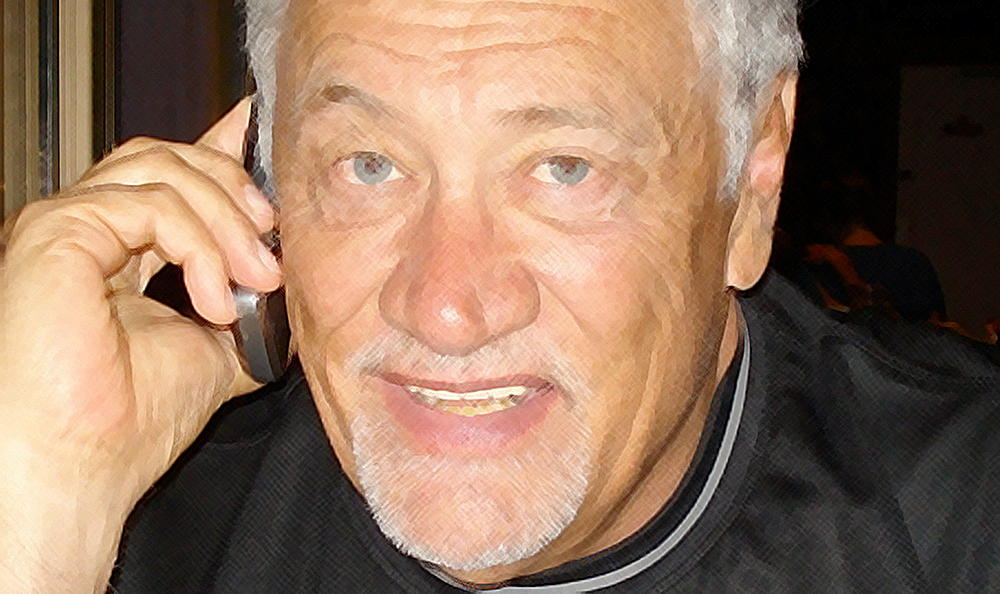 Government has been making approving noises about fracking recently, possibly in preparation for the lifting of the existing moratorium. Enter Professor Gerrit van Tonder of the University of the Free State. Until two months ago, he was saying fracking would not contaminate the Karoo’s groundwater. Now he is suddenly adamant it will. JULIENNE DU TOIT spoke to him.

JdT: What changed your mind about possible contamination from fracking fluids? Before June this year, you were quoted repeatedly as saying fracking would not result in groundwater pollution, and now you say are saying that it is not only certain, but that it could happen in a matter of weeks.

GvT: My doubts started two months ago, after I came into contact with a peer-reviewed study done in a scientific journal called Groundwater by US hydrogeologist Tom Myers concerning groundwater movement in the Marcellus Shale in Pennsylvania. Myers maintained there was a very slow movement upwards of deep water, a cycle taking tens of thousands of years. But, he said, the holes drilled into the shale became preferential pathways, which means the fracking fluids left underground could rise up to contaminate aquifers in as little as a few hundred or even a few tens of years.

This started me thinking about the Karoo. It also made me remember the exploration holes drilled by the gold companies on my father’s Free State farm. Water rose up to them and was still warm at the surface. Also, the hot water springs that you find rising in the Karoo, in Cradock, Aliwal North and near Barrydale originate in the deep formations kilometres underground. In addition, we have proof that certain of the exploration holes drilled by Soekor were artesian. In other words, water from depths of 1,500 metres rose up via these holes. Those are just a few examples. There are more to show there is a vertical movement of briny water from depth to surface. Fortunately, rainwater trickling down improves shallow groundwater quality to a standard fit for human consumption and irrigation. Water quality is better and deeper in the east, where there is more rainfall, than in the west where there is less.

JdT: Aren’t these just observations, then? There’s no fieldwork. Why is this being seen as so new?

GvT: Actually, we’ve been stupid. The facts were before us all the time. Someone should have picked it up before, but I’m proud that I did. I freely admit now that I made mistakes in the past.

JdT: You have publicised a study that has not been proven in the field or peer-reviewed. What is the rush?

GvT: As I said in a letter to the Cape Times (in response to Professor Philip Lloyd’s questions in the same newspaper), our research is of vital importance for what is going to happen during the next two months. Government is probably going to lift the fracking moratorium in July. It takes at least nine months to get a scientific paper published in a peer-reviewed journal. That is why we found it necessary to release our findings immediately. I am very worried because I now know that the fracking fluid will contaminate the groundwater. There is no doubt at all. That is why our study recommends that “Under no circumstances must the companies be allowed to include any hazardous chemicals into the fracking fluid cocktail. There are other more green options available, even if fracking is considered.”

The Karoo is very similar to the Marcellus Shale in that this is a basin under pressure, but we have an additional wild card – the dolerite dykes and sills that occur all through this area. The Karoo is riddled with it – and this is the only shale field in the world with dolerite. Dolerite, which comes from volcanic action in the Karoo 180 million years ago, is well known as a preferential pathway for water. Any Karoo farmer knows that if you are looking to drill a borehole for water, you seek out dolerite, because water travels along it.

Incidentally, the doctoral student Fanie de Lange, who co-authored the study with me, has also found there are many kimberlite pipes in the Karoo, hidden under the dolerite but stretching down 200km or more. These are additional preferential vertical pathways for water. Do they contain diamonds? Who knows? Only a tiny percentage of kimberlite pipes do.

On top of these you add the fracking wells, and what worries me terribly is how many there are going to be. If they drill at similar rates to the US – a well-pad every 260ha, with 10 wells, even across just half of the Karoo, we could eventually have 17,300 well-pads, each with 10 wells or so. Shell’s Jan-Willem Eggink has said the well-pads will be 5km apart, with 32 wells on each well-pad. That means 3,600 well-pads with just over 115,000 wells. That’s just Shell’s wells, not Sungu Sungu, or Falcon or Bundu. If just one of these wells fails and harmful substances have been included in the fracking fluid cocktail, it will be a disaster, I can assure you.

JdT: What scale of disaster are you talking about?

I’ve seen department of water affairs figures indicating that of the 50-odd towns, villages and settlements falling within Shell’s concession, 37 rely entirely on groundwater, 10 use a combination of ground and surface water and only three use surface water alone. Hundreds of thousands of people depend on clean groundwater. (Incidentally, these figures do not include the farms, where dependence on groundwater for drinking is 100%, even those beside rivers.)

Water affairs predicts that the use of groundwater will grow in the Karoo and elsewhere.  Almost all surface water is already allocated.

There is no doubt that the fracking well casings will fail, sooner or later. There is proof of this. That is why I say that contamination is absolutely inevitable and it will be one of the biggest water pollution disasters in the world. South Africa is so short of water. We cannot risk this.

JdT: I see that as with Tom Myers, a number of scientists have rubbished your claims, including the highly respected Professor Terry Engelder of Pennsylvania State University. Gas energy writer Nick Grealy quotes him at length in his column No Hot Air as saying, in response to your new study, that treatment (fracking) water is held inside the shale rock formation by capillary action and that it is “highly unlikely that gas shale leaks brine at rates that matter to mankind.”

GvT: I know Engelder’s views. He is the best in his field and I have great respect for him. But I am 100% certain our study is correct. I am so confident I would even be happy to debate it with him on live television. I have spoken to a number of geohydrologists in South Africa and they are all in agreement with me except for one who says he does not know – Dr Eddie van Wyk of water affairs. I found this strange, because I know Van Wyk as a very practical man and I would have expected him to agree with our findings. I can only assume he is part of the government’s task team on fracking and this possibility was not raised in their report to government.

In addition, I have had support from some of the top geohydrologists in the world, including Professor Shlomo Neuman from the University of Arizona’s Department of Hydrology and Water Resources. He wrote to me this week and in his email said:

“Your video is very informative (for the initiated) and well done. I also read the Myers paper you sent me and watched a few additional YouTube propaganda pieces both ways. Other than some technical details, I do not find any conceptual issues with your and Myers’ points of view.”

He ends his note to me (in which he agrees that not enough work has been done on “leaky aquifers or cross-formation flow”) by saying “I fully support your warning.”

JdT: Since no fieldwork has been done, are there any case studies at all that prove your hypothesis?

GvT: Well, that’s an interesting point because I remembered in the media a while back there was mention of a certain Andre Els who was with Soekor in the 1960s and who told of a particular incident that corresponds to what my study says. I dismissed it as rubbish at the time, but since the completion of the study I have called him and he told me what happened.

Els was in charge of drilling fluids at Skietfontein farm near Aberdeen, south of Graaff-Reinet in 1967. At a depth of 4,110 metres, they lost the drilling fluid, which contained water, bentonite,  chrome ligno-sulphanate and caustic soda. He told me it took a week of effort before they could plug the hole.

A month and a half after that, a farmer near Klipplaat, over 30km away, called Soekor to complain that his borehole water had suddenly turned brown. There was something odd. Els was sent there, and found that the borehole water contained chrome ligno-sulphanate. It was undoubtedly the drilling fluid that had migrated across and contaminated the borehole.

It seems unbelievable, but the drilling fluid had travelled more than 30km and had moved up from a depth of more than 4,000 metres in only 6 weeks. This shows how quickly contamination can move along a preferential pathway.

JdT: I have to ask you this. Were you ever paid by Shell? Has Treasure the Karoo Action Group (TKAG) ever paid you? Who paid for this study of yours?

GvT: The only money I have been paid from anyone who is for or against fracking is from Shell. They paid me R22,000 to review their Karoo Groundwater Atlas Report and attend a three-day workshop in Cape Town by SRK Consulting. SRK did the work for Shell on the Karoo Groundwater Atlas. No one has paid me to do this new study.

JdT: You say it seems there are university academics on the fracking task team. But if you were on the team, what would you advise?

I would say by all means drill a hole to explore what is down there, but do not frack. That is the approach France is taking. DM

(Disclosure: Julienne du Toit lives in Cradock, one of the few towns in the Karoo that doesn’t depend on groundwater. She believes that fracking in the Karoo and elsewhere would be a very bad idea.)