Chinese traders: Love them or loathe them, they are here to stay 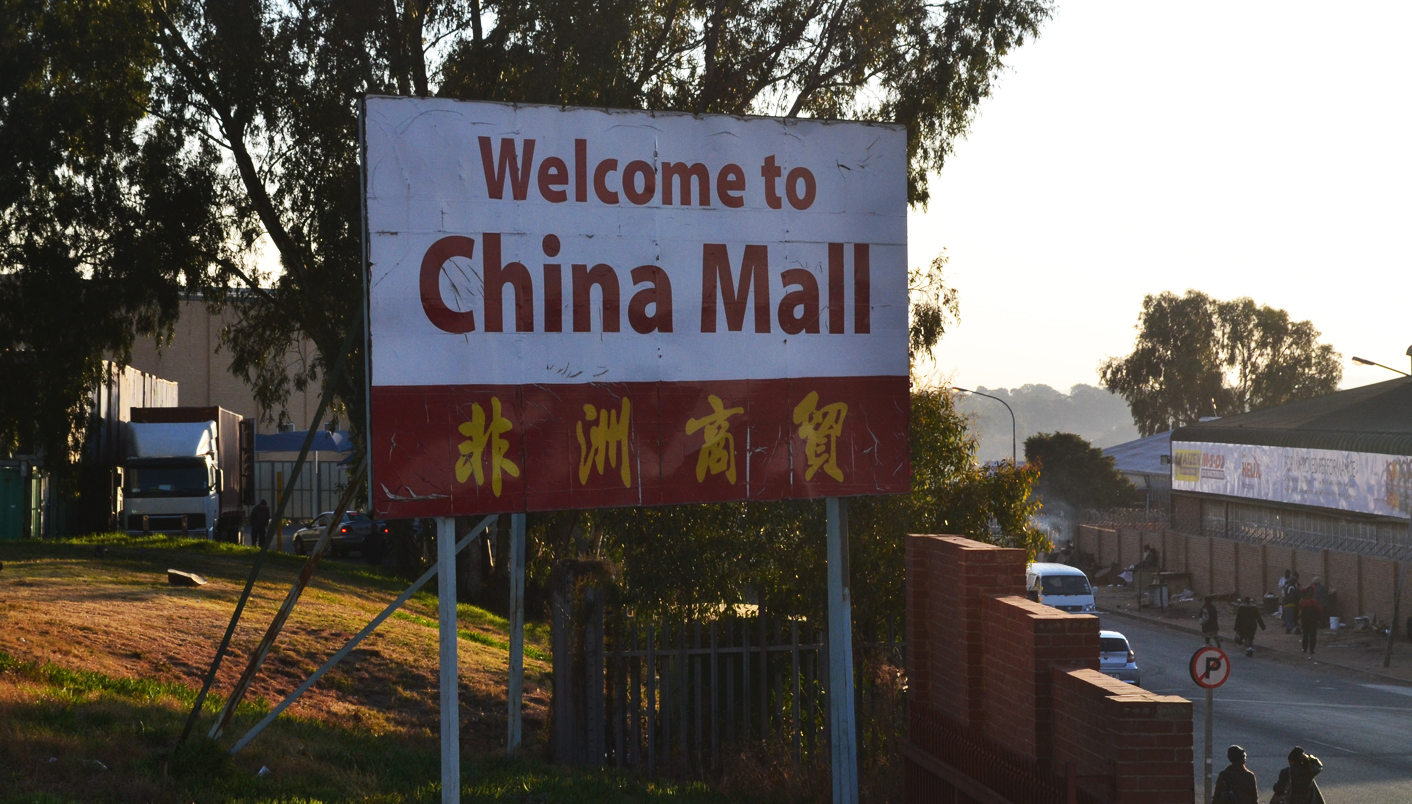 Chinese traders have spawned a cut-throat market that has been the bane of South African industry, which is quick to lay the blame of an ailing economy on low-cost (and, one might argue, low-quality) Chinese goods, but their presence is telling of an economic climate in great flux. By KHADIJA PATEL

In Johannesburg, malls have become a necessity to a privileged life. Any hopes of high streets have long disappeared into a haze of crime and squalor. Yet malls are so much more than mere shopping centres. In Jeddah as in Johannesburg, they are meeting spaces, eating spaces, recreational spaces and then they are shopping spaces.

Inside the mall, the rest of the city melts into the surrealism of a faraway place. Malls are spaces of sameness. See one, see them all, or so they say. But in Johannesburg, as the city’s traditional malls battle to survive an uncertain economic climate, a new breed of mall is mushrooming in the more inelegant quarters of the city.

Just west of the city’s original China Town in Commissioner Street, about 10 Chinese malls have sprung up, doubling up as wholesalers to smaller retailers and then retailers of Chinese goods on the cheap. On weekends, the cramped alleyways of these malls belie any rumbling of a recession. Here, Chinese immigrants stand ready to sell you anything from a faux Polo handbag to “Aphrodisiac Tea”. With few of the niceties of the shopping malls boasting brands and air conditioning, the Chinese mall certainly does not pander to the vanity of its shoppers. Shopkeepers smoke behind the perch of their counters, untroubled by anti-smoking regulations and, instead of the forced friendliness that is supposed to oil the machinations of the mainstream retail experience, here there is little time for deference. Like it, or lump it. Or, if you really want it a little cheaper take six of the item at the wholesale price.

While elsewhere in Africa the proliferation of Chinese goods has made it easier for poorer people to acquire goods they would previously never had had access to, here in Johannesburg, away from the wholesale function of these malls, the retail experience seems to be geared entirely towards a middle class with a small purse. If anything, the number of German sedans usually parked outside these malls suggests it’s not poor people benefiting the most from Chinese goods on the cheap but richer people alive to the lure of a bargain.

And yet these malls are not the sole domain of Chinese businesses alone. Alongside them Pakistanis ply their own trade in haberdashery, curtaining and cellphone accessories while a Thai spa offers the amenities of a highbrow massage at a fraction of the highbrow price. Outside the mall, a long queue of unemployed men and women wait every day, hoping to secure some form of employment inside. It is perhaps fitting then that many of the men and women queuing for work outside are also economic migrants  – Zimbabweans, Ugandans, Malawians all ready to work for a pittance.

Yet these malls are not unique to South Africa or indeed the African continent. Such gluts of Chinese- owned stores have also mushroomed across various French, Italian and Spanish cities, as well as Hungary, Czech Republic and Romania in central Europe.

Though the Chinese malls certainly seem to be doing better than their mainstream rivals, here too traders complain of “slow” business in the past few months. They are quick, however, to add that they are already doing much better than they would have had they remained in China. Why did they leave China when economic growth seemed to have no bound there? Nearly all the traders I spoke to respond with the same gripe, competition in China is too severe to withstand, the government is guilty of corruption and nepotism and opportunities outside the major industrial zones are scarce.

Tellingly, none of the traders I spoke to showed any inclination to leave South Africa. They are happy to travel to China twice a year but their sights are set on a permanent place in South Africa. They proudly show off the three Mandarin newspapers printed in Johannesburg, pointing at reports of violent crime perpetrated against Chinese traders. “I want to buy a house here, I just wish it can be more safe,” one woman tells me.

These migrants were not necessarily entrepreneurs in China, but upon migrating to South Africa they established their own businesses because they lacked the education necessary for the wage market – their grasp of English is generally poor but they do have access to low capital required for start-ups, as well as key links to Chinese manufacturers.

With the exception of one Pakistani-owned store selling Turkish rugs and Indian furniture, the Chinese malls run on cash. ATM machines are positioned strategically at the entrances of the mall but traders insist their businesses can survive thorough scrutiny from the South African Revenue Service. They point out that it is mandatory for each trader at the mall to have a trading licence and to pay SARS the requisite import tax.

Despite their protestations of running businesses above board, disgruntlement with the influx of Chinese traders continues to grow among South African traders, who credit the Chinese success to tax evasion, racketeering and smuggling drugs in between the cheap goods. But the Chinese malls are here to stay. Further along Main Reef Road, another such a mall is under construction.

The Chinese traders are going nowhere. They are the human faces of an economy in great flux. DM

Photos 2 & 3: One entrance to a dizzying world of cash-for-Chinese made bargains.The mall offers a mix of leather goods – real and imitation – costume jewellery, shoes, toys, homeware, clothing and, in between, some Aphrodisiac Tea.