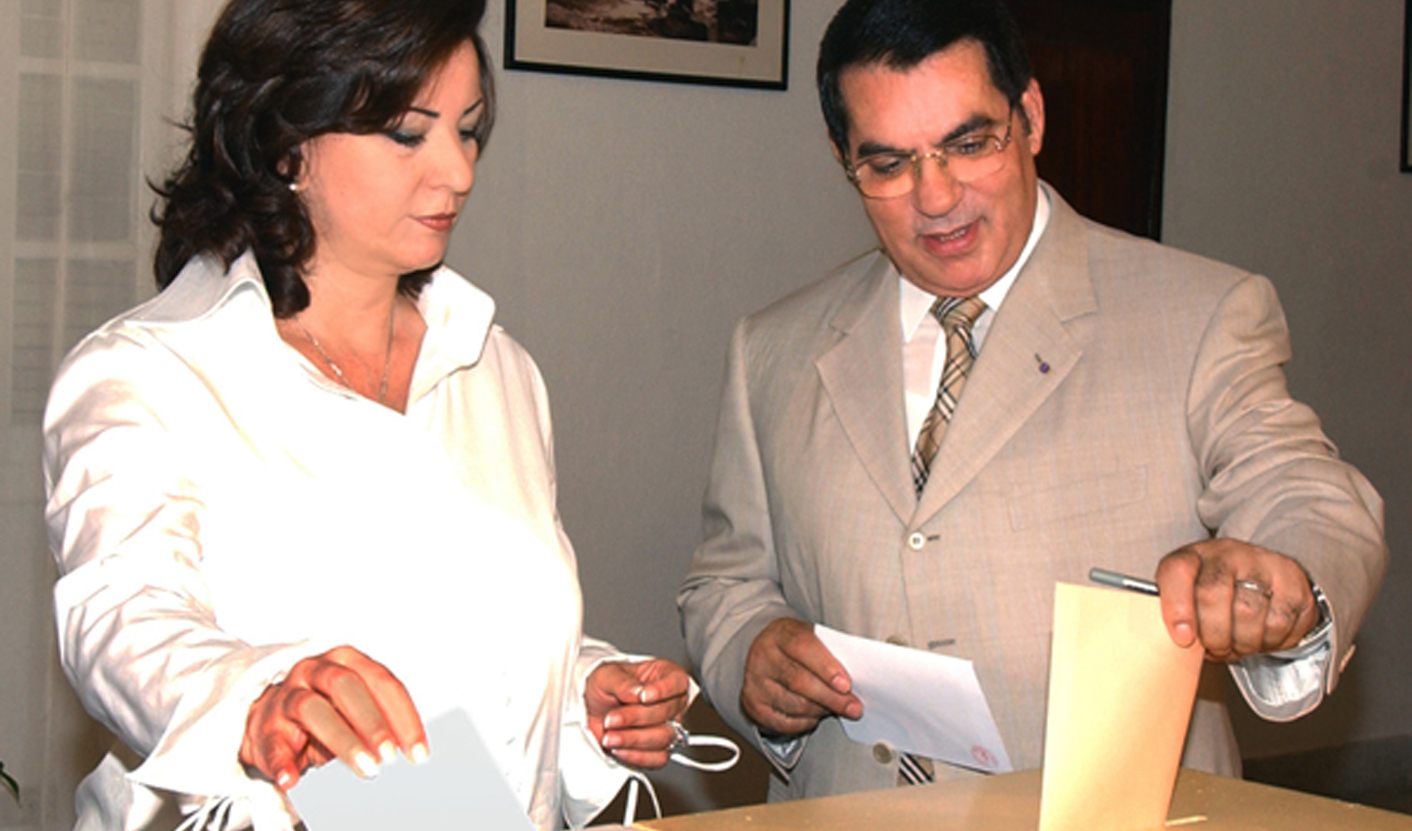 A Tunisian court sentenced ousted leader Zine al-Abidine Ben Ali's interior minister and seven of his security chiefs to up to 15 years in jail on Wednesday over the killing of hundreds of protesters in the central towns where the Arab Spring began. By Tarek Amara.

Former Interior Minister Rafik Belhaj Kacem, sentenced to 12 years, and the security chiefs are the first senior officials to be convicted over the deaths of over 300 people in last year’s revolution, which toppled Ben Ali and inspired uprisings in Libya, Egypt and elsewhere in the Arab world.
The judge at the military court in Kef also sentenced Ben Ali himself to life in jail over his role in the deaths but the former strongman fled to exile in Saudi Arabia as protests swept Tunisia on Jan. 14, 2011 and is unlikely to be extradited soon.
Of the 23 senior officials on trial over the killing of protesters in the towns of Kasserine, Tala, Kairouan and Tajrouine, 14 were acquitted including Ben Ali’s presidential security chief Ali Seriati and Ahmed Friaa, who was appointed interior minister shortly before the president fled.
Many of the security chiefs acquitted also face a litany of other charges that could yet see them punished, but the trial was seen as symbolic because it dealt with the deaths of protesters in central towns where the uprising began.
The acquittals prompted a ruckus in the courtroom, where the families of the victims who have waited almost 18 months for justice to be served expressed anger. Women were heard wailing and relatives of the victims vowed to avenge their deaths.
“These sentences are a massacre. My brother Ghassan has been killed again with these verdicts,” an emotional Hilmi Chmiti told Reuters by telephone from outside the courtroom.
“This is Tunisia’s copy of the Egyptian model. Our response will be unpredictable. We may be forced to kidnap police or attack the Interior Ministry.”
Egypt’s Hosni Mubarak, toppled last year after 30 years in power, was sentenced to life imprisonment earlier this month for his role in the killing of protesters after a trial that sets a precedent for holding former Arab autocrats to account.
But it was not enough for thousands of Egyptians who poured into the streets after the verdict, some demanding Mubarak be executed, others worried his verdict could yet be overturned and still more angry over the acquittal of senior security chiefs.
NO RETURN
“The verdict is unjust. The sentences are light, these sentences have been affected by political pressure. The court has fallen into a trap,” Chardedine Glail, the lawyer representing the families of the victims, told Reuters.
The military prosecutor at Kef had last month demanded the death penalty be imposed on Ben Ali, raising hopes among relatives but prompting an outcry by human rights groups who oppose capital punishment.
A military official speaking on a chat show aired by Tunisian state television said the trial was fair.
Tunisia’s government had already faced criticism over its failure to persuade Saudi Arabia to hand over Ben Ali and his wife Leila Trabelsi, a former hairdresser whose lavish lifestyle and clique of wealthy relatives came to be seen by many Tunisians as a symbol of the corrupt era.
Ben Ali has already been sentenced to decades in jail on charges ranging from corruption to torture but many Tunisians fear he will never see the inside of a prison cell and had hoped his lieutenants would receive the harshest possible sentences.
Earlier on Wednesday, a separate military court in Tunis sentenced Ben Ali to 20 years in absentia for inciting “murder and looting” during a police attempt to help smuggle his nephew out of the country during the revolt.
The case involves the death of four protesters, who were shot by police in the coastal town of Wardanein, as they tried to prevent Qais Ben Ali – now in jail in Tunisia – from fleeing. DM