Cote d’Ivoire and the backfiring coup 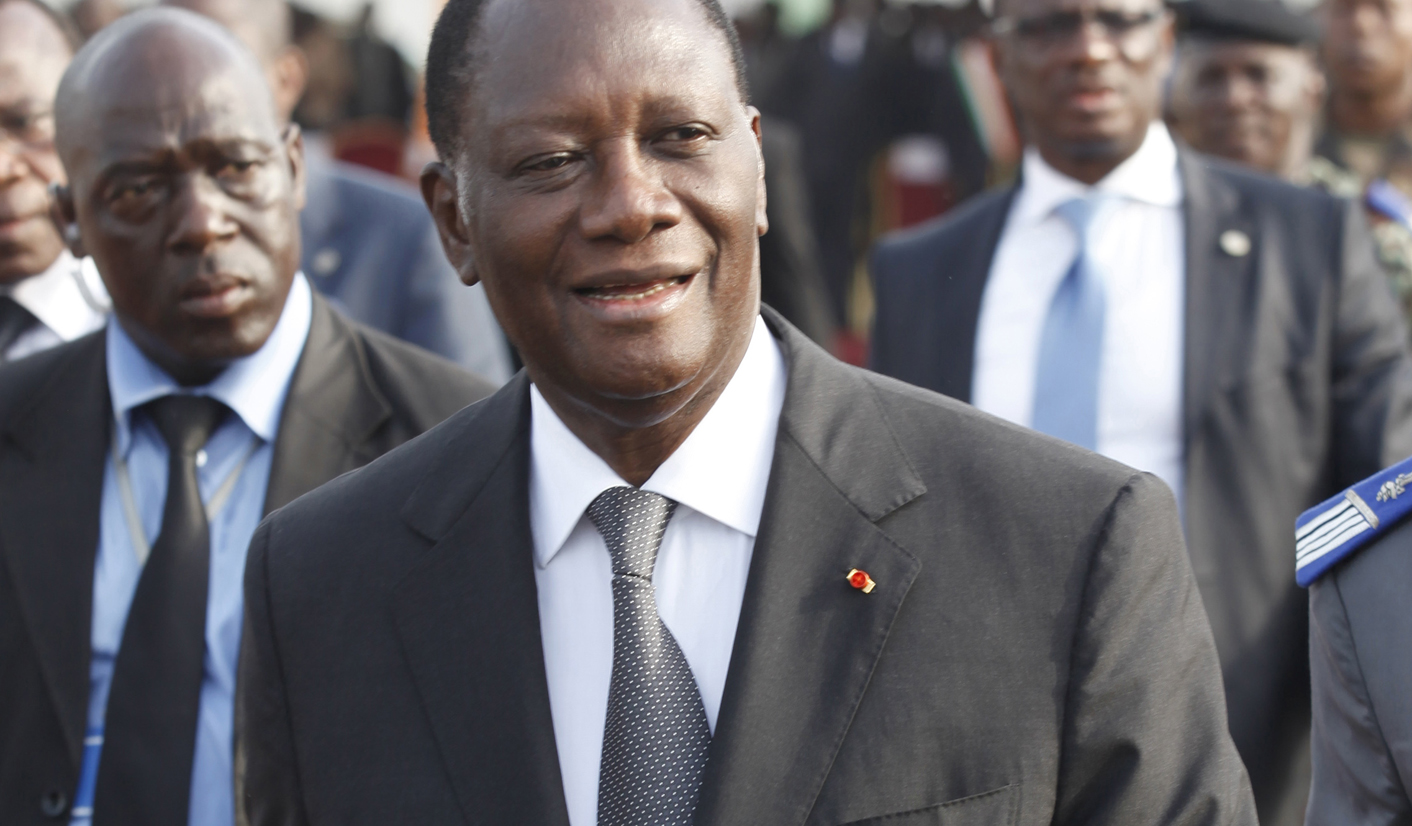 News of an attempted coup was broadcast gleefully by the Ivorian government, who have been gifted the perfect excuse to clean up the remnants of the old regime. It’s a short-sighted approach that might stabilise the country in the short-term, but guarantees a much lengthier recuperation process. By SIMON ALLISON

Coups, be they of the palace, military or constitutional variety, are always dangerous games played at the highest of stakes. We all know what happens when they succeed: just look at the likes of Mali, Guinea-Bissau and Guinea-Conakry, all of whom are struggling to get back on their feet after military-led takeovers. When they fail, however, struggling, unstable governments are gifted a propaganda coup of momentous proportions – and the chance to consolidate their own power.

Just such a gift has fallen into the grateful hands of Cote D’Ivoire’s President Alassane Ouattara, whose administration is just under a year into its job. Ouattara took power after a decade-long civil war culminated in his predecessor, Laurent Gbagbo, simply refusing to leave office despite losing the presidential elections in 2011. After four months of violence, 3,000 deaths, and a million displaced people, forces loyal to Gbagbo were defeated by Ouattara-aligned militias – assisted in the final push by a contingent of French special forces.

Since then, Ouattara has moved to stabilise the country and neuter the pro-Gbagbo opposition. A Truth and Reconciliation Commission was established (its credibility undermined somewhat by the appointment of footballer Didier Drogba to the panel). More seriously, human rights groups have accused Outtara’s militias of revenge attacks on Gbagbo supporters, including assaults, detentions summary executions. Gbagbo himself has been shipped off to the Hague, where he will be tried as an indirect co-perpetrator of crimes against humanity, while the court and the rest of the world conveniently forgets that Ouattara and especially his prime minister, Guillaume Soro, were implicated in similar crimes.

But it is the discovery of the attempted coup, gleefully announced by government on Tuesday night, that will let Ouattara take care of the most serious threats to his presidency and bring a one-sided, Outtara-led stability to the Cote D’Ivoire – at least in the short term.

Interior minister Hamed Bakayoko was given the task of explaining to the nation on state television that security services had arrested several participants in the alleged plot and would be rounding up the others with haste. Bakayoko played some scratchy footage of top Gbagbo ally Colonel Kate Gnotua, which was apparently the pre-recorded message that the coup-plotters were planning to broadcast once they’d seized power.

“All state institutions are hereby dissolved. All political activities are suspended. A curfew has been put in place until further notice…All land, air and sea borders are closed,” said Gnotua in the video. He is actually a colonel and was head of Gbagbo’s presidential guard.

Authorities discovered the plot after getting their hands on another one of Gbagbo’s main men: Moise Lida Kouassi, an advisor to the former president and one-time defence minister, was arrested in Togo earlier this week and extradited to Cote D’Ivoire, where he is being questioned over his role in last year’s post-election violence. During questioning, investigators discovered the incriminating video of Gnotua on his laptop.

“I recognise that…I could have transmitted to the new authorities the information in my possession on what they were preparing,” Kouassi said in a statement aired during interior minister Bakayako’s television appearance. “I am prepared to ask for forgiveness and request clemency from the president.”

But the president does not appear to be in a very forgiving mood, if the interior minister’s response is anything to go by. Bakayoko promised to apprehend all the coup-plotters in what could be the new administration’s best excuse yet to rid themselves of the remnants of Gbagbo’s men. “One by one we’ll get them. One by one…I assure you that in the days to come, you’re going to see events speed up.”

Snuffing out the Gbagbo support might not be as easy as all that. In the past weeks, seven United Nations peacekeepers were killed in what are suspected to be attacks launched by militiamen once aligned with Gbagbo; now with nothing to do but keep on fighting. Many of these militiamen have retreated across the border to Liberia, from where they operate with relative impunity, the Liberian government being powerless to do anything about them. Human Rights Watch reports that the militias are recruiting child soldiers to form “small boys units”, which are then sent across the border to launch attacks on Ivorian villages.

Both the attempted coup and the ongoing violence on the Liberian border are just symptoms of a larger problem. For all Gbagbo’s faults – and he had many – he still represented a large proportion of the population. He just barely lost the 2011 elections. And these people have been largely disenfranchised in the country’s new political dispensation, which rewards Ouattara loyalists while casting Gbagbo men into the wilderness, or a prison cell. The tensions which sustained the civil war in Cote D’Ivoire have not disappeared overnight, and – despite grand promises to the contrary – Ouattara’s policies so far have been to further entrench divisions rather than foster unity. His government’s response to the attempted coup is confirmation of this short-sighted approach. DM