Prometheus reviewed: A sci-fi classic gets the prequel treatment 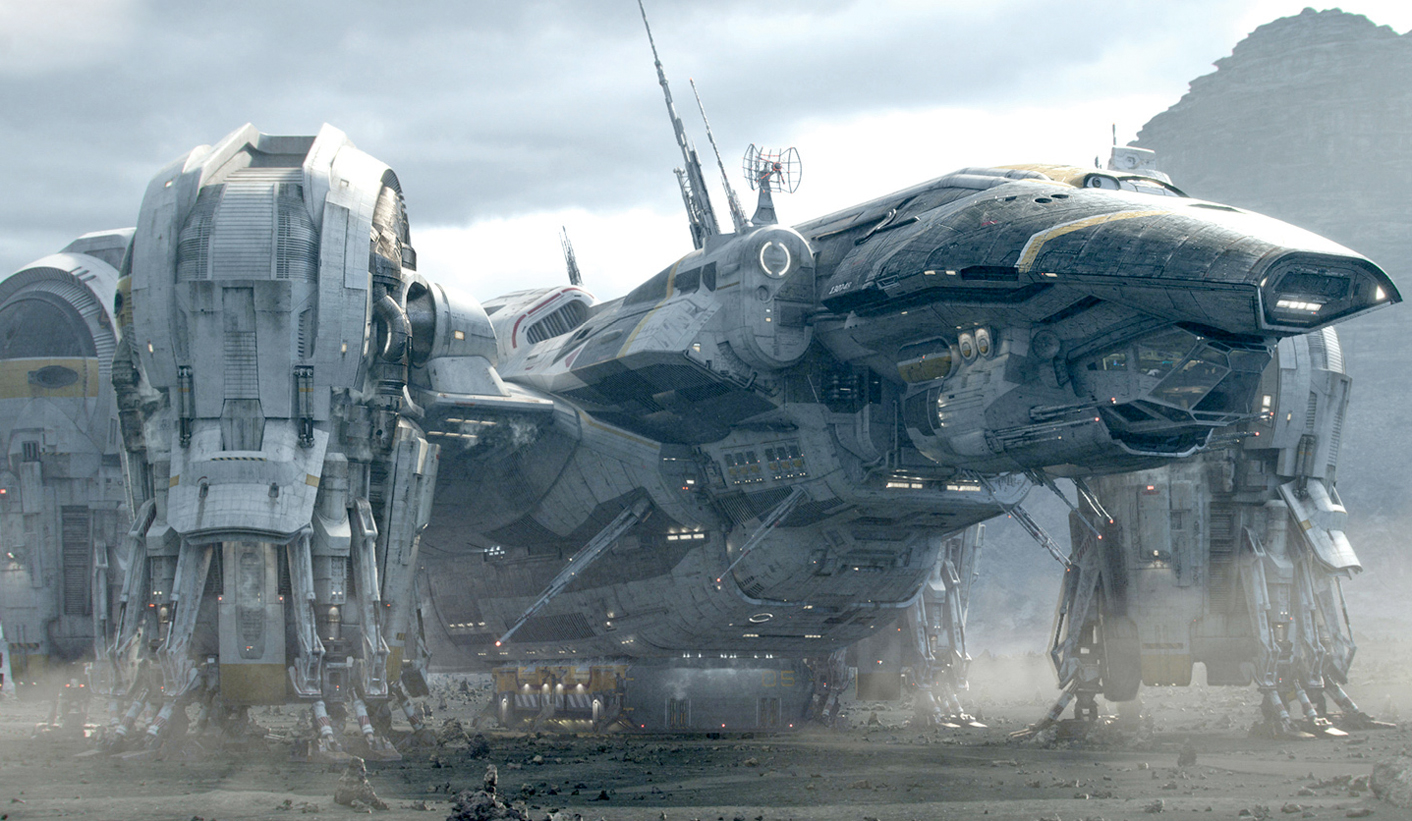 Ridley Scott is back where he started, messing with the Alien mythology. RICHARD POPLAK is unsure that Alien needed to be messed with. But boy, does it look good.

Other than Steven Spielberg, no mainstream director who started his career in the 1970s has created so many lasting images in a field of outright dross. Scorsese? Coppola? Lucas? Friedkin? All have generated their share of gold and their truckloads of crap, but they’re not even close.

Indeed, like Spielberg, Scott has directed a near classic war film (Black Hawk Down), small human dramas without humans and drama (A Good Year), a revisionist historical pic or two (Gladiator, Kingdom of Heaven), and two sci-fi films that completely changed cinema forever.

Scott’s Alien is his E.T, Blade Runner his Close Encounters of the Third Kind. This comparison is important because it reveals how ice-cold a sensibility Ridley Scott has always brought to popcorn pictures. And he hasn’t just influenced cinema: he has produced some of the more lasting pieces of advertising in television history, none more so than the 1984 ad for Apple. Amazingly, that slice of dystopian nightmarishness actually sold computers and launched an iconic brand, a testament to the fact that nothing trumps a defined visual style, an utter lack of compromise, and the hosing of millions of dollars at a screen, small, large or otherwise.

Which brings us directly to Prometheus, the is-it-an-Alien-prequel? currently manning the decks at a multiplex near you. It is a stunningly rendered, ultimately stupid film with one scene so perfect in its mixture of gore, pacing and terror that no one else in the history of the medium could have pulled it off. Prometheus is, from the first frame, a Ridley Scott film. This is both a good and a bad thing.

First, the good. Lord, never has a couple of hundred million dollars looked so fabulous. If Avatar set the bar for 3-D filmmaking, Prometheus raises it. The colour palette is muted bruise, just before it flares into ugly purple. The efficient prologue, filmed in Iceland (the only time this picture spares any expense, and that’s because Iceland is broke), introduces us to a muscled humanoid who kicks off some sort of DNA sequence, which we presume to be the start of life on earth. God? Nope—this, we learn later, is an Engineer, a species that generates life in distant planets just for the kick of it.

Flash forward about a billion millennia, and we meet Elizabeth Shaw (the Swedish Girl with the Dragon Tattoo’s Noomi Rapace), a crucifix-wearing scientist who finds a cave with what she takes to be a scrawled invitation from the Engineers: drop by a distant planet, and meet your maker. Backed by the shadowy—aren’t Scott’s corporate hacks always shadowy?—Peter Weyland (a typically superb Guy Pearce), and off we go.

The Prometheus, a trillion dollar ship staffed by the usual gang of horror movie chum, is set for the moon of a planet in a faraway galaxy. The crew is awakened by an android named David, who has styled himself as Peter O’Toole’s Lawrence of Arabia, the movie’s only genuine stroke of wit. This chilly Aryan simulacrum is played flawlessly by Michael Fassbender—Hal 2000 with an enormous, um, ironic outlook (see Shame to get this joke). David is pure corporate malevolence, one of the great characters in Scott’s pantheon, and as fine a villain as any since Heath Ledger’s Joker. Pared with the icy Meredith Vickers, played by the ubiquitous Charlize Theron, the ex officio mission leader sent to do Weyland’s bidding, and we know the Prometheus and her crew will meet a slime-gooped end.

Which brings us to the bad. The film is written by Damon Lindelof, based on a script by John Spaihts. The starting point was a blink-and-you-miss-it moment in Alien, in which we espy a mangled “space jockey”—a portent of doom in the original film, and enough of a catalyst for a prequel.  What happened to the space jockey, how did he get ripped to shreds, and what happened to get Sigourney Weaver into those unforgettable white panties, chased by a slobbering monster? I never felt the need to ask those questions, and Lindelof seems at a loss when it comes to answering them.

Lindelof has a shtick, and it involves asking big questions—usually spiced with time travel and the origin of humanity and the universe and everything—without feeling it necessary to properly answer them. He was a head writer on the TV series Lost, and crafted the recent Star Trek reboot, so he is an expert tease. And Prometheus is fine at foreplay, but wretched at delivering a climax.

Here’s what you will get: some astonishing visual flourishes, a sense of weight and heft to the digital spacecraft and landscapes – which have a painterly quality that recalls the early days of George Lucas’s Industrial Lights and Magic special FX shop – and several fine performances. But you will also get a double platter of origin story cheese; an Idris Elba (Stringer Bell from The Wire) performance so at sea that it baffles, and boilerplate lost-in-space dismemberment scenes that are inexcusable in a film of this pedigree.

Most importantly, you’ll witness a movie moment that earns the franchise its claim at proto-post-feminism—an abortion scene so wicked in its subversive nature that it can only come straight from the mind of Scott, and was probably the true origin point for the prequel. Ghastly, vicious and shorn of punch-pulling, the scene—and I refuse to spoil and therefore soften it with even the hint of a spoiler—is Scott at his most Scott-ness.

In the end, Ridley is indeed the first and finest of the mainstream feminist filmmakers. If he isn’t quite a feminist (those panties!), it’s probably because he’s too gruff and uneven for a binding philosophical or political outlook. But if you’re ever in doubt, watch Thelma and Louise, paired with his The Good Wife series, one of the best episodic series on TV, and another example of his unending reach.

Prometheus is, ultimately, not so much a return to form as an example of it: stunning visuals undone by a lack of conceptual vision. Only twice has Scott transcended his brilliance as a shot maker, and both times he fashioned cinematic classics. This prequel, which in thematic essence is more of a sequel to Blade Runner, doesn’t come close. Still, it’ll make you look, and then, definitively, look away. That’s what Ridley does. DM

Photo: The Prometheus, a trillion-dollar ship