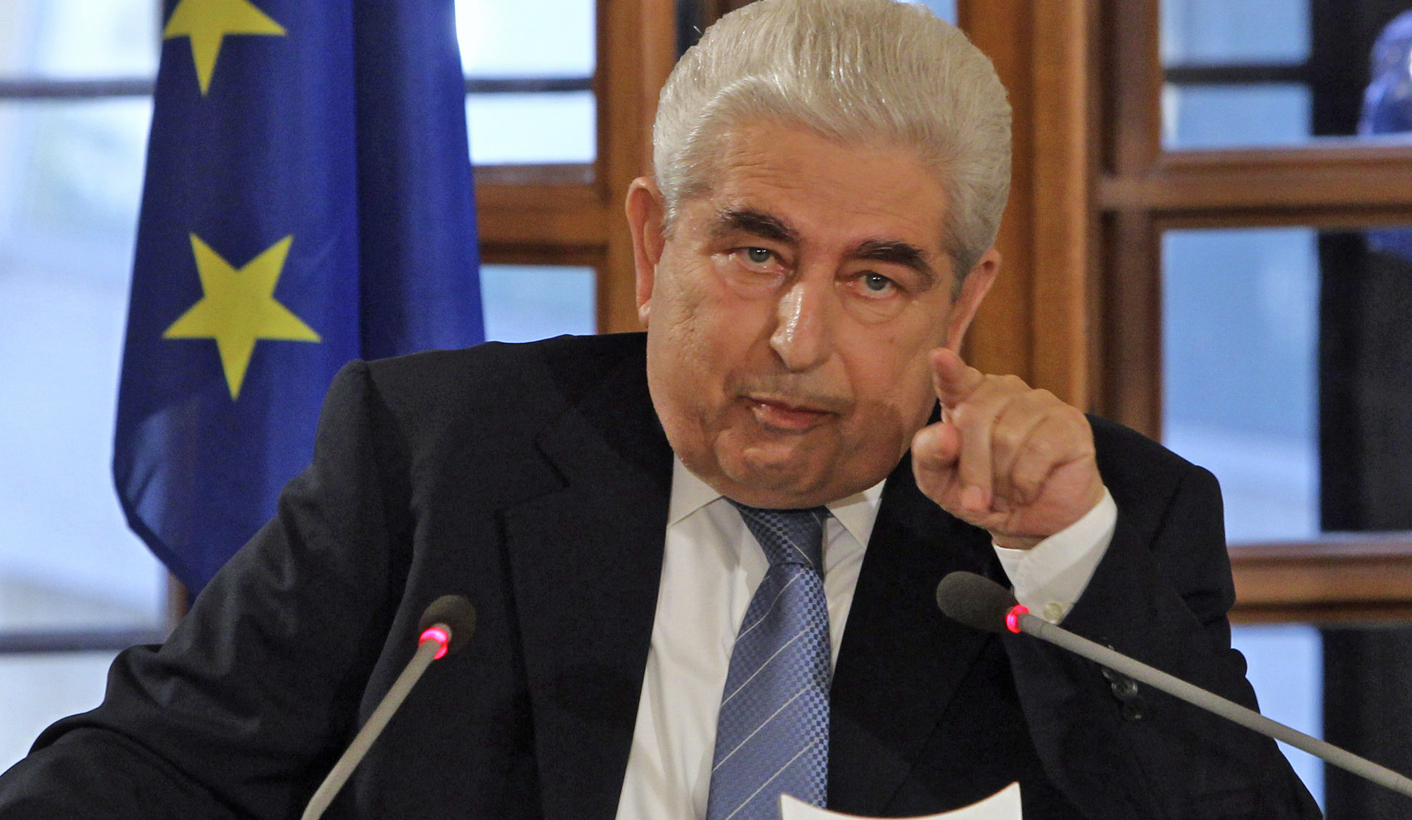 Euro zone member Cyprus strongly hinted on Monday it may have to apply for an international bailout before the end of this month as it faces rapidly dwindling financing options to prop up its banks, which are highly exposed to Greece. By Michele Kambas (Reuters)

“The issue is urgent. We know the recapitalisation of the (island’s) banks must be completed by June 30, and there are a few days left,” Finance Minister Vassos Shiarly told journalists.

Cash-strapped Cyprus faces a sprint to recapitalise its second-largest lender Cyprus Popular Bank, bowed by its exposure to Greece, ahead of a regulatory deadline at the end of June.

It assumes the rotating EU presidency for six months one day after the deadline, on July 1.

The situation has placed historically resilient Cyprus in an unprecedented predicament not entirely of its own making.

Its economy, now worth 17.5 billion euros, was battered by a war which tore the island apart in 1974, but it has always managed to bounce back, either through bumper tourism revenues, money flowing in from Russia or rich Arabs fleeing turbulence in neighbouring countries.

It also recently discovered a sizeable natural gas reserve offshore, but that is unlikely to come on stream before 2016, and Cyprus needs the extra revenue now.

Responding to a question on whether any potential bid for aid would just be focused on support for its banks, Shiarly said in his view it would be a comprehensive package, based on existing practice.

“When one applies to the support mechanism you take into account all the facts, including needs which may arise in coming periods. Consequently it would be a comprehensive request covering not only present circumstances and the recapitalisation of the banks but also future needs,” he said.

In Brussels, an EU commission spokesman said Cyprus had not requested a bailout. The International Monetary Fund in Washington also said it had not heard from Nicosia.

Cyprus, shut out of financial markets for a year and running deficits, will need the equivalent of 10 percent of its gross domestic product just to prop up Popular. It needs an investor willing to fill a 1.8 billion euro regulatory shortfall, or the government must come to its aid.

One of the state’s initial options was to issue debt for an equity stake in the bank — essentially a cashless transaction — expecting that the debt could be used by Popular in liquidity operations of the ECB.

But that plan doesn’t appear to fly.

“The same application was made by Spain and it was rejected. We made the same request so the fate of that was probably pre-written,” Shiarly said.

Shiarly said he could not say how much a potential aid request could total. Cyprus has just over 2.0 billion euros in short-term debt maturing next year.

Timings wise, and because bailouts typically occur over weekends to minimise disruption to markets, Cyprus would in theory have a slot to make any application next weekend, when the focus will be on the Greek election on June 17, or the weekend of June 23-24.

Yet the island, representing 0.2 percent of the euro zone’s economy, has so far shown a reluctance to take the plunge, spooked at the experience of Greece and worried that pressure could be applied to change its corporate tax which, at 10 percent, is one of the lowest in the EU.

As potential leverage, it is negotiating separately with a third country in the hope that it could secure better bailout terms from its EU partners.

That country has not been named, but it is widely thought to be China. Cyprus received a 2.5 billion euro bilateral loan from Russia late last year, sidestepping its EU partners.

Earlier, Shiarly told lawmakers in Cyprus’s parliament that he had anticipated some conclusion to discussions at the end of May, but that he now expected news “very soon”. DM