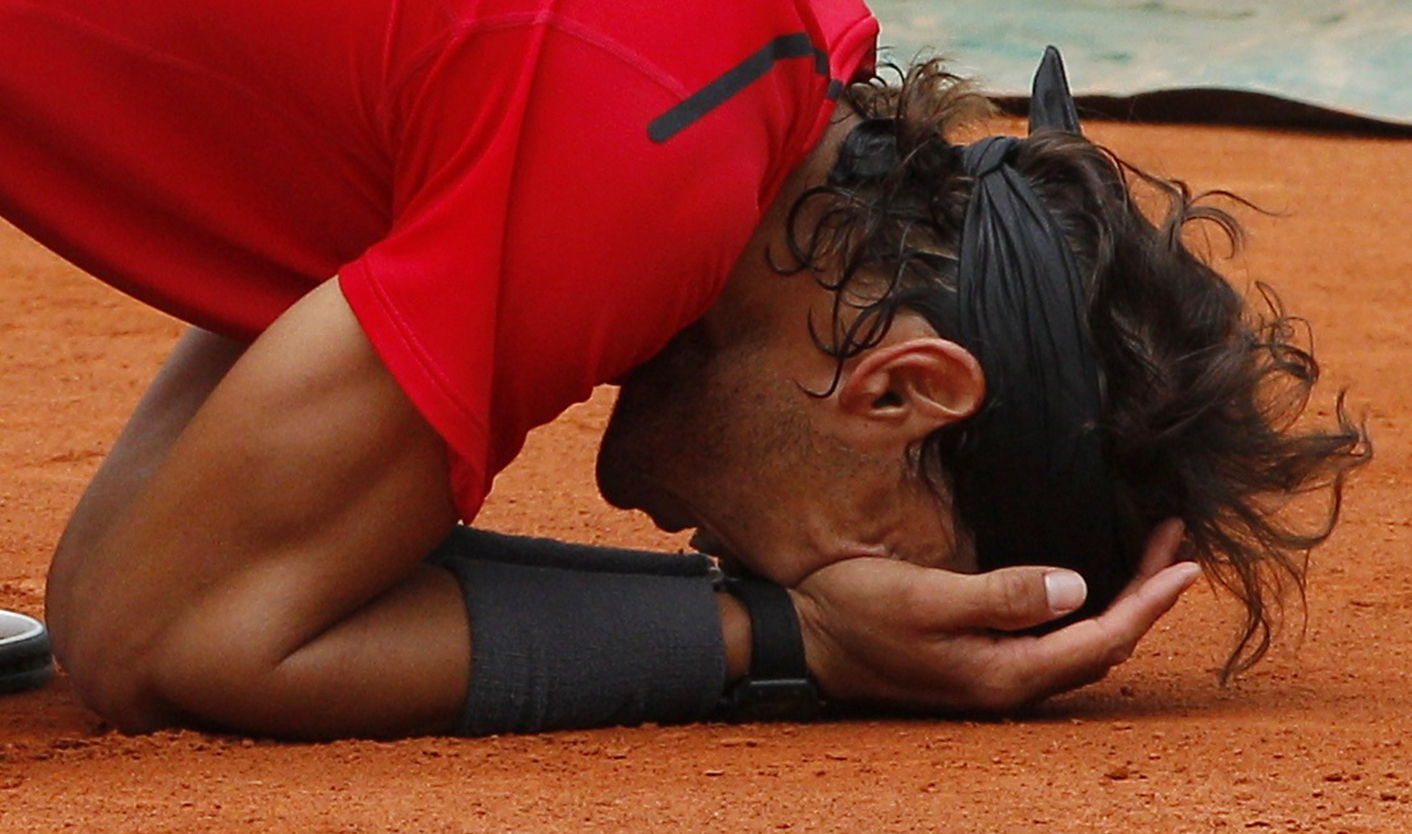 “For me it is a great honour,” Nadal said, clutching the Musketeers Cup under his arm, after the presentation ceremony on court.

Play had been suspended on Sunday, because of rain, with the Spaniard a break down in the fourth set, but he broke back in the first game after the resumption, having rediscovered the penetrating fizz that deserted him in the damp conditions of the previous evening.

Then Nadal had moaned vociferously about the wet surface that made conditions underfoot treacherous and the ball hard to see, but he came out refreshed on Monday with the bit between his teeth.

He was back to the player who had raced into a 3-0 lead in the first set on Sunday, managing to generate his vicious top spin on the dry balls.

After Monday’s early break, Djokovic did all he could to resist the Mallorcan’s charge, holding serve until the 12th game when Nadal conjured up a forehand winner after a 10-shot rally to set up match point.

Djokovic’s dream ended with a double fault, leaving Nadal to hoist aloft the trophy in front of a packed Court Philippe Chatrier.

“Congratulations to Rafa and his team for another title; he is a great player,” Djokovic said.

“I am privileged to be in this position for the first time. Rafa was a better player and I hope to come back next year and play even better.” DM