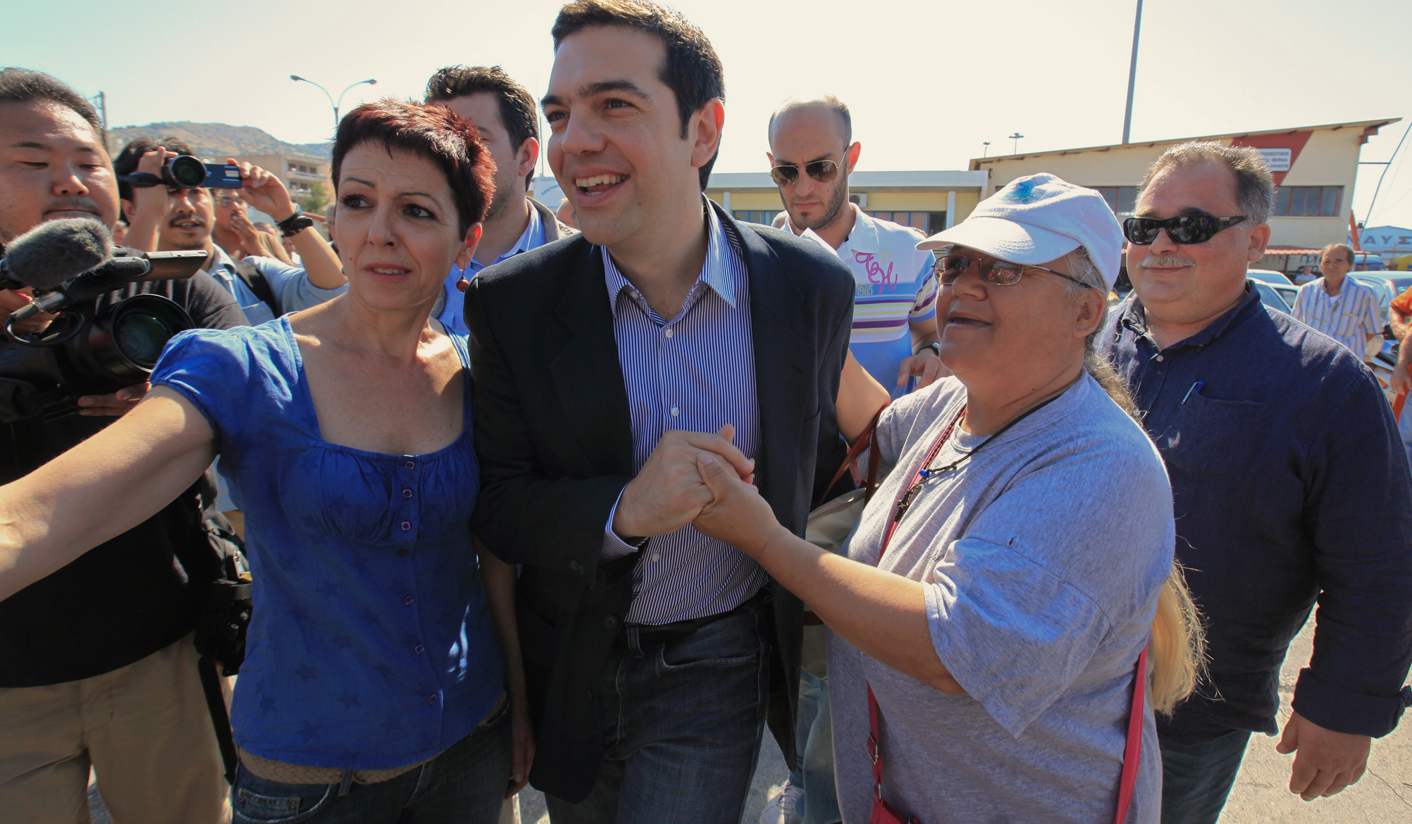 Leaders of Greece's two traditional ruling parties warned on Sunday of political stalemate after parliamentary elections next week and called for a government of national unity to prevent a repeat of the confusion that followed the last vote in May. By Lefteris Papadimas (Reuters)

The June 17 election could decide Greece’s future in the euro with voters split over a 130 billion euro international bailout which has kept afloat the economy, now in its fifth year of recession, at the price of harsh and bitterly resented austerity measures.

“It seems that we are heading for a deadlock,” Evangelos Venizelos, head of the Socialist PASOK party told a news conference, saying he had written to the other main parties calling for a broadly-based national unity government.

“None of the scenarios after the elections looks like leading to a solution. What they’re leading to is an absence of government.”

According to internal party polls cited in two newspapers on Sunday, the pro-bailout conservative New Democracy party has held on to a narrow advantage over the radical leftist SYRIZA party, which rejects the deal with the European Union and IMF. No party appears strong enough to form a government alone, however.

The Sunday edition of conservative daily Tipos said the polls showed New Democracy and SYRIZA both gaining votes, with a slight advantage to New Democracy. The weekly Proto Thema said four of the six polls conducted over the past three days gave a lead to New Democracy.

PASOK, reduced to a shadow of its former standing as Greece’s biggest party following a wipeout in the May election, trails far behind both New Democracy and SYRIZA but could play a role in a coalition government.

Venizelos said both New Democracy and SYRIZA would have to be included in a unity government to head off the danger of street protests against any new administration struggling with the worst economic crisis in Greece’s postwar history.

“Greece cannot be governed with more than half of Greeks against the government,” Venizelos said in his letter, but offered no detail about how to bridge differences which scuppered efforts to form a government after the May elections.

His call for unity was immediately dismissed by SYRIZA, which said it was typical of the “lack of clarity” offered by PASOK during the crisis. However, his warning of disaster was echoed by New Democracy leader Antonis Samaras.

“A third round of elections would be suicidal,” Samaras told Mega TV in an interview. “We must have a government by any means,” he said.

New Democracy and PASOK both broadly accept the bailout deal signed in March between Greece and the European Commission and International Monetary Fund, although they both want some easing in the painful austerity demands attached to the deal.

In an interview with Proto Thema, European Monetary Affairs Commissioner Olli Rehn hinted that the lenders may be prepared to offer some flexibility to a country facing rising social unrest at the conditions imposed under the deal.

But he called for more effort from Greece itself. “The return to growth is being delayed mainly because of the obstacles to reforms from unions, the lack of national unity and the limited capability of the public administration,” he said.

“I know the sacrifices that Greek people have made but they are necessary to consolidate the Greek economy,” he said. DM

Photo: Head of Greece’s radical left SYRIZA party Alexis Tsipras is cheered by supporters during a pre-election visit at Perama shipyards ahead of the June 17 poll in Athens June 8, 2012. REUTERS/Yorgos Karahalis