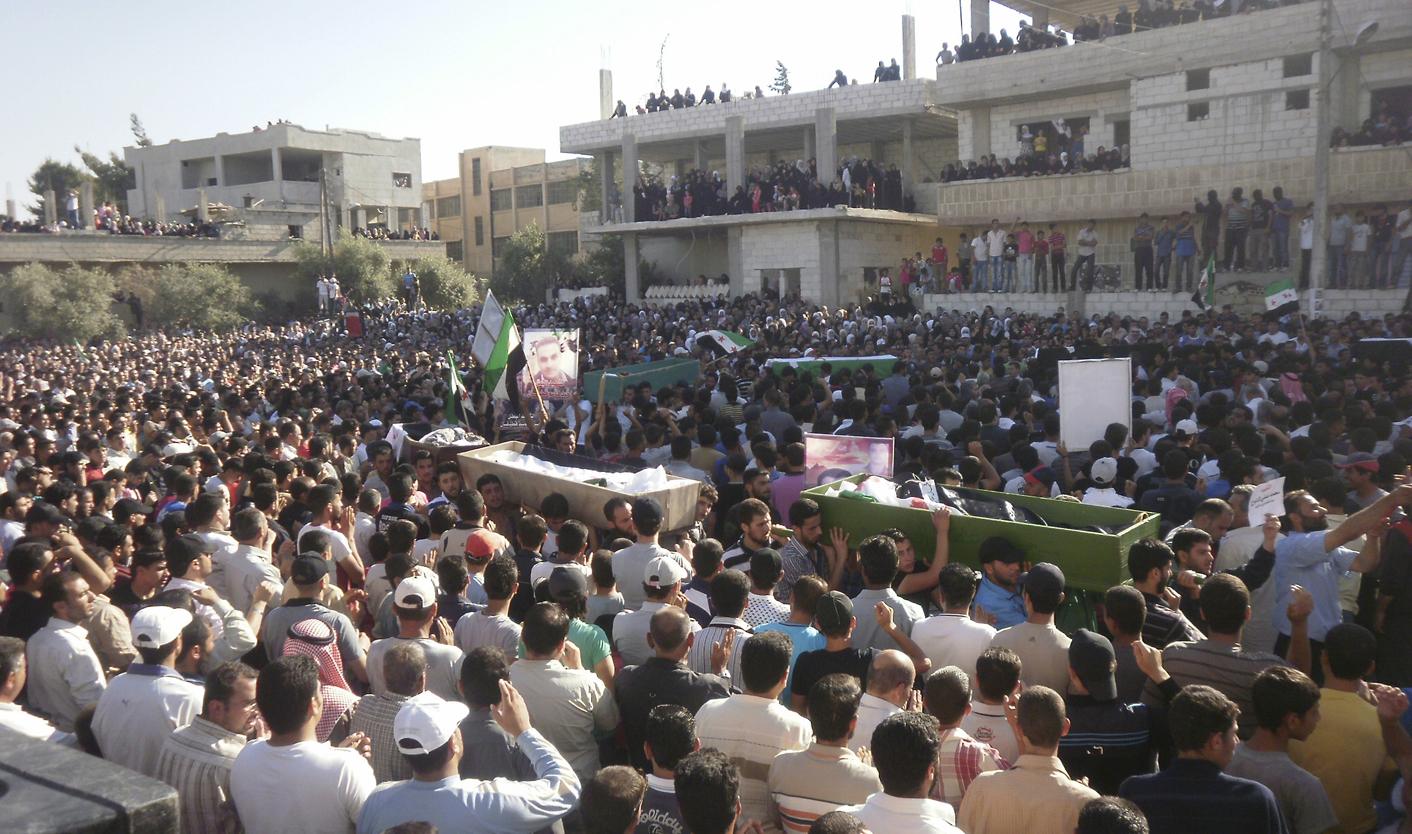 Syrian President Bashar al-Assad's forces have renewed efforts to impose control in Homs province, killing at least 35 people in one of the biggest bombardments since a failed U.N.-mandated ceasefire in April, opposition activists said on Sunday. By Khaled Yacoub Oweis (Reuters)

They said the Syrian army used artillery, mortars and rockets to hit opposition strongholds in the city of Homs and the towns of Qusair, Talbiseh and Rastan in central Syria.

Free Syrian Army rebels had been intensifying attacks in the area, the Syrian Network for Human Rights and other opposition campaigners said.

Assad’s forces also carried out raids on neighbourhoods in and around Damascus to try and flush out rebels who have been stepping up operations near security compounds in the capital.

United Nations efforts to bring peace to Syria – where a 15-month-old uprising against Assad has turned increasingly violent – have largely come to nothing, with both sides blaming the other for breaking the ceasefire.

Soldiers and militias loyal to Assad have killed at least 10,000 people, according to U.N. figures. The Assad government puts its own losses at more than 2,600 dead. Assad has blamed unspecified foreign-backed terrorists for the violence.

Among reports on the weekend violence, activist Abu Qassem said at least 500 rockets and shells had fallen on Rastan, 25 km (15 miles) north of Homs, since Saturday, and army helicopters were firing machineguns into the area.

“The Free Syrian Army is far outgunned, but it is responding by mounting guerrilla attacks while trying to avoid direct exchange of fire,” he said.

Rastan was once a reservoir of Sunni Muslim recruits for the military, whose senior ranks are dominated by members of Assad’s minority Alawite sect, an offshoot of Shia Islam.

After Syria’s revolt broke out in March last year and pro-democracy demonstrators in Rastan were killed, Sunni officers from the town began defecting.

Talbiseh to the south came under shelling and heavy mortar fire from loyalist troops after some soldiers from surrounding roadblocks defected on Saturday and drove two armoured personnel carriers into the town, according to opposition sources there.

“Five people have been killed, including a woman and her one-year-old daughter. They were among the few civilians who had not fled Talbiseh,” activist Abu Mohammad said by satellite phone.

Army shelling was also reported on Homs, concentrating on the neighbourhood of al Khalidiya, inhabited mostly by Sunni tribal families from the desert, activists said.

FIGHTING IN THE CAPITAL

“Qaboun came under bombardment for the first time since the uprising. Security forces in the nearby Airforce Intelligence compound fired on the neighbourhood with anti-aircraft guns and large calibre mortar bombs,” said Abu Fida, an activist in Qaboun who did not give his real name for fear of arrest.

Attacks on loyalist buses and army roadblocks were also reported in the last three days in the Damascus neighbourhoods of Barzeh and Mezze.

Western countries, unwilling to launch the kind of military intervention which toppled Libyan leader Muammar Gaddafi last year, are struggling to work out how to address the violence in Syria. While they want Assad to step down, he retains the support of Russia.

The absence of a clear and unified opposition, and concerns about an intensifying civil war which would suck in neighbouring countries has also complicated the picture.

The main Syrian opposition umbrella group, the Syrian National Council, operates from exile and its control over the different rebel factions inside Syria is limited.

On Sunday, it elected Kurdish activist Abdelbasset Sida as its leader for a three-month term at a meeting in Istanbul.

Sida, who has been living in exile in Sweden for many years, succeeds Burhan Ghalioun, a liberal opposition figure who had presided over the council since it was formed last August. DM

Photo: Syrian residents carry the bodies of people whom protesters say were killed by forces loyal to Syria’s President Bashar al-Assad, during their funeral in Deraa June 9, 2012. REUTERS/Ali Abu Salahh