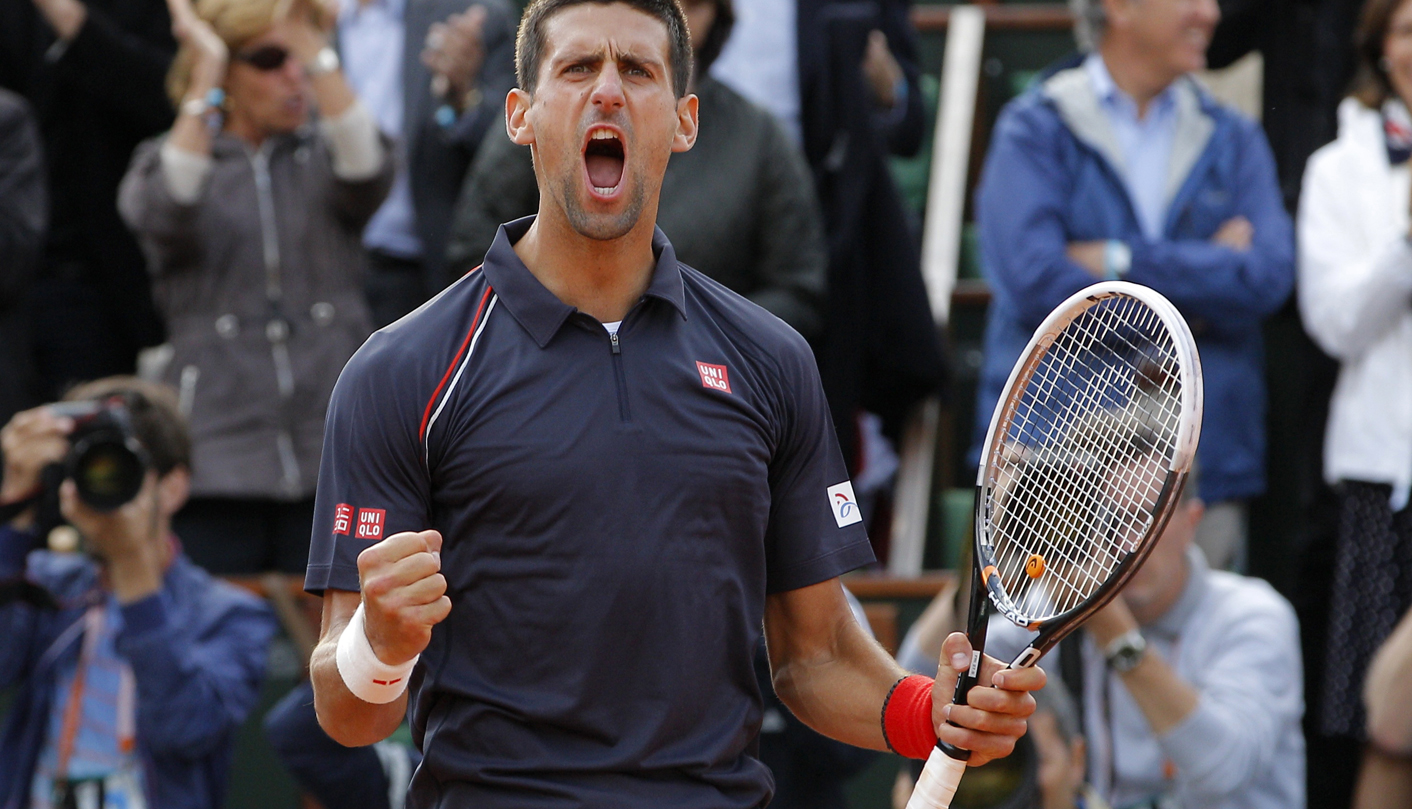 No man has won seven French Open titles and no man in 43 years has won four grand slams in a row - and only one of these dreams will be realised at the French Open after Rafa Nadal and Novak Djokovic on Friday set up a lip-smacking final showdown. By Pritha Sarkar.

Djokovic claimed he was “not good with numbers”, but even he knew how high the stakes were as he turned what should have been a tug-of-war semi-final against Roger Federer into a one-way 6-4 7-5 6-3 romp.

The top seed’s reward for reaching his first French Open showpiece was a Sunday date with Nadal – a man Martina Navratilova calls an “amazing” claycourt “anomaly” – after the Spaniard pulverised his “good mate” David Ferrer 6-2 6-2 6-1.

In his first grand slam semi-final, Ferrer must have felt like an imposter among the three kings of the sport – who between them have won 27 of the last 28 majors. Unfortunately for Ferrer, Nadal did not come bearing any gifts for his friend.

In fact being Nadal’s friend is turning out to be a dangerous business at Roland Garros this year.

Ferrer entered the arena with a 1-12 claycourt win-loss record against Nadal. His hazy memory of that solitary victory was of little help on Friday as it was eight years ago when Nadal was still an 18-year-old tyro who had not yet been let loose on the red clay at Roland Garros.

If there was any doubt how much Nadal hungers for that seventh title, one incredible 34-shot rally on Friday summed it up.

Chasing after a Ferrer backhand, Nadal fell to his bottom, but still managed to hit a backhand dropshot, bounced back on his feet to hit a lob and then pumped his fist after watching his opponent smack the ball into the net.

It was no wonder a shell-shocked Ferrer looked crushed.

So much for a player who Nadal said possessed a game that “bothers everybody because he’s one of the best players in the world.”

But Nadal is not “everybody”.

He is the man who has a jaw-dropping 51-1 record at Roland Garros.

He is the man who reached a record seventh Roland Garros final.

He is the man who now stands just three sets away from becoming the first male to win a record seventh Musketeers’ Cup.

He is the man who has won all 18 sets he’s played in Paris this year.

As Ferrer had predicted: “Winning a match against Rafa is almost impossible”.

A merciless Nadal teased Ferrer in the opening set, tortured him during the second before sucking the life out of the sixth seed in the third to wrap up victory with a forehand winner.

His game must be close to perfection, right?

“Perfection, in my opinion, doesn’t exist,” was Nadal’s deadpan response.

While few fans or pundits had given Ferrer any prospect of becoming the first 30-something man to reach the final here since Andres Gomez won the title in 1990, no one had written off Federer’s chances of following in the Ecuadorean’s footsteps.

Afterall, this was the man who had ended Djokovic’s 43-match winning streak at the same stage here 12 months ago, the last time the Serbian had been beaten in a major.

He was up a break in the opening set, up a double break in the second set, but Djokovic knew that winning four in a row is a once-in-a-lifetime opportunity and he could not be denied.

After watching Federer dump a service return into the net, a wide-eyed Djokovic repeatedly thumped his chest with his fist knowing he stood just three sets away from joining a club that even his Swiss rival and Nadal were barred from entering.

Australian great Rod Laver was the last man to pull off the feat in 1969, the same year American Neil Armstrong became the first man to take “one small step for a man, one giant leap for mankind.”

Since then 11 astronauts have also walked on the moon, but no male tennis player has emulated Laver.

“If it hasn’t been done in 43 years, you get the idea it’s tough,” assessed John McEnroe.

Djokovic, who will be riding on a 27-match winning streak in the slams when he faces Nadal in a fourth successive major final added: “I have this golden opportunity to make history. This motivates me. It really inspires me.

“I believe I’m at the peak of my career. I’m playing the best tennis of my life in last year and a half, and I should use that. I should use that as a confidence boost and try to get my hands on title.”

“I know that I have to be playing consistently well at a very high level in order to win best-of-five against Nadal here. It’s the ultimate challenge.” DM