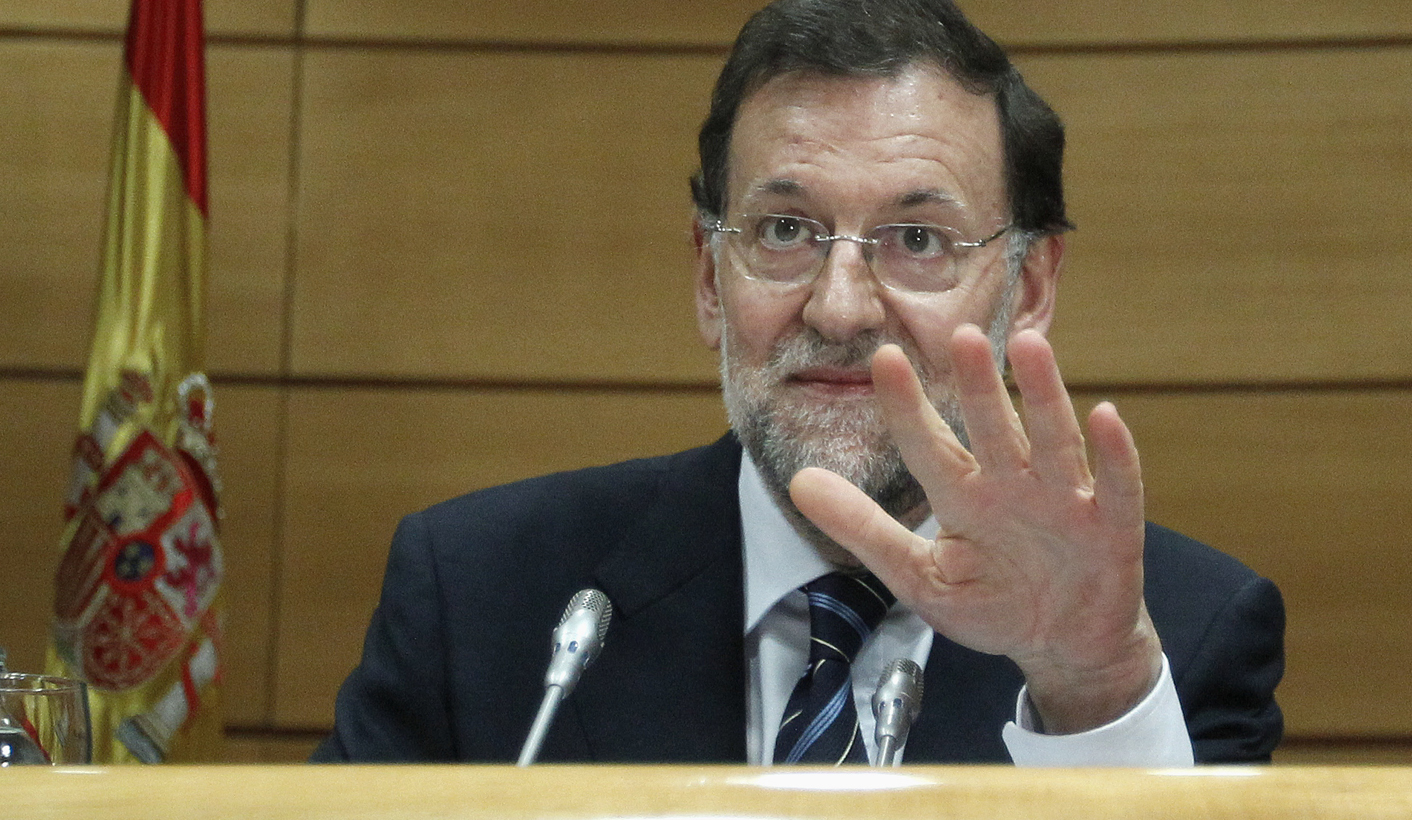 Spain is expected to request European aid for its ailing banks at the weekend to forestall worsening market turmoil, becoming the fourth and biggest country to seek assistance since the euro zone's debt crisis began, EU and German sources said.  By Julien Toyer and Matthias Sobolewski.

Two senior EU officials said finance ministers of the 17-nation single currency area would hold a conference call on Saturday to discuss a Spanish request for an aid package, although no figure had yet been set.

The Eurogroup would issue a statement after the meeting, they said.

“The announcement is expected for Saturday afternoon,” one of the EU officials said.

The move comes after Fitch Ratings slashed Madrid’s sovereign credit rating by three notches to BBB from A on Thursday, highlighting Spain’s exposure to its banks’ bad property loans and to contagion from Greece’s debt crisis.

“The government of Spain has realised the seriousness of their problem,” a senior German official said.

He added that an agreement had to be reached before a Greek general election on June 17 which could lead to Athens leaving the euro zone if parties opposed to the terms of an EU/IMF bailout win.

There was no immediate official comment from the Spanish government. The EU and German sources spoke on condition of anonymity due to the sensitivity of the matter.

Fitch said the cost to the Spanish state of recapitalising banks stricken by the bursting of a real estate bubble, recession and mass unemployment could be between 60 and 100 billion euros ($75 and $125 billion).

An International Monetary Fund report, due to be published on Monday, is expected to estimate Spanish banks’ capital needs at a lower figure of 40 billion euros, but market conditions have deteriorated since that data was collected, officials said.

European shares and the euro fell on Friday amid mounting concern over Spain following the Fitch downgrade.

While Spain would join Greece, Ireland and Portugal in receiving a European bailout, officials said the aid would be focused only on its banking sector, without taking the Spanish state off the credit markets.

Any political conditions would be light, related to the banks and would probably not add to the austerity measures and structural economic reforms which Prime Minister Mariano Rajoy’s government has already put in place, EU and German sources said.

The European Commission and EU paymaster Germany both agreed in principle last week that Spain should be given an extra year to bring its budget deficit down below the EU limit of 3 percent of gross domestic product because of a deep recession. DM