Israel-Palestine conflict comes to Cape Town – over a film 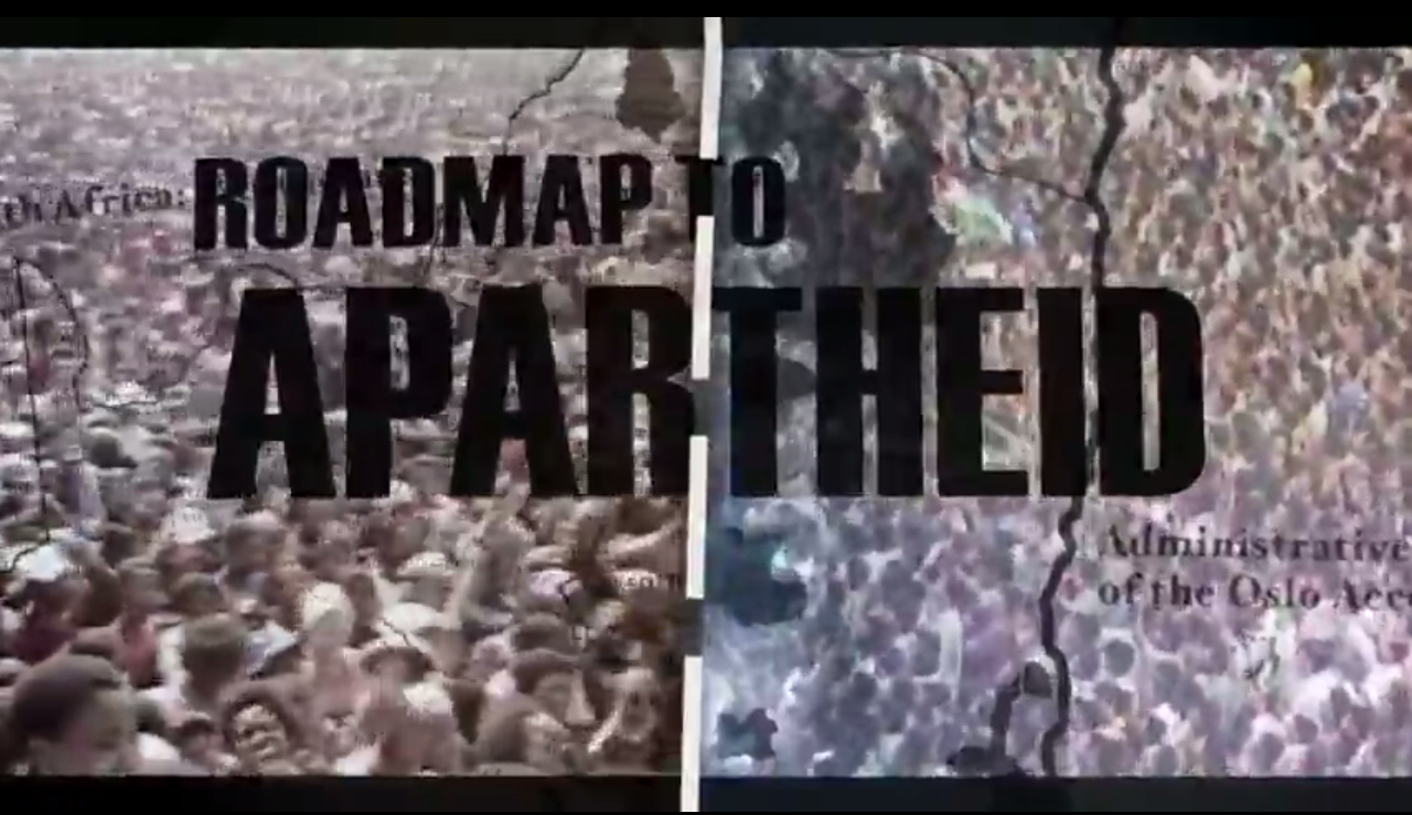 One documentary is causing a lot of bother in Cape Town at the moment. Roadmap to Apartheid, a film about the plight of Palestinians, was pulled at the last minute from its scheduled screening at the independent Labia Theatre on Thursday. This was the second time round. It’s a story as knotty and tangled as Israel-Palestine itself. By REBECCA DAVIS

The saga began in February. The Palestine Solidarity Committee approached the Labia Theatre to ask whether they could screen the documentary Roadmap to Apartheid.

As its title suggests, the film draws parallels between the situation of Palestinians currently and that of black South Africans under apartheid. The filmmakers’ blurb admits that the apartheid analogy is “not perfect”, but they consider the comparison “a useful framework by which to educate people on the complex issues facing Israelis and Palestinians”.

The documentary, which was directed by South African-born Ana Nogueira and Israeli-American Eron Davidson, has picked up a couple of gongs at international film festivals and comes with a fair amount of clout behind it. It is narrated by The Colour Purple author Alice Walker, and has ringing endorsements from Desmond Tutu and writer Naomi Klein.

The Labia, named after an aristocratic Italian family rather than anything more risqué, agreed to screen the film on 4 March. Then they changed their mind. The Palestinian Solidarity Campaign released a statement at the time announcing that: “The PSC was informed a few days ago by the Labia management that the venue will no longer be available as it does not want to offend some of its clientele. As far as we are aware, the Labia management has not actually seen the film so we are not sure what their assessment is based on.”

The PSC accused the Labia of caving in to “the influence of the local Zionist lobby”, which they claimed has “successfully created a climate of fear and intimated establishments like the Labia not to provide a democratic space for the public to get a fuller and more truthful picture of the situation in Palestine”.

Julie Berman, director of the Cape Town Zionist Federation, told the Daily Maverick that this was not the case. “I can categorically, absolutely state that there was no pressure whatsoever put on the Labia by the Zionist Federation,” she said. “The first we even heard about this whole issue was when we read about it in the Cape Times.”

Berman said she personally believed that the Labia was being vilified in this matter because the cinema is Jewish-owned. “Ster-Kinekor and Nu Metro were also approached to screen the movie in March, and both declined, but nobody focused on that.”

The Right2Know campaign offered to step in to help, and played a mediating role between the Labia and the PSC. The solution the three parties agreed upon was as followed: the film would be screened, but it would be free of charge and presented in a more balanced context by following the screening with a panel discussion featuring representatives from both sides of the debate.

The film was then scheduled for Thursday, 7 June. This agreement didn’t please everyone. The Workers International Vanguard Party put out a statement calling for a “total boycott of the screening of the movie under the eyes of the Zionists”, and accused R2K of “promoting Zionism and fascism” by giving a platform to Zionists.

Nonetheless, the film was advertised as going ahead on 7 June – until the Zionist Federation turned down the invitation to participate in the panel discussion, after which the Labia pulled the plug once again.

Why would the Zionist Federation decide not to take part in the discussion? “We feel it’s a totally biased film, heavily weighted towards one side, and has no legitimacy,” Berman told the Daily Maverick. “For this reason, we saw no value in participation and saw no likelihood that it would generate any intelligent debate on the matter.”

Without the participation of the Zionist Federation, the screening was cancelled. The R2K campaign responded on Wednesday by saying they were “alarmed” by the decision and called on Capetonians to participate in a protest outside the Labia at 17:30 on Thursday to demand that the film be screened “in support of the freedom of expression and the people of Cape Town’s right to know”. They added that, if the Labia failed to go ahead with the screening, “the Labia’s proud history of being one of the few alternative cinemas in Cape Town will be muddied”.

On a very rainy Thursday morning, the PSC’s Martin Jansen told the Daily Maverick that the protest would go ahead. “We’re going to bring the DVD, and we’re going to demand that they screen it as per our agreement.” But the agreement was based on the idea that the panel discussion would include representatives from both sides, not so? “Well, yes,” Jansen said. “But there was no agreement that if one side pulled out, the whole screening would be cancelled.”

He said the film should be screened not only to “expose the world to what is happening in Palestine, which many of us think is worse than apartheid”, but also as a freedom-of-expression issue. “We think, generally speaking, there is a media bias which favours Israel,” he said. “And in terms of the Brett Murray issue and so on, we see increasing conservatism, and spaces being closed down, and we think this cannot be allowed, whether it comes from the government or from the Labia.”

Jansen said he was “fairly convinced” that Zionist lobby groups had exerted pressure on the Labia not to screen the film, though he admitted that he had no evidence for this. The Daily Maverick couldn’t get hold of Labia manager Ludi Kraus yesterday, after repeatedly being given incorrect cellphone numbers for him. But speaking to the Mail & Guardian on Wednesday, Kraus echoed the Zionist Federation’s denial that any pressure had been placed upon the cinema by external parties, saying that the film’s cancellation was purely a “business decision”. He then appeared to contradict this by describing the film as “unbalanced” and saying that “we needed to be able to answer to our patrons”.

Despite the miserable weather, about 35 protestors turned up outside the Labia on Thursday afternoon, 45 minutes before the film had been scheduled to start. They held signs saying “The Labia supports Zionism and oppression of Palestinians” and “Ban Labia censorship”. The intention of forcing the cinema to screen their DVD came to naught, however, since the Labia was dark and shuttered. R2K’s Alan Storey, also the minister at the Central Methodist Church, announced to the group that the film would indeed be screened that evening, but at the Central Methodist Mission in Green Point.

What about the Labia’s right, as a private cinema, to accept or reject films as it sees fit?