Euro 2012: Poland held by Greece as two sent off

Euro 2012: Poland held by Greece as two sent off 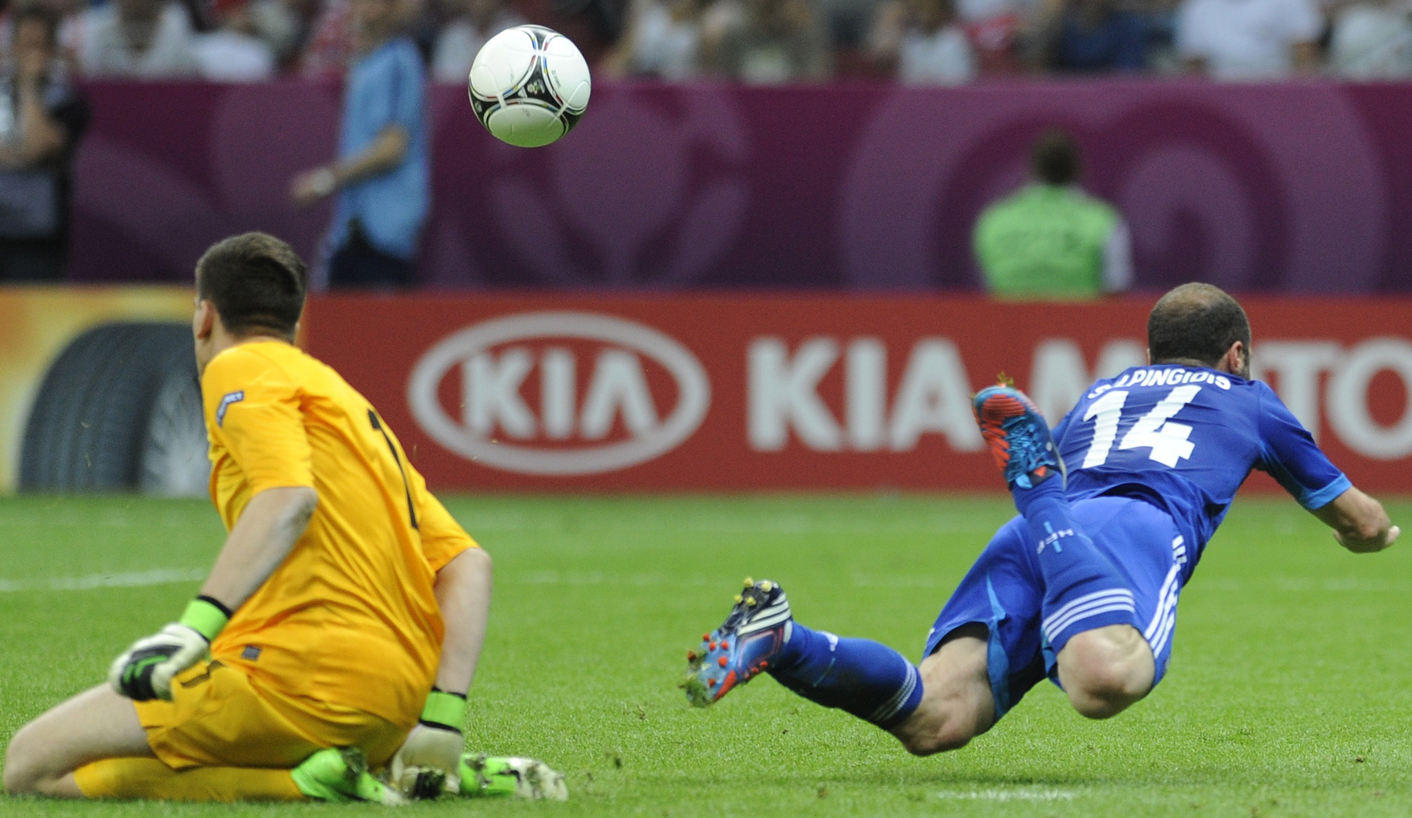 Greece substitute Dimitris Salpingidis scored a second-half equaliser to earn a 1-1 draw with Euro 2012 co-hosts Poland in a pulsating opening match on Friday in which the Greeks missed a penalty and both sides finished with 10 men. By Justin Palmer.

Poland’s hopes of a successful start were lifted when talismanic striker Robert Lewandowski, the key to their chances of advancing from Group A, was left unmarked to head home a right-wing cross after 17 minutes.

But 2004 champions Greece, who had defender Sokratis Papastathopoulos harshly dismissed just before halftime for a second yellow card, dampened the spirits of an expectant crowd when Salpingidis rifled home six minutes into the second half.

Poland, rampant in the opening 45 minutes, ran out of steam and were grateful to substitute keeper Przemyslaw Tyton who saved Giorgos Karagounis’s 70th minute penalty awarded after starting keeper Wojciech Szczesny was shown a straight red card for bringing down Salpingidis.

Poland, the lowest-ranked team in the tournament who have only played friendlies since losing to Slovakia in their final 2010 World Cup qualifier in October 2009, had made a bright start under a closed roof at the National Stadium.

Roared on by 56,000 vociferous Poles, Rafal Murawski forced Greece keeper Kostas Chalkias to tip over his shot from the edge of the box before Maciej Rybus fired wide from a similar position.

Greece, who boasted an almost water-tight defence in qualifying, looked disorganised and shaky at the back.

Lewandowski was inches away from meeting Lukas Piszczek’s inviting cross from the right, the pair having honed their understanding with success at Borussia Dortmund in Germany.

But Lewandowski did not have to wait long to give Poland the lead when his downward header bounced high into the net beyond the flailing Chalkias who had been left exposed.

Greece then suffered another blow when centre back Papastathopoulos, booked earlier for impeding Lewandowski, was shown a second yellow card just before halftime for the slightest of nudges on Murawski.

The Greeks were further angered in the closing seconds when Poland defender Damien Perquis appeared to handle but their penalty claims were waved away by Spanish referee Carlos Velasco Carballo.

Down to 10 men, Greece were handed an equaliser after 51 minutes when Szczesny, perhaps distracted by one of his own defenders who came across him, failed to reach Vassilis Torosidis’s cross and halftime substitute Salpingidis pounced.

Szczesny compounded his mistake by then fouling Salpingidis and was promptly shown a red card but his replacement Tyton dived low to his left to keep out Karagounis’s spot kick. DM