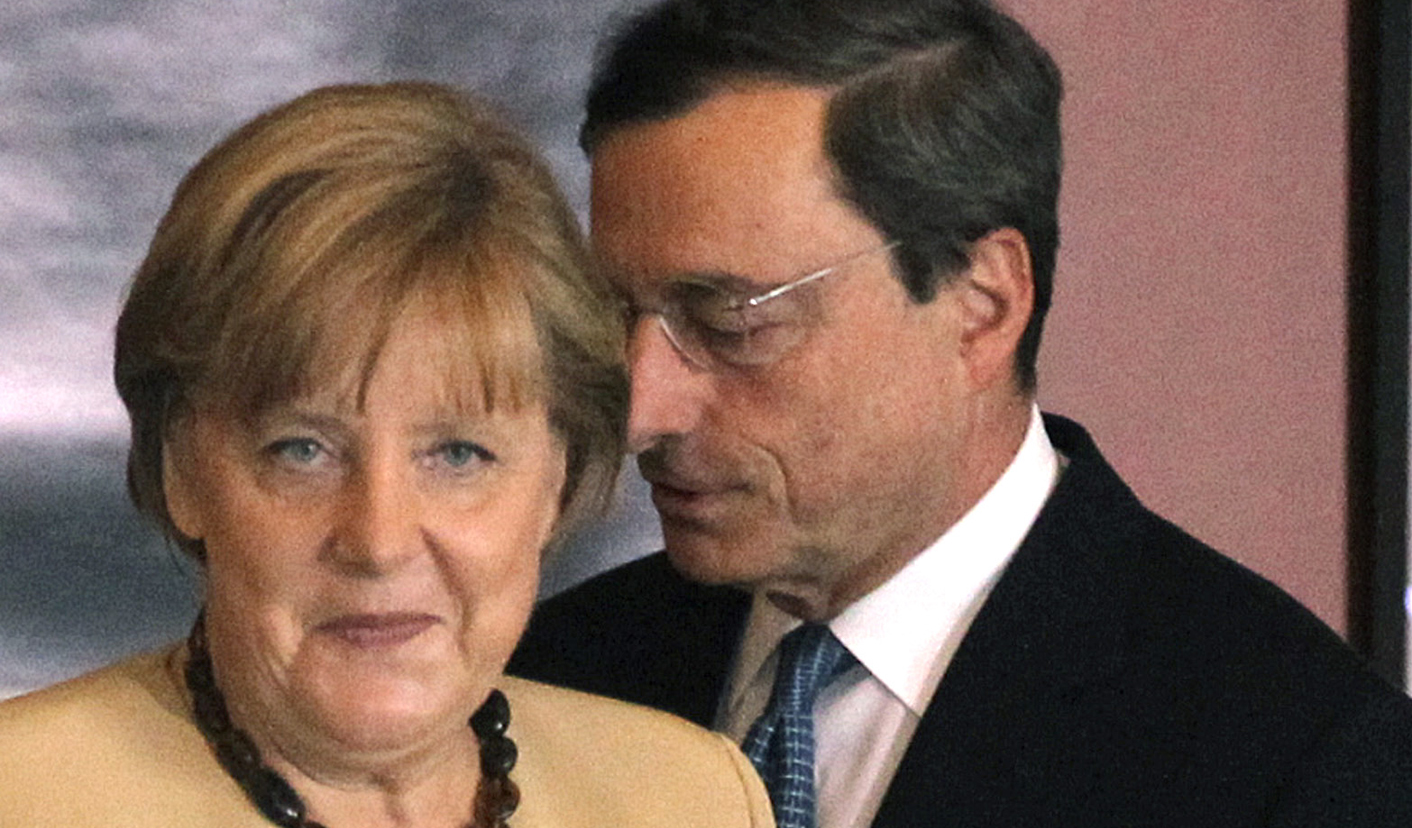 Germany and European Union officials are urgently exploring ways to rescue Spain's debt-stricken banks although Madrid has not yet requested assistance and is resisting being placed under international supervision, European sources said on Wednesday. By Julien Toyer and Annika Breidthardt.

Spain, the euro zone’s fourth biggest economy, said on Tuesday it was effectively losing access to credit markets due to prohibitive borrowing costs and appealed to European partners to help revive its banks.

The European Central Bank dashed investors’ hopes of an easing of monetary policy or another flood of cheap liquidity for banks despite saying that the euro zone money market has again become “dysfunctional”. The ECB left interest rates on hold at 1 percent at its monthly meeting.

The move raised pressure on EU political leaders to outline a solution to the bloc’s festering debt crisis at a summit later this month, which is being watched closely in the United States and other global powers anxious about a sluggish world economy.

Spanish Economy Minister Luis de Guindos said after talks at the European Commission on Wednesday there were no immediate plans to apply for a bailout. Spain would await the results of an IMF report and an independent audit of the banking sector, both due this month, before taking decisions on how to recapitalise the banks, he said.

ECB President Mario Draghi said financial markets were not wrong to be worried about the future of the euro zone but they underestimated the political commitment backing the single currency. He welcomed EU leaders’ agreement to step up work on a long-term vision for a full economic and monetary union.

“Some of the problems in the euro area have nothing to do with monetary policy,” he told a news conference. “I don’t think it is right for monetary policy to fill other institutions’ lack of action.”

Acknowledging that the rate-setting governing council’s decision was not unanimous, he said “a few members, I would say not many” had wanted a rate cut on Wednesday.

Asked whether the central bank would take supportive action if the EU summit agreed to move towards a fiscal and banking union, he said there was no such “horse-trading” but the ECB would monitor developments and stood ready to act.

The European Commission proposed far-reaching powers for regulators to take control of failing banks, a first step towards a euro zone banking union. But the measure first has to be turned into law by EU governments and the European Parliament and may not take effect until 2015, too late to help Spain with its current banking crisis.

Sources familiar with discussions in Berlin and Brussels said intensive contingency planning was already under way for EU aid to Spain. Lawyers were examining the fine print of European treaties to see how Madrid could get money from the euro zone’s rescue funds without the stigma of a full economic adjustment programme, they said.

German officials said the aim was to avoid the embarrassment of Spain having to adopt new economic reforms imposed from outside and monitored by European and International Monetary Fund inspectors, as occurred with Greece, Portugal and Ireland.

With an IMF report on Spain’s banking sector due next Monday, some sources hinted there could be intensive preparatory talks at European level at the weekend.

In public, a German government spokesman repeated that it was up to Spain to decide whether to seek help from the euro zone’s EFSF rescue fund. The ECB’s Draghi took the same line.

European shares and the euro trimmed gains after the ECB decision to leave rates on hold despite a stagnant euro zone economy, which only just avoided a technical recession in the first quarter of this year.

Sources in Berlin said the German Finance Ministry believes the euro zone’s permanent rescue fund, the 500-billion-euro ($625 billion) European Stability Mechanism, due to enter into force next month, could lend directly to Spain’s FROB bank rescue fund. EU lawyers are not convinced this would be legal.

One advantage would be that smaller euro zone countries such as the Netherlands or Finland could not hold up a loan since approval by the ESM board does not require unanimity.

A series of reforms to Spain’s financial system have failed to persuade investors that huge losses from a 2008 property market crash have been fully addressed, and doubts about the cost of a final rescue have deepened the euro zone debt crisis.

Finance chiefs of the Group of Seven major economies, afraid of a possible run on Spanish banks, held urgent but inconclusive talks on the European situation on Tuesday.

“The market’s expectation regarding further policy action globally is picking up,” said Ian Stannard, an executive director at Morgan Stanley.

Underlining the dangers to the entire 17-nation zone of inaction, Moody’s Investors Service cut the credit ratings of several German and Austrian banks, citing the greater risk of further shocks stemming from the region’s debt crisis. Germany is the single currency’s strongest economy.

Spain is the latest member of the euro area under pressure to accept international aid following financial rescues of Greece, Ireland and Portugal in the two-year debt crisis.

The premium investors demand to hold its 10-year debt over the German equivalent hit a euro era high last week on concerns it will eventually have to accept a Greek-style bailout.

In the first public German pressure for Spain to apply for a bailout, the parliamentary floor leader of Chancellor Angela Merkel’s conservatives said: “I think Spain needs to come under the rescue umbrella, not because of the country (the state budget) but because of its banks.”

Volker Kauder, who is close to Merkel, told ARD television he did not believe Madrid could receive direct aid for its banks from the euro zone rescue fund and insisted that assistance to the state would entail the usual policy conditions.

“RUNNING OUT OF RUNWAY”

The U.S. Treasury, which chaired the G7 phone hook-up, said in a statement that the group’s finance chiefs had discussed “progress towards a financial and fiscal union in Europe” and agreed to monitor developments closely. But the group made no joint statement and took no immediate steps.

The United States, which is pressuring European governments to take a bold step toward financial and fiscal union, would like to see the makings of a plan by a G20 summit in Los Cabos, Mexico, on June 18-19.

U.S. President Barack Obama, whose re-election chances this year could be jeopardised by another global financial crisis, has been anxious not to be seen dictating to Europe.

On Wednesday, however, he spoke separately to Merkel and Italian Prime Minister Mario Monti. Obama’s spokesman said: “The leaders agreed on the importance of steps to strengthen the resilience of the euro zone and growth in Europe and globally.”

Canadian Prime Minister Stephen Harper had been more forthright on Tuesday: “I don’t want to sound too alarmist,” he said. “But we are kind of running out of runway here.”

EU leaders meet on June 28-29 to discuss a strategy for overcoming the crisis, which began in late 2009 when Greece revealed it had covered up a huge budget deficit.

Spain will test the market on Thursday by issuing up to 2 billion euros ($2.5 billion) in government bonds at auction. DM