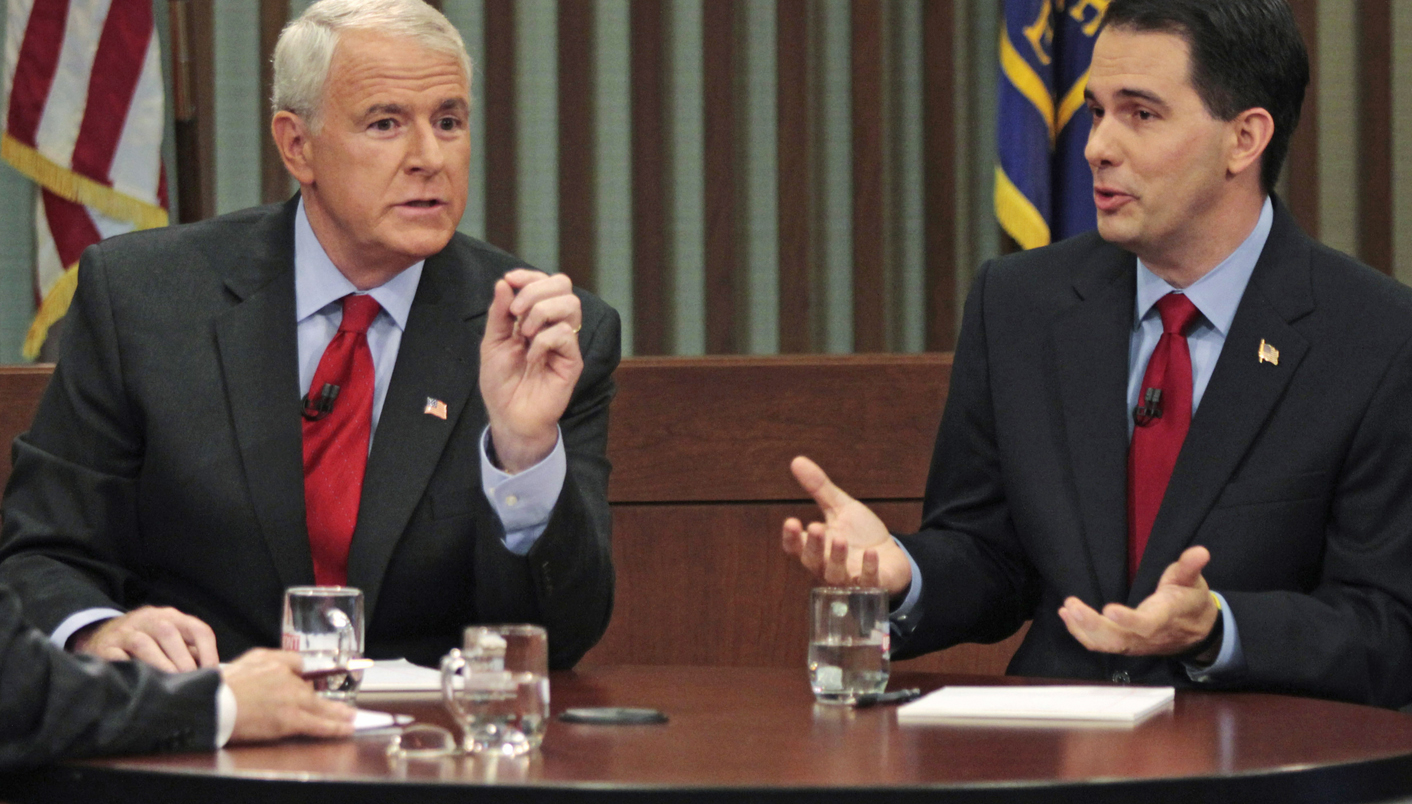 Political activists converged on Wisconsin on Sunday to join get-out-the-vote efforts two days before a historic recall election for Republican Governor Scott Walker that is seen as a test for November's presidential race. By Brendan O'Brien

Walker enraged the labor movement last year when he eliminated most collective bargaining rights for public sector unions as part of a push to limit government and slash spending in the politically divided state.

Some observers are calling the June 5 vote the second most important U.S. election of the year.

All over the Midwestern state – known for its dairy farms, factories and the revered Green Bay Packers NFL football team – political professionals and volunteers fanned out to ensure their supporters made it to the polls on Tuesday.

“It’s really about the future of this state,” said Bob Peterson, the president of the Milwaukee Teachers’ Education Association as he grilled hamburgers on Saturday for volunteers who will try to boost the anti-Walker vote.

Civil Rights activists Reverend Jesse Jackson from Chicago and Al Sharpton from New York, both aligned with the Democratic Party, will be in Milwaukee, the state’s largest city, to try to spur a strong turnout by black voters.

If he is defeated, Walker would become the third state governor recalled from office during his term, after North Dakota’s Lynn Frazier in 1921 and Gray Davis of California in 2003.

Polls show a close race although Walker has held a single-digit lead since the recall date was formally set, and there are almost no undecided voters. The focus is on voter turnout in a state with a history of high voter participation.

During an appearance Sunday on the CNN’s “State of the Union” program, Barrett said a tracking poll he’d seen two nights ago showed him just “one vote behind (Walker). Not one percentage point behind but one vote behind.”

Most members of state and local government unions, who took an effective pay cut when Walker’s law forced them to pay more for their health insurance and pensions, believe he balanced the budget on their backs. The law also made paying union dues voluntary and forced unions to recertify annually.

Thousands of people protested the measures last year, which Walker said were needed because of a tough economic environment.

Kelly Heigl, a school teacher, said on Saturday that she feared public education would be crippled in Wisconsin if Walker remained in office.

“I am so, so excited because we are so close and I feel a big victory coming on,” Heigl said, as she sat in her vehicle with “Teachers for Barrett” written on the windows.

A year ago it looked like Walker would be ousted in the recall because of the protests and the unions’ reputation for being able to galvanize pro-labor voters. Nearly a million people signed petitions calling for the governor to go.

But conservatives and Republicans around the country have rallied to Walker’s side. A parade of Republican luminaries have appeared with Walker in Wisconsin, including New Jersey Governor Chris Christie, Louisiana Governor Bobby Jindal and South Carolina Governor Nikki Haley.

Walker has traveled the country, raising some $30 million in political donations, more than half from out of state sources such as the conservative Koch brothers of Koch Industries, a multinational conglomerate. Barrett has raised about $4 million.

Victoria Marone, who has several “Stand With Walker” signs in the yard of her Milwaukee home, said on Saturday she was worried that the massive union effort could still overcome Walker’s efforts.

“Unions … are like rabid dogs with their jaws clenched down on your arm and won’t let go,” said Marone, who was a school teacher for more than 50 years.

Walker far outspent Barrett and the Democrats on television advertising in the run-up to the recall.

John Larrabee, a truck driver who also had a “Stand with Walker” sign in his Milwaukee yard, said he agreed with Walker that joining a union should be voluntary.

“This is class warfare,” Larrabee said. “They’re trying to pit those that are successful with those that want to sit on their butt.”  DM