Plane crashes in Nigeria’s Lagos with 147 on board 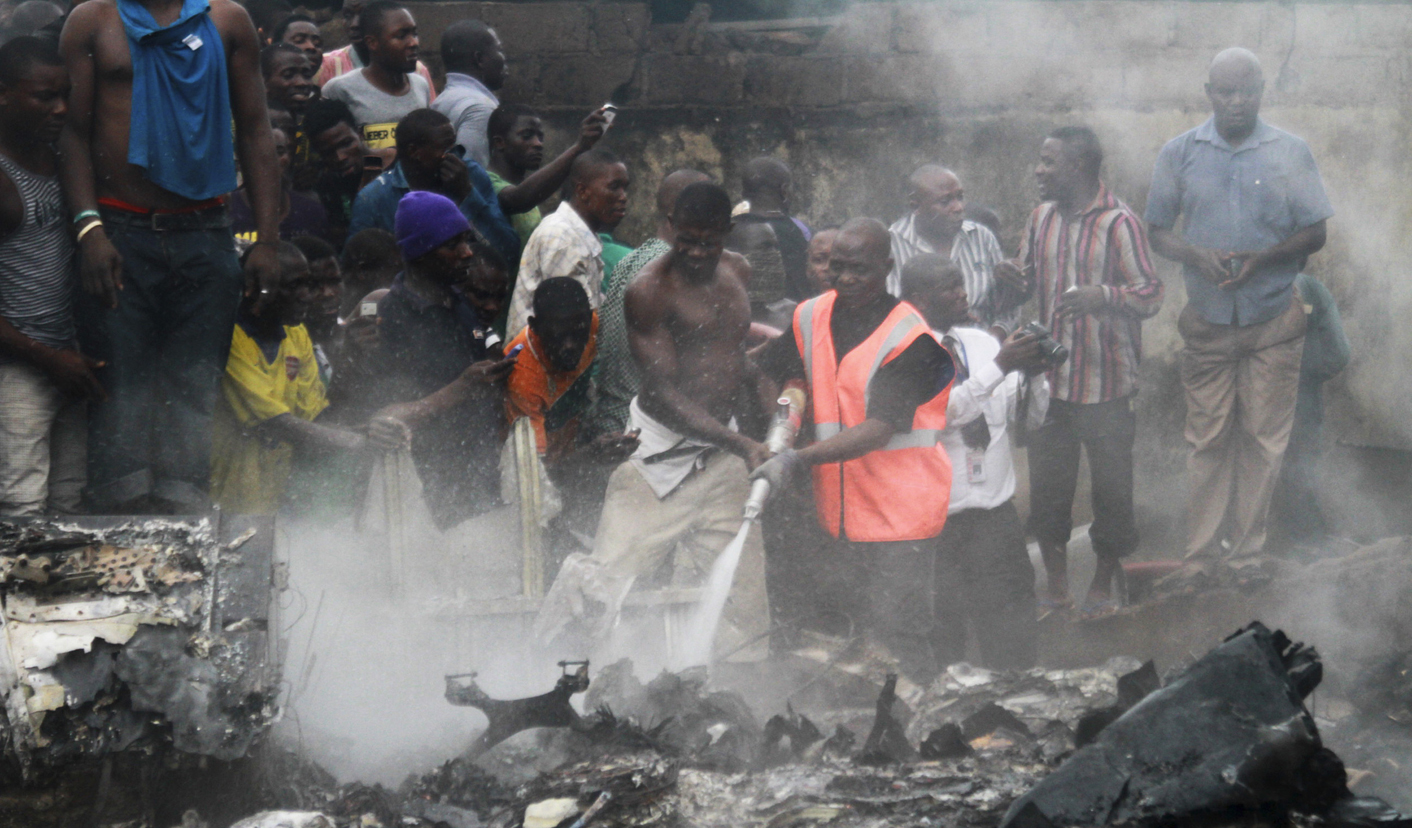 A passenger plane carrying nearly 150 people crashed into a densely populated part of Lagos on Sunday, in what looked like a major disaster in Nigeria's commercial hub. By Tim Cocks

There were no survivors among the 147 people on board a domestic passenger aircraft that crashed in the Nigerian city of Lagos on Sunday, an official of the National Emergency Management Agency (NEMA), told Reuters. Thousands of people crowded around a smouldering two-story tin-roofed building into which the aircraft had plunged.

The plane, operated by privately owned domestic carrier Dana Air with 147 people on board, was coming into land on a flight from the capital Abuja, officials said on condition of anonymity as they were not authorised to talk to the media.

Police used truncheons to beat back the massed onlookers, trying to make a path for rescue services, but the crowd was so large that ambulances, sirens wailing, were unable to get through.

“This crowd is crazy. The rescuers can’t even get access,” said Jimoh, a local motorbike taxi man who said he had felt a huge thud as the aircraft struck.

The plane burst into flames after hitting the building in the Agege suburb of the city, not far from Lagos’s Murtala Muhammed Airport, witnesses said.

“We heard a huge explosion, and at first we thought it was a gas canister,” said Timothy Akinyela, 50, a local newspaper reporter who was watching a football match with friends in a bar near the crash site in a residential street in a ramshackle part of town where tin-roofed houses line mud roads.

“Then there were some more explosions afterwards and everyone ran out. It was terrifying. There was confusion and shouting,” he said, showing a video of it that he had taken on his phone.

Smoke billowed from the windows and roof of the building that had somehow survived being completely demolished by the crash. Locals climbed on top of walls to try to look in. Bits of the plane were scattered on the muddy ground.

Neither Dana Air nor the civil aviation authority were available for comment.

Air crashes are not uncommon in Nigeria, Africa’s second biggest economy, which has a poor airliner safety record.

Photo: People help rescue workers extinguish a fire after a plane crashed into a neighbourhood in Ishaga district, an outskirt of Nigeria’s commercial capital Lagos June 3, 2012. There were no survivors among the 147 people on board a domestic passenger aircraft that crashed in the Nigerian city of Lagos on Sunday, an official of the National Emergency Management Agency (NEMA), told Reuters. REUTERS/Akintunde Akinleye