(Term)inator 2: Zuma will be back 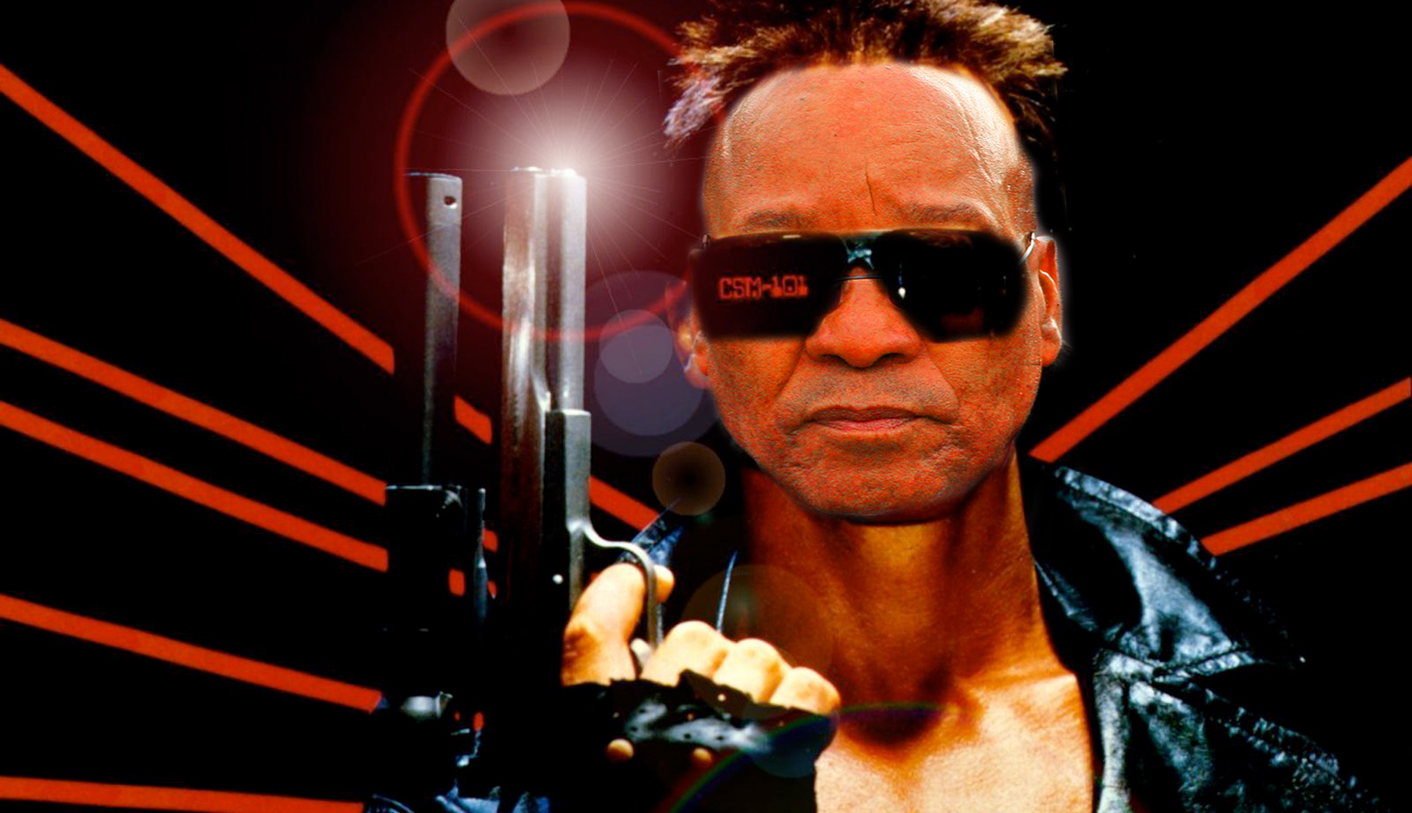 When the DA’s Lindiwe Mazibuko asked President Jacob Zuma not to contest the ANC presidency at Mangaung, she was looking to sting him where it hurt and to provoke a reaction. What she and The Spear controversy have done, though, is strengthen Zuma’s resolve to win a second term. By RANJENI MUNUSAMY.

Although President Jacob Zuma has an enviably thick skin, Cope leader Mosiuoa Lekota touched a nerve on Tuesday when he charged in Parliament that the president had violated his oath of office by failing to uphold the Constitution.

Speaking during a debate on the presidency’s more than R1-billion budget, Lekota said Zuma’s voice had been completely absent during the furore over The Spear painting, and that he had failed to uphold the rights to free expression of the artist, the gallery and the City Press editor.

In a scathing speech that caused pandemonium in the House, Lekota quoted Nelson Mandela to make his point: “I value my freedom but I love yours more”.

The ANC roared in disapproval and higher education and training minister Blade Nzimande demanded that Lekota retract his statement that Zuma had breached his oath of office, saying this was a serious charge and grounds for impeachment.

Lekota’s speech followed that of the Democratic Alliance Leader in Parliament, Lindiwe Mazibuko, who urged Zuma not to seek another presidential term at the ANC’s elective conference in Mangaung in December.

“It is clear to every South African that the president’s failure to lead has paralysed his ability to govern,” Mazibuko said. “I believe the president has failed to provide South Africa with justification as to why he should seek a second term, when his first term has fallen so far short of even the lowest expectations.

“Honourable president, for the sake of our country, will you put aside self-interest and not make yourself available for re-election?” she asked a clearly unamused Zuma.

If the president had applied even a tiny bit of his talent for getting himself out of trouble to some wider national purpose, Mazibuko added, South Africa would have progressed in leaps and bounds by now.

On Wednesday, Zuma came back fighting.

In his reply to the debate, Zuma brought out the big guns: the immortal words of the ANC’s former presidents Pixley ka Seme, Chief Albert Luthuli and Nelson Mandela, who each movingly and poignantly captured the pain and humiliation Apartheid had cast on African people.

“I am reminding the House of this because we should not lose sight of the fact that this country has a history, a very, very painful history whose deep scars still show,” Zuma said.

“We are building a new nation out of a country where to be black meant subjugation, indignity, inhumane treatment, humiliation and dispossession simply because those in power believed that black people were lesser human beings by virtue of their colour and race.”

And for the time since The Spear controversy began, Zuma made clear his own hurt about the demeaning of a black person’s body. “We cannot go back to the period or memory of Number 4 prison, where black men were made to strip naked and perform the tauza dance.

“Nor do we want to re-open the wounds of the humiliation of Sarah Baartman, who was painfully exhibited in London and Paris, and whose genitals and brain were stored in a pickle jar and shown off in a museum until the administration led by President Mandela demanded the return of her remains for a decent burial.

“We dare not repeat that painful, brutal, primitive treatment of a human being,” Zuma said.

With each line Zuma uttered, he seemed to be emboldened. If he often delivers speeches that are rendered meaningless because he is disconnected from the text, Zuma knew exactly what he wanted to say to Parliament and did so in no uncertain terms.

“We will defend all the rights enshrined in the Constitution, including the right to freedom of expression and the right to human dignity. No right is superior to other rights. In the same vein, we must disabuse ourselves of the notion that certain rights are more important to certain sections of South African society than others.

“Freedom of expression is as important and as understood and appreciated in Constantia as it is in Gugulethu,” Zuma said in an elaborate response to Lekota’s accusations.

“No right is absolute. It must be exercised with due regard to the rights of others… No right is so important that it can be used to undermine other rights with impunity.

“And it does not matter who the subject of the violation of any right is. All rights are important and must be respected,” he said.

Bolstered by his response on The Spear, Zuma went on to argue that his government is not doing as badly as Mazibuko made out.

“While we have done remarkably well, as our mid-term review demonstrates, we still have some way to go before Qumbu can look like Rosebank. But we are determined to get there… Indeed, we are a learning government and we improve each day in the delivery of services.

“We know what we are doing, we know where are going and how to get there,” Zuma said.

While not once mentioning Mazibuko by name, he lashed out at the DA’s new drive around the youth wage subsidy. “The matter of the youth, we have been addressing it all the time. Some people have just discovered it now and are running around,” Zuma said off the cuff, comparing this to colonists who claimed to have ‘discovered’ new lands in Southern Africa when people were already living there.

“You seem to be very fond of discovering things… Soon you’ll discover Soweto too,” Zuma said to DA MPs.

“Honourable Speaker, we truly appreciate constructive contributions by members of Parliament which help to improve our work,” Zuma said.

Zuma is well aware that only the ANC can remove him from power – either through a vote in Parliament or at Mangaung. By the way his forces were able to marshal support in the ANC and the alliance in opposition to The Spear and the fierce front presented against the opposition in the parliamentary debate, Zuma knows his support in the party has been reinforced.

He struck exactly the right note by quoting the ANC stalwarts on human dignity and race superiority to invoke popular sentiment among ANC members. The subtext to the speech is that he was the person who would carry on the proud tradition of the ANC’s former presidents to overcome black subjugation.

By refusing to concede his government’s failures and weaknesses, it is clear Zuma intends staying on course and will not take any drastic measures to rock the boat in the critical months before the ANC conference.

Perhaps it was no coincidence that earlier on Thursday, the only serious contender for his job had to cook his own goose by articulating government’s intention to press ahead with the unpopular e-tolling system. Deputy president Kgalema Motlanthe, who chairs the inter-ministerial committee handling the controversy over the plan to implement electronic tolling in Gauteng, was at his diplomatic best in trying to explain that government had no other method to service the debt incurred through the freeway improvement project.

Within an hour of his statements, Cosatu lambasted Motlanthe for saying that a decision taken at a meeting between the ANC and Cosatu on the e-tolls was just a suggestion.

Over the next seven months, all the presidential hopefuls will have to do a delicate egg dance to keep on the right side of ANC members and to stay out of trouble. And one thing is undeniable: Jacob Zuma certainly knows how to dance. DM