Al Shabaab: down but not out after Kenyan victory 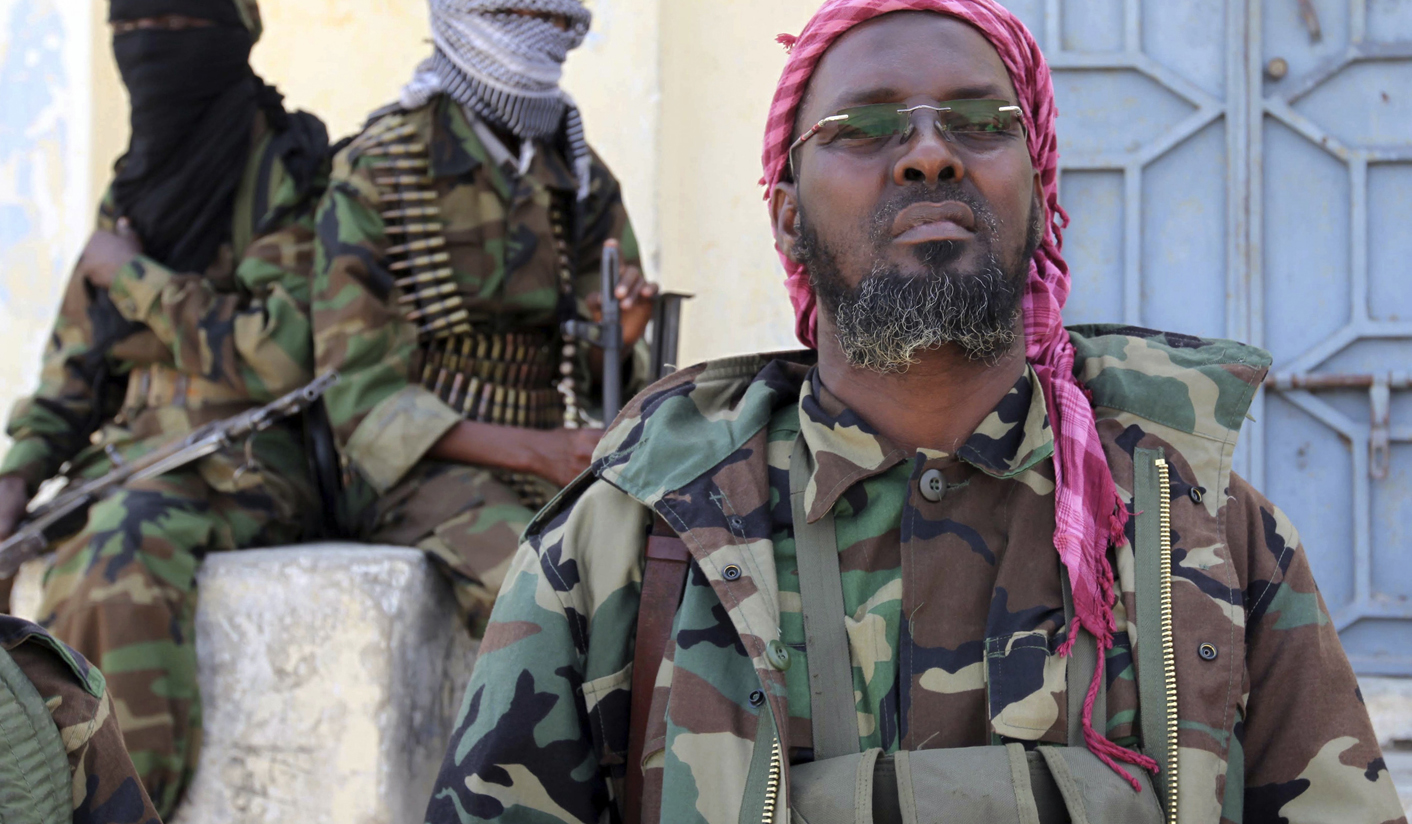 The Kenyan army is celebrating a long-delayed victory over Al Shabaab in Afmadow, which forms part of Al Shabaab’s ‘tactical retreat’. But it might be premature to write off Al Shabaab, even if the Kenyan army has – as Al Shabaab have proved themselves adept enough at Taliban-style guerilla warfare. By SIMON ALLISON.

The Kenyan army announced a major victory in the war against Somalia’s Islamists militant group Al Shabaab on Wednesday. “#AMISOM KDF captures AFMADHOW !!!!” tweeted its excitable spokesperson, Major Emmanuel Chirchir. To clarify what this development actually means, you need to know that Amisom is the African Union force in Somalia, KDF is the Kenyan Defence Force, and Afmadow is a southern Somali town that was a major Al Shabaab stronghold – the place where the militants promised a devastating final showdown.

Kenyan troops have had their eye on Afmadow ever since they initiated their invasion of Somalia in October last year. In truth, they were meant to get there much faster. “Our troops are heading to Afmadow now, and we expect to capture it either today or tomorrow,” said the head of a Somali militia working with the Kenyan army, quoted in the Guardian on October 18, 2011. At that point, they were just 80 kilometres away.

Thwarted by a combination of muddy weather, insufficient manpower, over-stretched supply lines and an enemy fighting on home turf, Kenyan tanks took another eight months to roll down Afmadow’s dusty streets. In the end, the grand showdown promised by Al Shabaab – who were reported to have dug trenches and conscripted hundreds of young men and boys into the town’s defence – never materialised. The militants continued to avoid a conventional fight, preferring to slip away and conserve their manpower and ammunition for the Taliban-style guerilla war which has characterised their response to the joint African Union, Ethiopian and Kenyan effort to destroy them. “First we fought fiercely outside the town, and then our fighters left the town as part of our tactics. However, we shall not stop fighting,” said Sheikh Abdiasis Abu Musab, spokesman for Al Shabaab’s military operations.

This leaves Kenya with no major obstacles between its forces and the port of Kismayo, the de facto capital of the Al Shabaab-run bits of Somalia, and main source of the group’s revenue. This, Kenya predicts, will fall too, and they’re confident enough to have set themselves a deadline: August, before the mandate of Somalia’s interim government expires.

Al Shabaab, however, promise that Kismayo is safe. “We are capable of defending Kismayo and we will also protect our entire country. So long as there are foreign troops in Somalia, we shall not stop fighting,” said Sheikh Daud Omar, an Al Shabaab official based in Kismayo, in an interview with Somalia Report. Sources told Somalia Report that Al Shabaab has based 70 – 80% of its fighting capacity in the power city, lending credence to Al Shabaab’s bravado.

A full frontal attack on Kismayo might be the one thing that will force Al Shabaab to abandon its hitherto effective guerrilla tactics, which have preserved the group’s resources while delivering constant bloody noses to the attacking forces. For example, Amisom claimed earlier this week to have captured Afgoye, a town just a few dozen kilometres from Mogadishu. So confident were they in this important advance that President Sheikh Sharif Sheikh Ahmed took a very rare trip outside the capital to visit the town. On his way back, in supposedly safe territory, his convoy was ambushed by Al Shabaab fighters and the president was lucky to escape with his life. The message is clear: just because Amisom soldiers are in the streets of Afgoye, it does not mean that they are firmly in control.

As the fighting continues, so does the diplomacy. A conference in Istanbul opened on Thursday, where selected Somali leaders and representatives from 54 countries will discuss political solutions to Somalia’s many problems. Needless to say, Al Shabaab was not invited, making the prospect of any meaningful agreement dim at best. This conference is a follow-up to the London conference on Somalia in February, which seemed to pass lots of resolutions without achieving anything meaningful.

Kenya, despite the difficulties, has achieved rather more with its tanks than the politicians have with their resolutions. However, a real solution is impossible without seriously engaging Al Shabaab. Like the Taliban in Afghanistan, who have survived despite everything that the USA could throw at it, Al Shabaab have genuine support in Somalia and are often more trusted than foreign occupiers. They can also melt into the local population at will, and know the lie of the land in a way that Kenyan soldiers – who don’t want to be in Somalia in the first place – can’t hope to match. Kenya’s advances, coupled with Ethiopian and African Union advances in recent months, might have put Al Shabaab on the back foot, but there’s a long way still to go in this war. DM