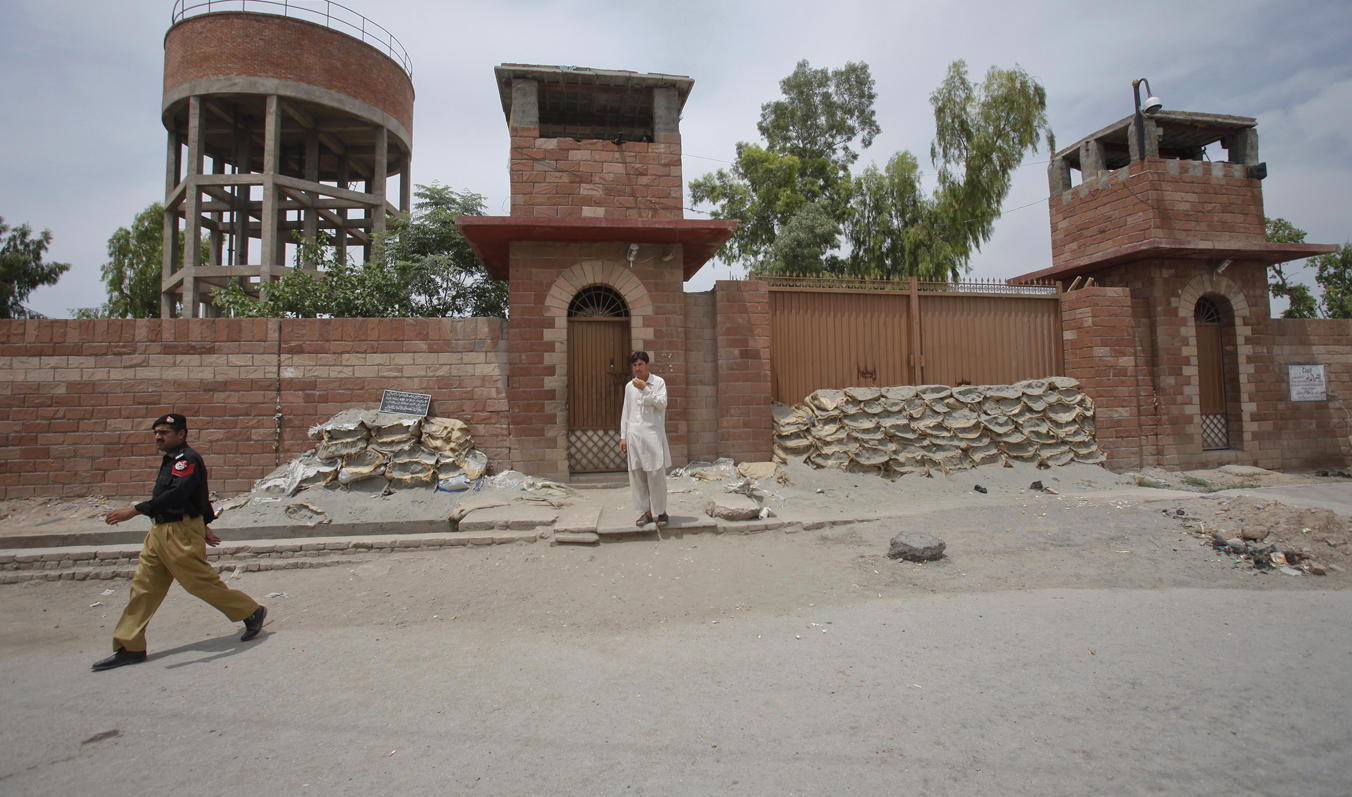 In another twist to a case that is straining Islamabad's ties with Washington, a Pakistani court says the doctor who helped the United States find Osama bin Laden was imprisoned for aiding militants and not for his links to the CIA. By Jibran Ahmad

It is the third different explanation for the 33-year jail sentence handed to Dr. Shakil Afridi.

Last week after his conviction by a court in the Khyber tribal region near the Afghan border, Pakistani officials said the decision was based on treason charges for aiding the CIA in its hunt for the al Qaeda chief.

When that announcement rankled U.S. officials, Pakistan then said the doctor had a history of womanizing.

But the judgment document made available to the media on Wednesday states that Afridi was jailed because of his close ties to the banned militant group Lashkar-e-Islam, which amounts to waging war against the state.

It is unclear why Pakistani officials first said Afridi was jailed over his links to the CIA.

One of the doctor’s lawyers, Samiullah Afridi, was baffled after reading the verdict, which he also received on Wednesday.

“These charges against him are very different from the ones we were told earlier,” he told Reuters.

The government may have wanted to show a largely anti-American public that Pakistan will not tolerate any cooperation with the U.S. spy agency, especially at a time of troubled relations with Washington.

“There was a lot of friction because of this case with the United States. This appears to be an effort to patch things up with the United States, while also satisfying the people of Pakistan that Afridi has been punished,” said Mansur Mehsud, director for research at Islamabad’s FATA Research Center.

“The mindset is being managed, confusion created, about what exactly he has done.”

While the document said there was evidence that Afridi “has been shown acting with other foreign intelligence agencies”, it said the court in Khyber had no jurisdiction to act on that.

The court recommended that the evidence may be produced before an appropriate court for further proceedings.

The Afridi case has further strained ties between the United States and Pakistan, already damaged by a series of events, including a NATO cross-border air attack last November that killed 24 Pakistani soldiers.

U.S. officials hail Afridi as a hero who helped the CIA track down bin Laden, who was killed by U.S. Navy SEALs in a raid in the Pakistani town of Abbottabad in May last year.

Defence Secretary Leon Panetta suggested on Sunday that the jailing of Afridi would hurt efforts to repair relations.

Many Pakistanis were infuriated by the U.S. raid to get bin Laden in a town just a two-hour drive from Islamabad and they see Afridi as a villain who conspired against the state and brought unwanted scrutiny of Pakistan’s attitude to militants.

Pakistani officials describe bin Laden’s long presence in the garrison town of Abbottabad as a security lapse and reject suggestions that members of the military or intelligence services were complicit in hiding him there.

Pakistan joined the U.S. war on militancy after the Sept. 11, 2001, attacks on the United States masterminded by bin Laden. But U.S. officials often describe Pakistan as an unreliable partner and demand tougher action against militant groups based along its border with Afghanistan.

Critics also say the judicial system has failed to take decisive action against militants. Convictions for terrorism are rare in the South Asian nation, recipient of millions of dollars in U.S. aid. Appeals drag on for years.

Pakistan says it has made big sacrifices fighting militants.

The charges of aiding militants could give Afridi a greater chance to successfully challenge the verdict. Pakistan, for its part, can both claim it is cracking down on militancy and ease the outcry in the United States over Afridi’s imprisonment.

Lawyer Samiullah Afridi said the new charges would be easier to appeal.

“The earlier allegations against him were very serious. We deal with issues like this every day in the courts, of people accused of helping militant groups.”

Photo: A policeman walks past Central Jail in Peshawar May 24, 2012. Pakistani authorities have sentenced the doctor accused of helping the CIA find Osama bin Laden to 33 years in jail on charges of treason, officials said, a move that drew angry condemnation from U.S. officials already at odds with Islamabad. Shakil Afridi, who is currently in Central Jail, was accused of running a fake vaccination campaign, in which he collected DNA samples, that is believed to have helped the American intelligence agency track down bin Laden in a Pakistani town. REUTERS/Fayaz Aziz