Sudan pound under pressure after devaluation 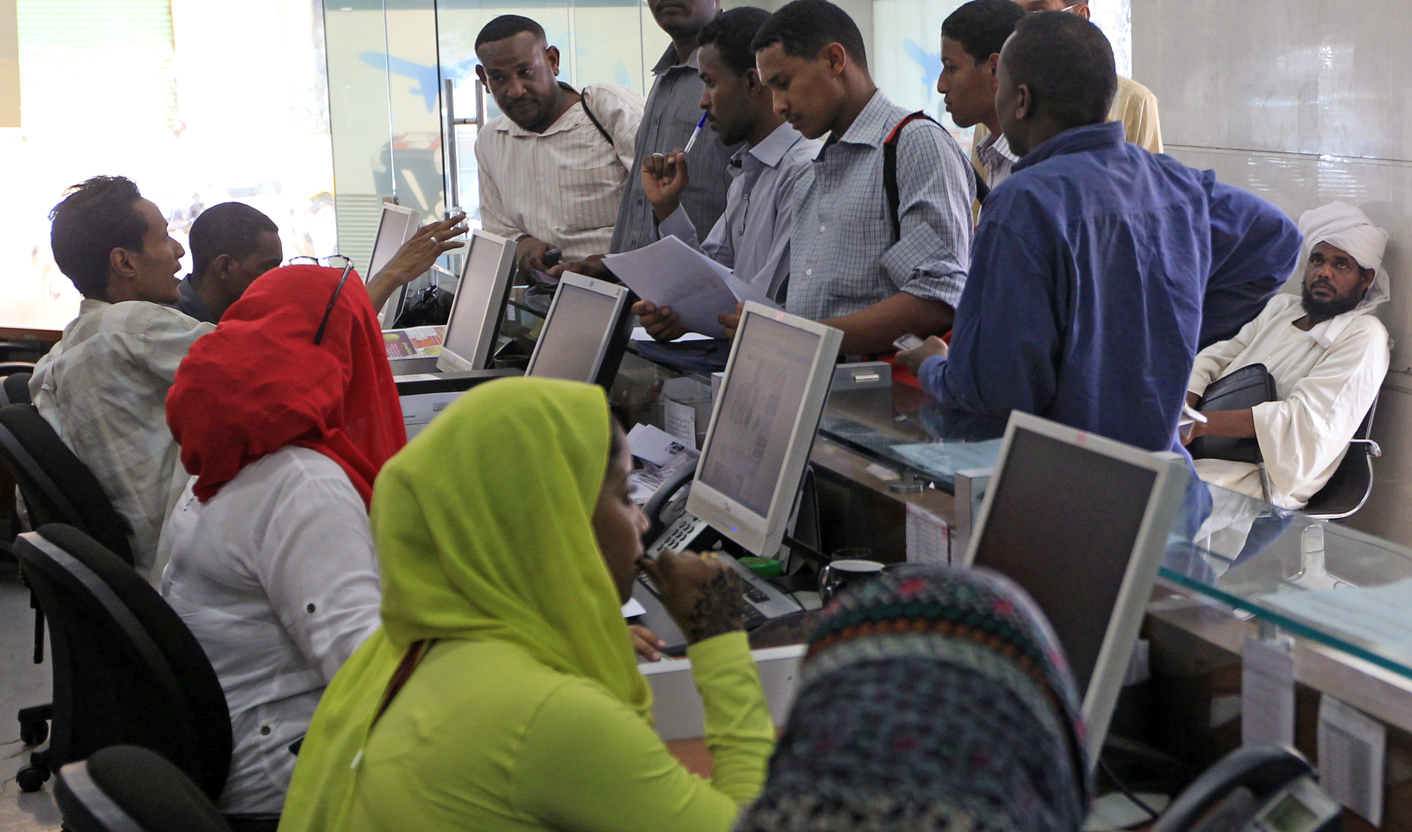 Sudan's pound is under renewed pressure on the black market, with licensed exchange bureaux struggling to meet demand for dollars ahead of the summer travel season, dealers said.

The African country is in a severe economic crisis after losing three-quarters of its oil output to South Sudan, which seceded in July. Crude revenues were Sudan’s main source of state income and foreign currency.

Sudan has avoided an “Arab spring” like Egypt or Tunisia but social pressures and annual inflation close to 30 percent is hurting ordinary people wearied by years of violent conflicts and U.S. sanctions.

Sudan effectively devalued its pound earlier this month by allowing licensed dealers to trade dollars at a devalued rate to stabilise the currency and curb the black market.

Foreign exchange bureaux were trading dollars at a rate of around 5 pounds on Wednesday, according to its business association, compared to the official rate of about 2.7 pounds.

The pound’s decline has driven up inflation because Sudan has to import many of its needs and has also hit foreign companies such as telecoms operators.

Morgan Stanley cut its price target for Kuwaiti cell operator Zain, which has a large operation in Sudan, because it expected the depreciation would undermine earnings.

“We are turning more bearish on Sudan. Our in-depth analysis … suggests high risk of a devaluation of the Sudanese pound as Sudan is under severe economic stress post-partition,” its analysts wrote in a note on Zain.

The central bank had not provided enough dollars to meet demand, driving people back to the black market, dealers said. The central bank has been struggling since July to provide sufficient dollars, a shortage now exacerbated as Sudanese try to get hard currencies for summer vacations.

Black market dealers quoted rates of 5.4 and 5.5 pounds to the dollar on Wednesday, compared to rates between 5.2 and 5.4 last week. Before the new measures the rate had temporarily hit 6.2 when border fighting with South Sudan escalated last month.

“You need to come at 6 a.m. if you want to get dollars. Afterwards it’s often too late,” one owner of a foreign exchange bureau in downtown Khartoum said.

“There is a huge demand for dollars after the new policies were announced but we cannot satisfy it,” said another exchange bureau owner. “Central bank allocations have not increased yet.”

It is unclear how much foreign currency the central bank has at its disposal to supply the market.

Local media quoted the central bank’s deputy governor last week as saying the bank received a “large amount” of hard currency from abroad, but did not elaborate.

Sudanese media have speculated Arab countries such as Qatar or Libya might have given substantial assistance to Sudan, but nothing has been confirmed yet. The central bank could not be reached for comment. DM