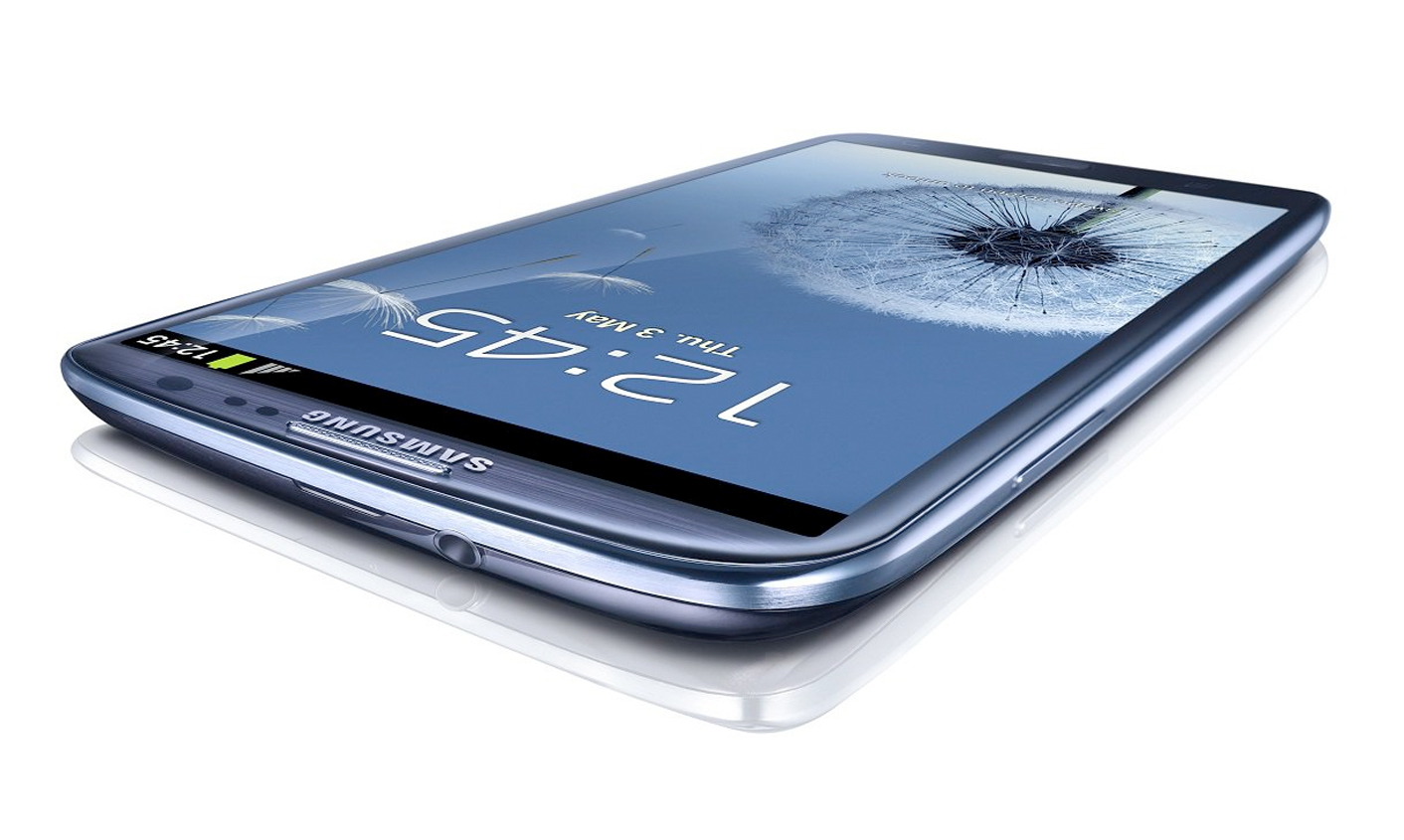 The Galaxy S3, which tracks the user’s eye movements to keep the screen from dimming or turning off while in use, hits stores in 28 European and Middle East countries, including Germany, as Samsung aims to increase its lead over Apple months ahead of its new iPhone, expected in the third quarter.

Samsung has tried to create the kind of frenzy around the launch that has become the norm for Apple’s new gadgets. But some customers will have to wait a couple of weeks to get their phone because of delays in making it in a newly-invented “Pebble Blue” colour.

In Berlin, about 50 customers queued outside the BASE mobile phone shop on Monday night eager to be the first to lay their hands on the S3.

Also in Frankfurt some 100 people were in the queue this morning when the Deutsche Telekom shop on the city’s busiest shopping street The Zeil opened.

“That’s about the same as when the latest iPhone went on sale,” said 21-year old Steven Barth, who was taking orders at the shop. “I think our publicity campaign also helps. We are giving away about a hundred Galaxys today, in this shop.”

Robert, a student from Frankfurt, who declined to give his last name as he should have been studying, said he had already ordered his Galaxy S3.

“I didn’t really like it when Apple was selling the iPhone only via Deutsche Telekom. That’s when I decided to buy a Samsung and never left,” the 28-year old said.

Other Frankfurt cellphone stores were not so busy.

And in Paris, several cellphone stores did not have the S3 and sales assistants said they did not know when they would get it.

“Consumers have been waiting for the Galaxy S3. It’s one of the few emblematic smartphone launches this year,” said Laurent Lame, marketing director of devices for French operator SFR.

He said Samsung was aiming for a similar buzz as with iPhone launches.

“Samsung has closely guarded the details of the phone to create a sense of secrets and confidentiality that then makes the launch into an event. They do ‘teasing’ like Apple does now,” Lame said.

A spokesman for Vodafone in Britain said the device had been the most pre-ordered Android device in its line-up ever.

The smartphone, running on Google’s Android operating system, boasts a 4.8-inch (12.2 cm) screen, one of the largest on smartphones ever, and much bigger than the 3.5-inch display on the iPhone 4S.

Top global carriers – from Britain’s Vodafone to Singapore’s SingTel – have started to promote the S3 aggressively, fuelling speculation the smartphone could top its predecessor, the Galaxy S2’s 20 million sales worldwide.

Samsung itself has said it expects the new flagship model to outsell its predecessor.

Samsung introduced its first Galaxy in 2010, three years after the iPhone’s debut, to counter Apple’s roaring success in smartphones when the troubles of bigger rivals Nokia and BlackBerry maker Research In Motion had started.

“The Galaxy S3 is a real challenger to the upcoming iPhone,” said Francisco Jeronimo, an IDC analyst based in London. “This is likely be one of the most sold smartphones this year, though the real test will come when the next iPhone is launched.”

In the race for global smartphone supremacy, Apple has accused Samsung of copying some of its products. The South Korean company counter-claims that Apple has infringed its patents. Both have denied the allegations, and a long-running court saga continues.

Apple plans to use a larger screen on the next iPhone, according to people familiar with the situation. The current iPhone 4S model was introduced last October.

Samsung has launched its own music service on the Galaxy S3, putting itself head-to-head with Apple. It has previously rebranded existing music and video services.

“Samsung is not known for our content services; we make good hardware products but we haven’t done much in the content space but that’s changing,” T.J. Kang, senior vice president of Samsung Electronics’ Media Solution Center, said.

“We are doing it to create a better experience for our users. There are things we could do better if we have complete control over all of the service.”

In a departure from its predecessor, whose look and feel became the main subject of the legal dispute with Apple, the latest Galaxy has a more rounded outline. It also has voice recognition, dubbed S Voice, which will inevitably be compared with Apple’s Siri, and image recognition software that can tag and share photographs.

Prices vary depending on the contract. A model with 16 gigabytes of memory costs up to 189 pounds ($300) under a 12-month contract with Vodafone. A similar package for the iPhone 4s costs 159 pounds, but comes with a more expensive monthly data plan.

Samsung said it will release the S3 via 296 carriers in 145 countries by July.

Samsung – whose shares have gained 82 percent since late-August, beating Apple’s 58 percent rise – is now banking on an aggressive marketing campaign ahead of the summer London Olympics to further drive sales. It has said its mobile market share in China doubled after the 2008 Beijing Olympics.

“The S3 is supported by an unprecedented promotional campaign,” said Geoff Blaber, an analyst at CCS Insight in London. “Samsung’s timing with the Galaxy S3 is perfect.” DM