Analysis: Mangaung doesn't matter. Or does it?

Analysis: Mangaung doesn’t matter. Or does it? 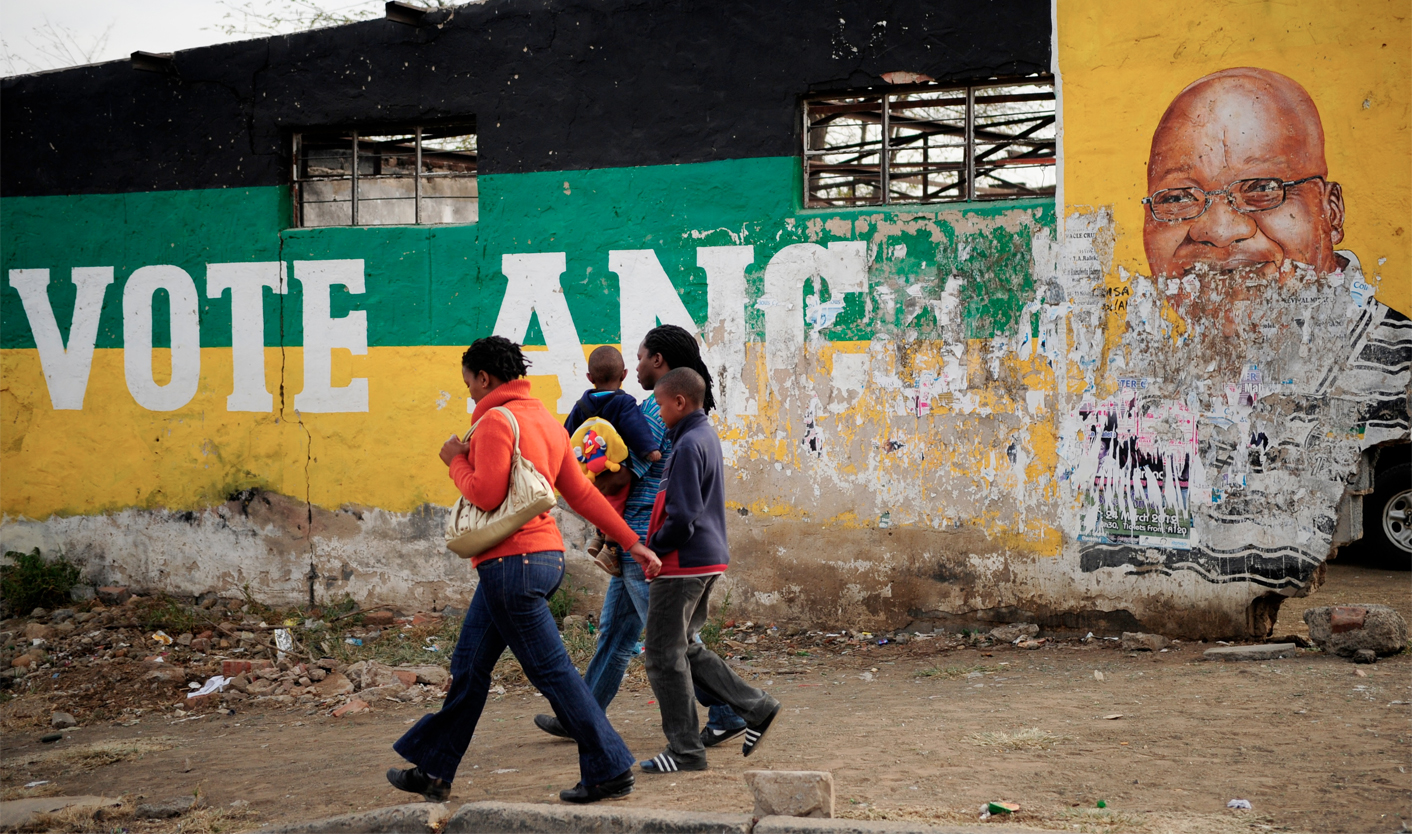 Six months before the ANC’s big Mangaung conference and already the political lobbying, machinations and conspiracies are reaching massive levels of intensity. But does any of it matter and, if so, to whom? By CHRIS GIBBONS

Throw yourself forward to January next year. You’ve survived Christmas and the ANC’s National Conference. Your hangover has gone, your digestive system is slowly returning to normal and a new ANC national executive committee has been elected. The plastic tree is being folded away, the fairy removed from the top and there is a new ANC top six, the people who run the ANC on a day-to-day basis.

Unlike Polokwane in 2007, Mangaung went off peacefully, just as ANC secretary-general Gwede Mantashe promised it would. No speakers were howled down, no one stood on tables chanting, the balloting was carefully monitored and even more carefully audited. The end result: the presidency of the ANC, and with it the presidency of South Africa, went to…

Stop! Stop right there. The next piece of that unfinished sentence is irrelevant. Write in whichever name appeals to you. Go on, try it. Jacob Zuma? Tokyo Sexwale? Kgalema Motlanthe? They’re the three front-runners, according to most pundits. Or what about some more exotic candidates? Cyril Ramaphosa? Lindiwe Sisulu? You could even write Julius Malema or Helen Zille. It wouldn’t make a scrap of difference to the nation.

That’s because the challenges – isn’t that such a discreet, euphemistic word? – the challenges facing the leader of the ANC will look identical in January, 2013, to the way they look now. South Africa will still have 25% formal unemployment, and it will still be 40% when you add in all those that have given up looking for work. We will still have around 13 million people receiving social grants. The death rate from HIV/Aids will look much the same as it does today, teacher absenteeism will still plague government schools and  state hospitals will still be plagued by inefficiencies.

Here and there, service delivery protests will continue to morph into mini-riots and police will fire tear gas and rubber bullets, just as they have done for the past couple of years. The challenges make up a long list and you know them well.

The solutions to the challenges will also look familiar. The incumbent, Jacob Zuma, has precious few answers to the big questions right now: re-election won’t spur him overnight into furious thought and activity. Nor should you think that if the ANC does decide to dump Zuma that his successor would enter Tuynhuys with a briefcase full of bright ideas. All the answers anyone needs are already there, on the table, waiting to be implemented.

In fairness, the things that government is getting right will also proceed much as they are at the moment. Infrastructure will be built, trade missions will continue here and there, the next steps will be taken along the road to the SKA and so on. It’s not all bad news out there – far from it!

So what’s the fuss about, then? Why all the pre-Mangaung frenzy?

The outcome won’t matter to you or me, but to a small group of people, it matters very much indeed. A very senior source, who works closely with one particular Gauteng provincial government, described it to me as follows: “The department is now almost completely dysfunctional – far worse than when we last spoke. At every meeting, it’s the Mokonyane supporters against the Mashatile supporters. They’d take guns in if they could!”

This is a person of enormous professional integrity and a very considerable international reputation. We last discussed the problems in this department about 18 months ago. As he spoke to me, he threw his hands up in despair. He was losing the battle. You see it’s once again all about cadre deployment. If I win, I get to hand out the jobs and you are on the street. If you win, well… that’s not going to happen!

To be more specific would be to compromise my source’s identity, but suffice it to say that this is a provincial department theoretically at the forefront of government’s drive to improve the lives of all South Africans. It’s not happening, according to the source, because of the political infighting and jockeying for power.

The tragedy is that in January 2013, the process will begin afresh. Maybe I didn’t win this time – well, I’ll make sure that I do next time and one of the ways I achieve that is by sabotaging you and your work. If you look bad with the party bosses, I’ll look good. The party bosses are all that matters.

It’s a state of affairs that, for once, can very squarely be blamed on apartheid. A generation of ANC leaders were forced to flee the country for places like Moscow, or they received support from Beijing. They learnt the party system sitting at the feet of masters and brought it back with them from exile. Similar socialist and communist philosophies sustained their colleagues in jails like Robben Island. And for those who remained at home, the standard of education was so awful that politics was the only way out of the townships. For many that’s still very much the case.

My source is someone who could hop on a plane at any time and land a prestigious job anywhere in the world, but not so the people being criticised, the supporters of Mrs Mokonyane or minister Mashatile. For them, it’s government service or it’s nothing – without it, they’d be back on the side of the road in a flash. It’s why the infighting is so brutal and it’s why, for them, what happens at Mangaung is vital. A single word describes it: survival. DM